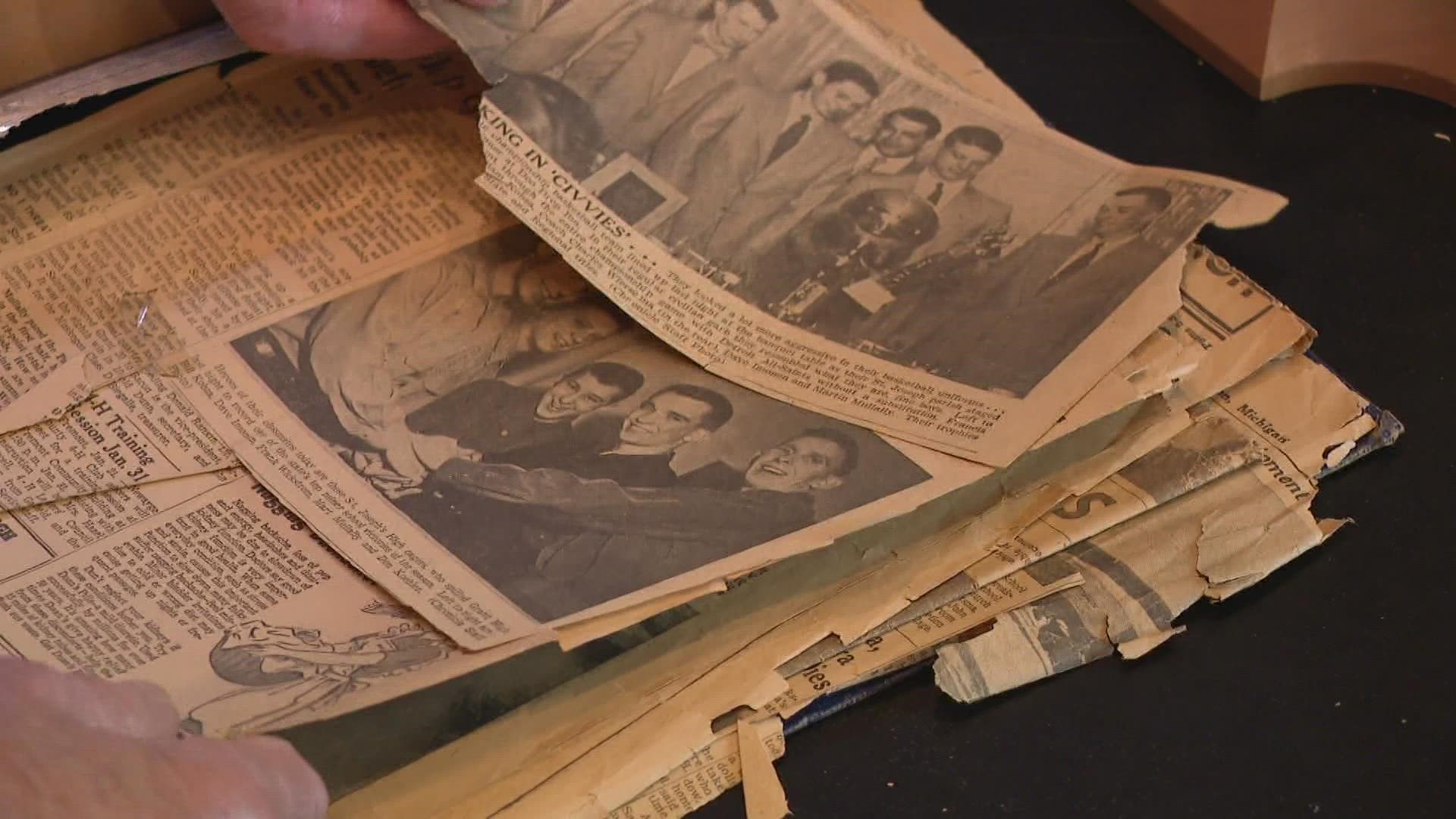 MUSKEGON, Mich. — This is kind of the ultimate 'Go-Out-in-a-Blaze-of-Glory,' story.

Winning a state championship in your high school's final year of existence, assuring that nobody and no other team can erase that accomplishment.

Three of the remaining five members of Muskegon St. Joseph's 1953 boys' basketball title team gathered to reminisce about the determination, and the one free throw, that pushed the Saints to upset the state's best team.

Muskegon St. Joseph's High School used to be located on the corner of 5th and Monroe streets downtown. It was a small Catholic institution that saw dwindling enrollment through the late 1940s and into the early 1950s.

"We hardly had any students," said Bob Bolduc, 84, who was a sophomore at the time. "It was announced that the school would close [at the end of the 1953 school year] and merge with Muskegon Catholic Central High School the following school year."

That meant the varsity boys basketball team, which was made up of several players who had been together since elementary school, had once last shot at winning a state championship.

Credit: 13 ON YOUR SIDE
In 1952, the students at Muskegon St. Joseph's H.S. learned their school was closing. The boys' basketball team decided it wanted to go out in style.

Credit: 13 ON YOUR SIDE
5 of the twelve members of the 1953 St. Joseph's state basketball title team are still alive. They gather every summer to reminisce about that victory.

"Our school didn't have much money," added Bolduc. "We didn't have a bus or our own gymnasium to practice in."

The Saints' home games were hosted by nearby Nelson Junior High School while their practices were held at Muskegon High School.

"When we went to Muskegon [High School] to practice, we'd scrimmage against the Big Reds, which were a Class-A team," said Bolduc, who was one of the Saints shooting guards. "We were a Class-D school, so I truly believe that was one of the reasons we got so good that season."

Donald Koehler was the senior center and team captain in 1953 and remembers every detail of the team's championship journey.

"We were all looking forward to facing this team out of Detroit who was considered the number 1 team, regardless of Class," Koehler said. "We got our wish."

The team was called 'Detroit All Saints.' They were 24-0 and set to face Muskegon St. Joseph's in the title game, which was held that year at Jenison Fieldhouse on the campus of Michigan State University.

"They were much bigger and taller than us, but we had a strategy going in," said Koehler. "Drive the lane, draw their defenders, then pass to our guards on the wings to hopefully make uncontested shots."

The St. Joseph's shooters were on all night, which allowed the Saints to stay within four points throughout the game. They also found a way to get to the free throw line, which led to two of Detroit's best players to foul out.

"Believe it or not, a free throw was the shot of the game for us," Koehler recalled. "A fellow by the name of Bill Kobza only had one point, and it was the point that mattered most."

Koehler says Kobza stole a pass from a Detroit player with time winding down in regulation, and the Saints trailing, 51-50.

"He was given one free throw and made it," Koehler said. "That sent the game to overtime tied at 51.

68 years after that, these teammates can't stop getting together every year with the trophies, the brittle and yellowing newspaper clippings and their memories that refuse to fade.

"I bet if you look through Michigan high school basketball record books, you won't find any other teams that won a state championship the same year their school closed," said Bolduc. 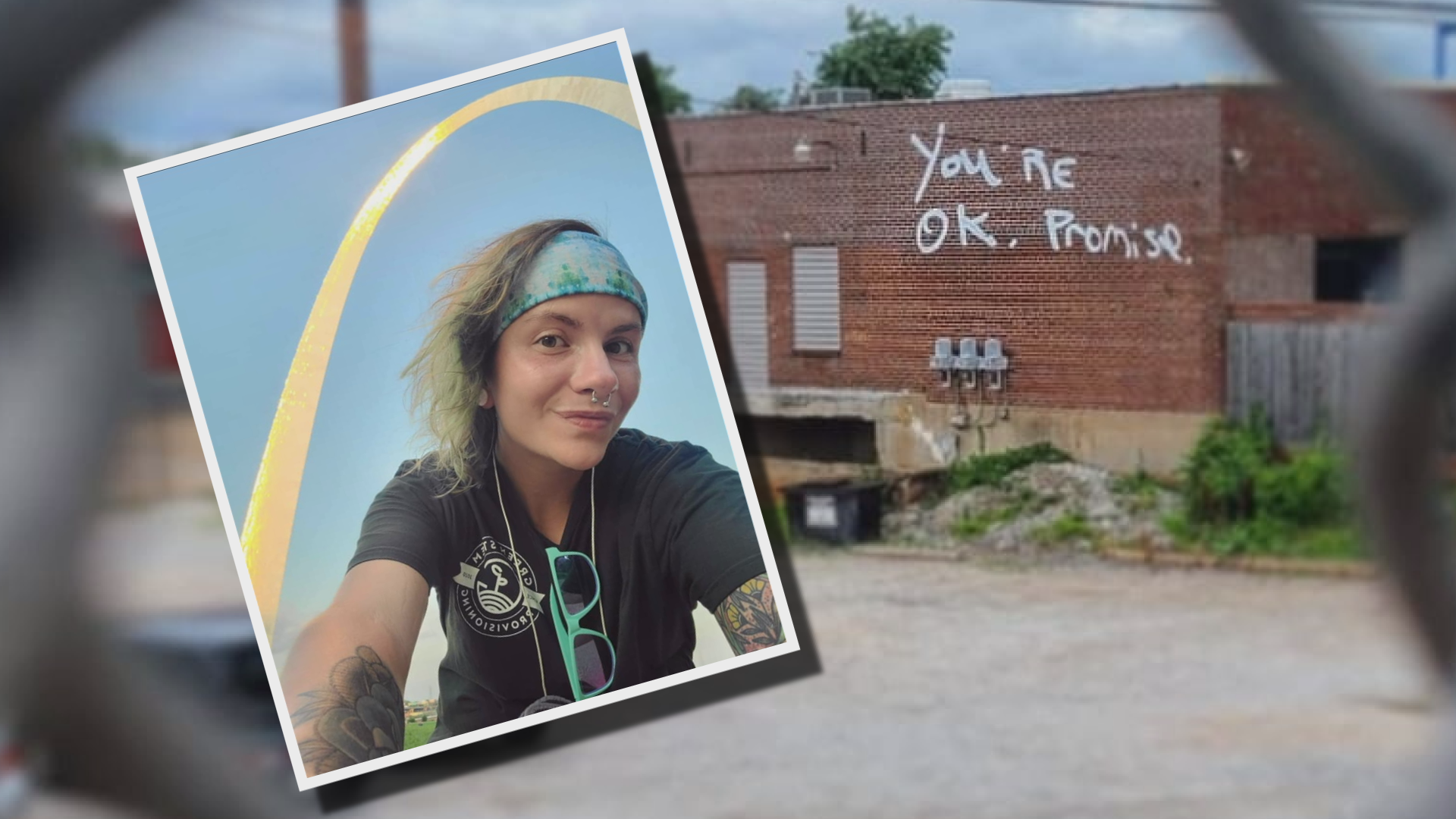