Jim Solak of Edmore, Mi. became captivated by pigeons when he was 12 years old. Today, he owns 102 of them. Their friendship helps him deal with pandemic isolation. 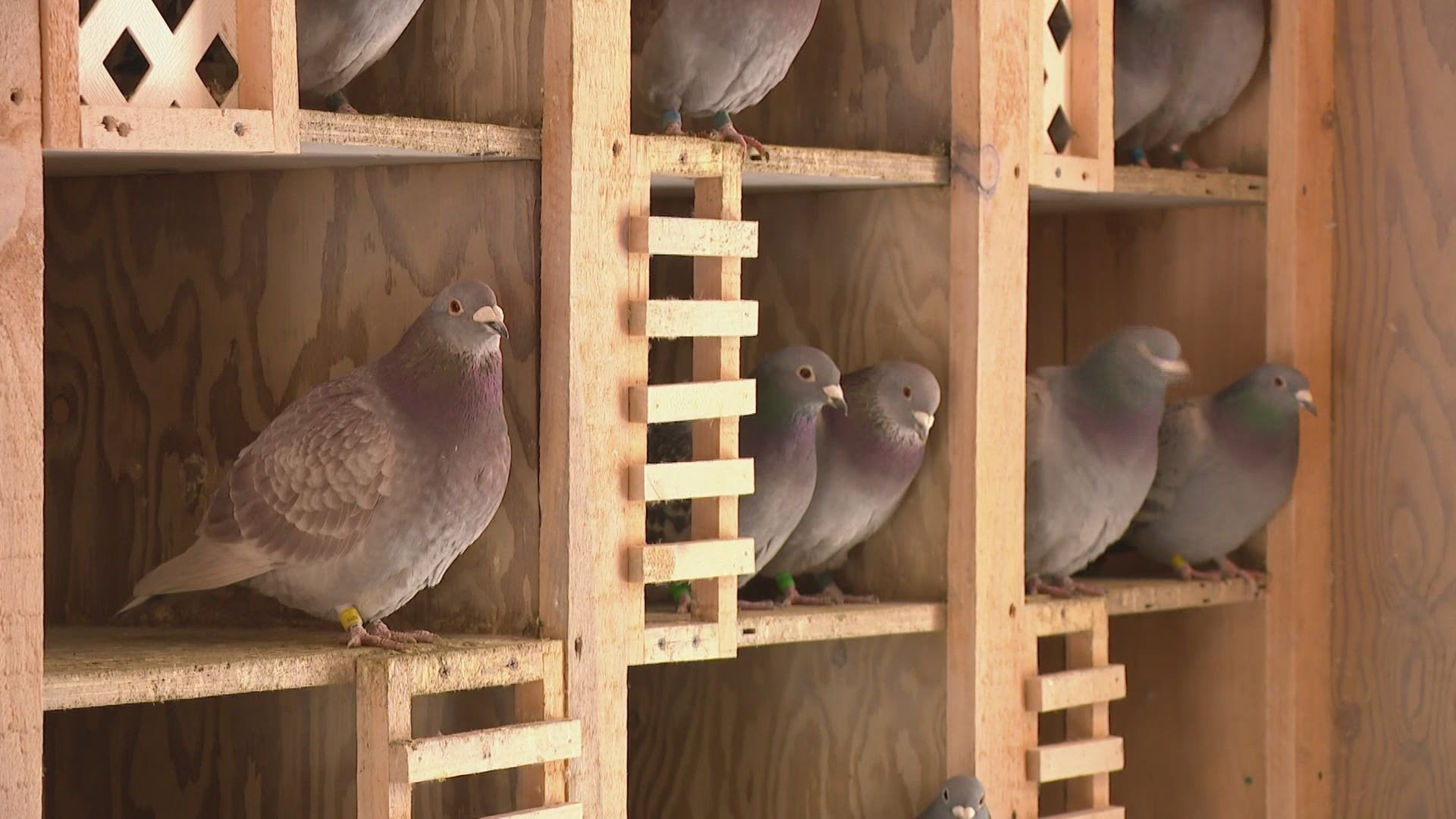 EDMORE, Mich. — For almost a full year, COVID-19 has forced us to cope with has seemed like being in an alternate reality. A man from Edmore, Michigan, who recently lost his wife and lives in isolation, has found than pens filled with pigeons are what helps bring him peace from the pandemic.

When James Solak was 12 years old, he recalls sitting on the porch of his Detroit home and seeing a pigeon swoop from the sky down to about 6-feet off the ground, collide with a car antenna and fall to the ground.

"After the bird hit the antenna, it spun around several times," said Solak, 79. "I saw the pigeon craw underneath the car."

Solak says he ran over to the car, reached under it, gently grabbed the bird and brought it home.

"I tried to take care of it, but it suddenly found strength to break free from my hands and fly away," Solak said.

Ever since that moment, Solak says he's been fascinated with pigeons.

"They're athletes," he said. "I am amazed at what they can do, how much they can stand, the endurance they have and what hardships they go through."

Solak knows a thing or two about hardships as well. Life hasn't been the same since he lost his wife of nearly 30 years, Margaret, who passed away in 2014.

When COVID-19 hit Michigan in March, 2020, the silence Solak was living in got much louder.

"It's been a struggle being alone," added Solak. "I don't move like I used to."

What motivates him every day live inside the three wooden structures that dot his backyard. They're pens filled with homing pigeons.

"I have 102 pigeons," Solak said, with a smile. "I raise them up from babies, train them and take care of them."

Every morning, with his dogs Jedah and Susie flanking him, Solak ventures back to the pens to check on and feed his feathery friends.

"It's their resilience that amazes me," he said. "I've had pigeons that flew home with broken legs; I'd put a splint on it and in ten days, the bird was healed.

"I've also had pigeons come home with huge cuts on their bodies from being attacked by hawks."

Solak says the best trained homing pigeons can fly home from 500 miles away in one day.

"I like to let them out to get some exercise," said Solak.

He opens the hatch on the pen, goes inside, and the pigeons take off in one giant flock.

"I always let them out when they're hungry," Solak said. "The only way you can train pigeons is through hunger."

Solak sits on the small, wooden bench near one of the pens, looks toward the heavens and takes in the air show.

"They fly around in circles for 15 to 30 minutes," said Solak. "When they get tired, then come back, land and go inside the pens."

Once the flock starts flying lower and lower, Solak starts to whistle, letting the birds know that dinner is next.

Once every bird is back, Solak enters the pen and provides them with fresh food and water.

"It's exciting and enjoyable to me," said Solak.

Jim Solak is also a member of the Grand Rapids Racing Pigeon Club, and uses many of his pigeons to compete. He says he'd like to see more people become interested in pigeons, and is welcoming anybody with questions to reach out to him directly.

Jim Solak can be contacted via email: olddogjc@gmail.com 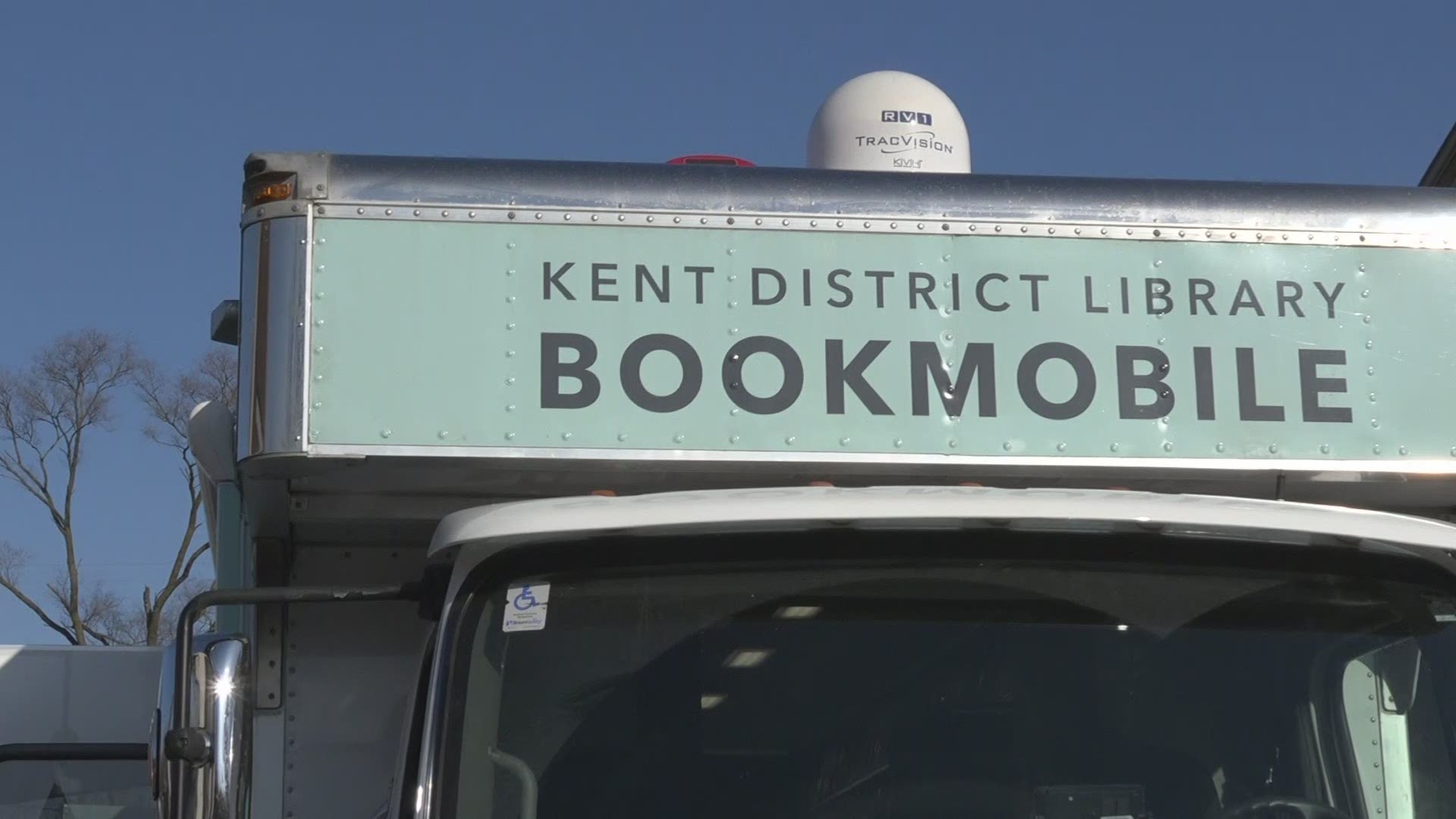