Elsa Green was "bugged out" by a beetle crawling on her hat, so she threw it. Her wedding bands were inside the hat. Don't worry; Dogo the dog to the rescue. 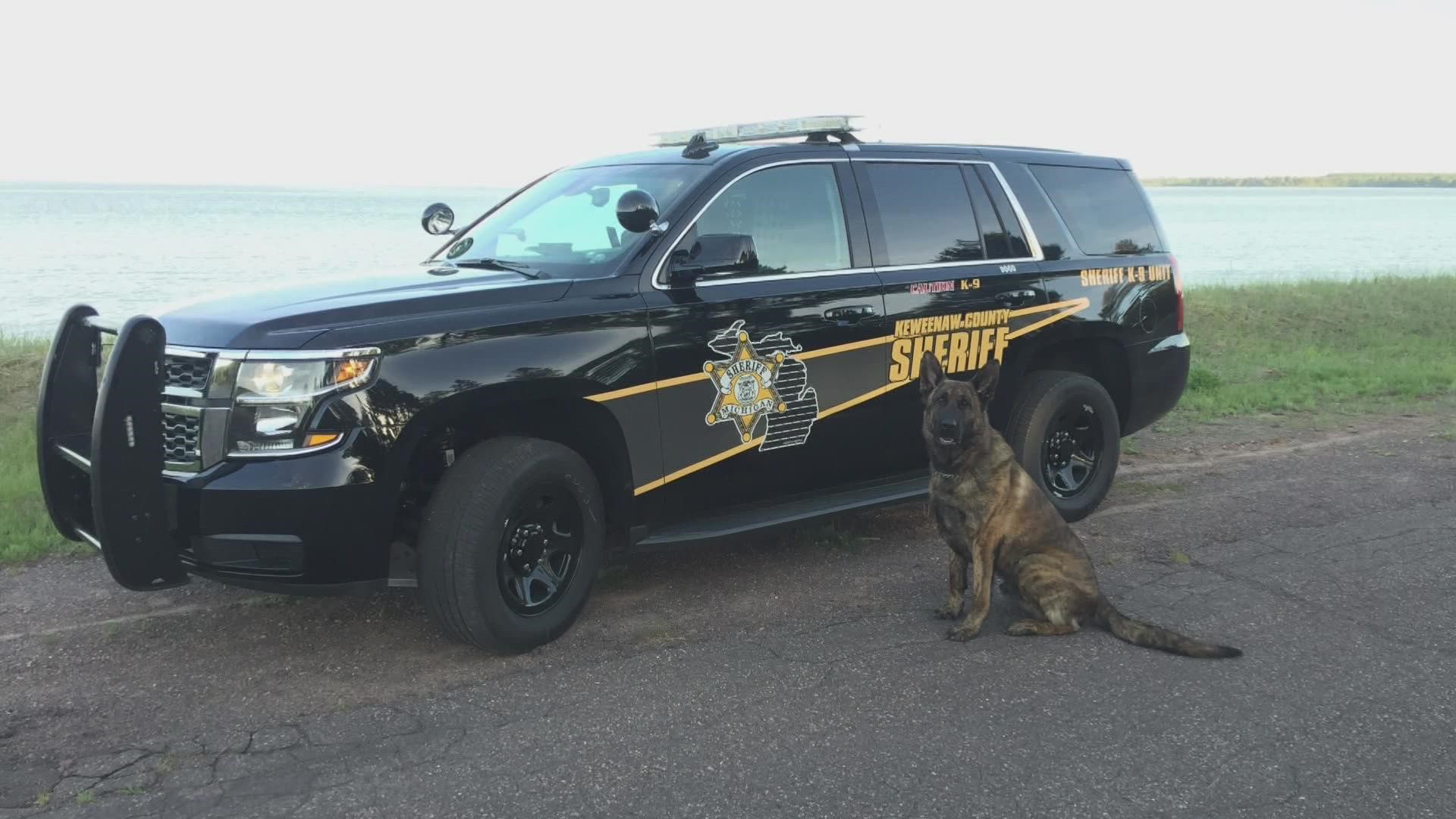 After what happened on July 26 in Michigan's Upper Peninsula, dogs are now "Marriage's Best Friend," too.

A bothersome bug led a beachgoer to toss her wedding ring-filled hat across the hot sand, requiring the local sheriff's department's crime-sniffing K-9 to unbury and find them.

Elsa Green and two of her friends were planning to spend the say at Eagle River Beach, which is located on the northwest side of the Keweenaw Peninsula, hugging the shoreline of Lake Superior.

"We got to the beach and found some space to put our stuff," said Green. "I always take my wedding rings off to apply sunscreen so I put them in my baseball cap that was sitting next to me."

Once she finished with the sunscreen, Elsa went to grab her rings from the hat but she wasn't able to.

"There was a big, ugly, nasty beetle crawling on it," Green said. "It freaked me out, so I threw my hat, and there went my rings."

Credit: Elsa Green
After being lost on a sandy beach, requiring a cop's K-9, crime-sniffing dog to find them, Elsa Green wedding ring and band are back on her finger.

Symbols of her 17-year marriage to her husband Bill Green were lost somewhere in the hot sand.

"My friends and I started looking for them, kind of gently touching the sand, but they were nowhere," added Green. "Literally, I was just trying to focus on breathing so I didn't have a panic attack."

Elsa says one of her girlfriends saw a man on the beach with a metal detector, so she approached him, explained what had happened and asked for his help.

"He kindly came over and tried to use the metal detector in the area [where the rings likely were], but he didn't have any success," said Green.

That's when Elsa's other friend, Colleen, offered to go to the local sheriff's department to see if they could help.

"There's no cell service on Eagle River Beach so, at the very least, maybe she can make a phone call from the sheriff's office," Green said.

When Colleen got to the Keweenaw County Sheriff's Department, she was greeted by Sgt. Brad Pelli. She shared with him what had happened, but he said there wasn't much his department could do.

"After [Colleen] left, I thought about taking my partner with me and giving it a shot," said Sgt. Pelli.

His partner is a crime-sniffing K-9 named Dogo.

"He's trained in article search, so anything with human odor on it he's going to detect," said Sgt. Pelli. "Most of the time, Dogo searches for stolen property."

About five minutes later, Sgt. Pelli and Dogo arrived at the beach and approached Elsa's group.

"The officer asked us to pick up our stuff and go back and wait on the pavement because if we're too close, the dog will smell us and not the rings," added Green.

Dogo immediately went to work, pushing his nose just above the sand's surface and walked around the area where Elsa's hat landed.

"He hit a spot and just laid down," said Green.

"When Dogo lays down, that's a signal to me that he's located the item that we're looking for," said Sgt. Pelli. "I walked right up to where his nose was between his paws, brushed aside some of the sand, and there was a ring."

Elsa says she was beyond excited to have one of the rings back, but there was another one still out there.

"Sgt. Pelli loaded Dogo back into his vehicle, went back out to the location where he located the first ring, and sure enough, after sweeping away more of the sand, there was the other one," Green said.

Credit: Elsa Green
Moral of this story - maintaining a successful marriage is nothing to 'sniff' at, and befriending beetles is highly recommended.

Crisis averted, thanks to Dogo the ring-sniffing K-9.

"Dogo's favorite treat is vanilla ice cream so sometime before the end of the summer we plan to bring him some ice cream for his amazing find," said Green. 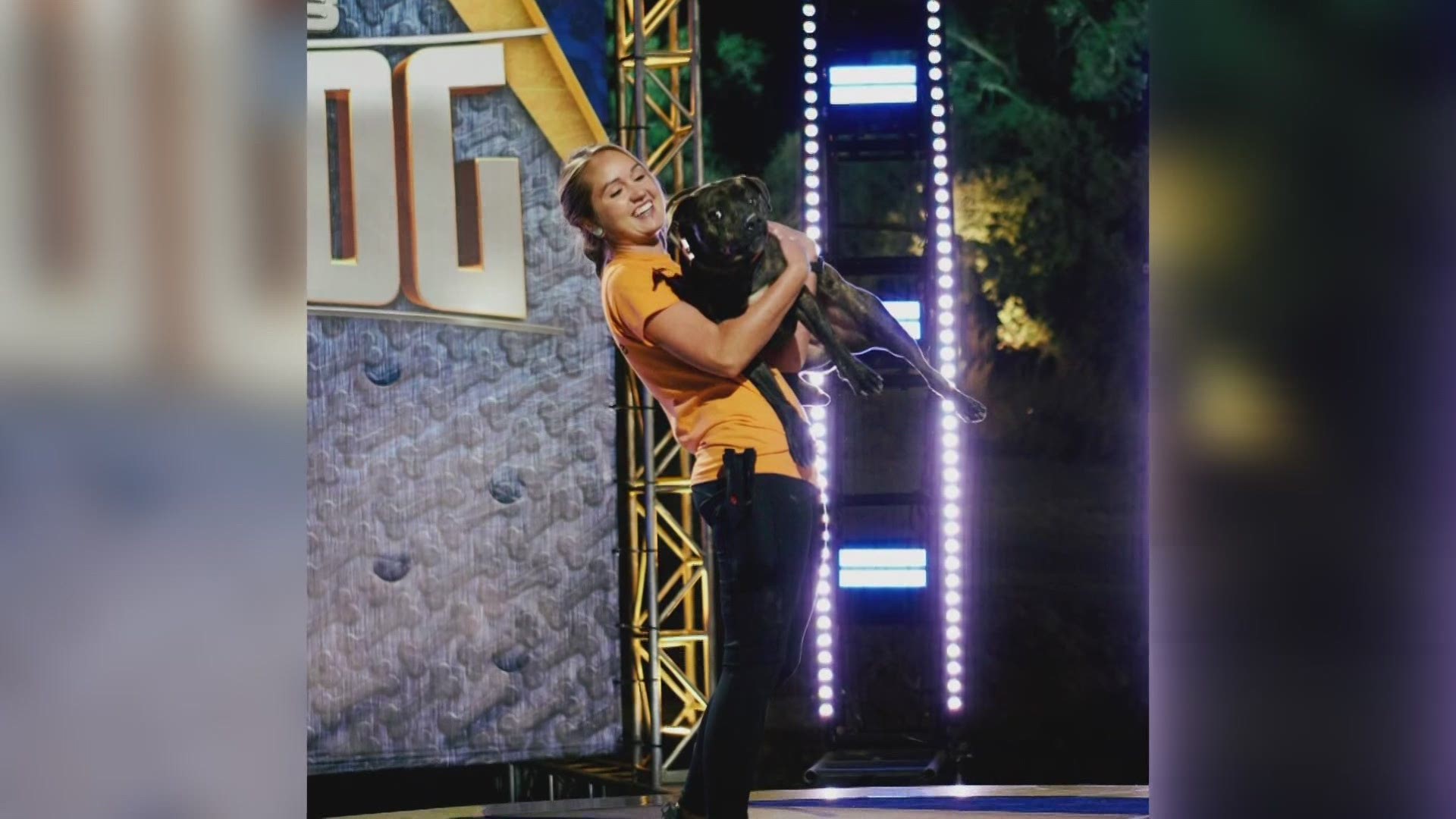