SASQUATCH SIGHTINGS: Many happening in Michigan thanks to man's encounter

Chris Ketchum swears he saw the footprints of a Bigfoot while growing up in Mason. More than five decades later, he's making sure sightings are more common. 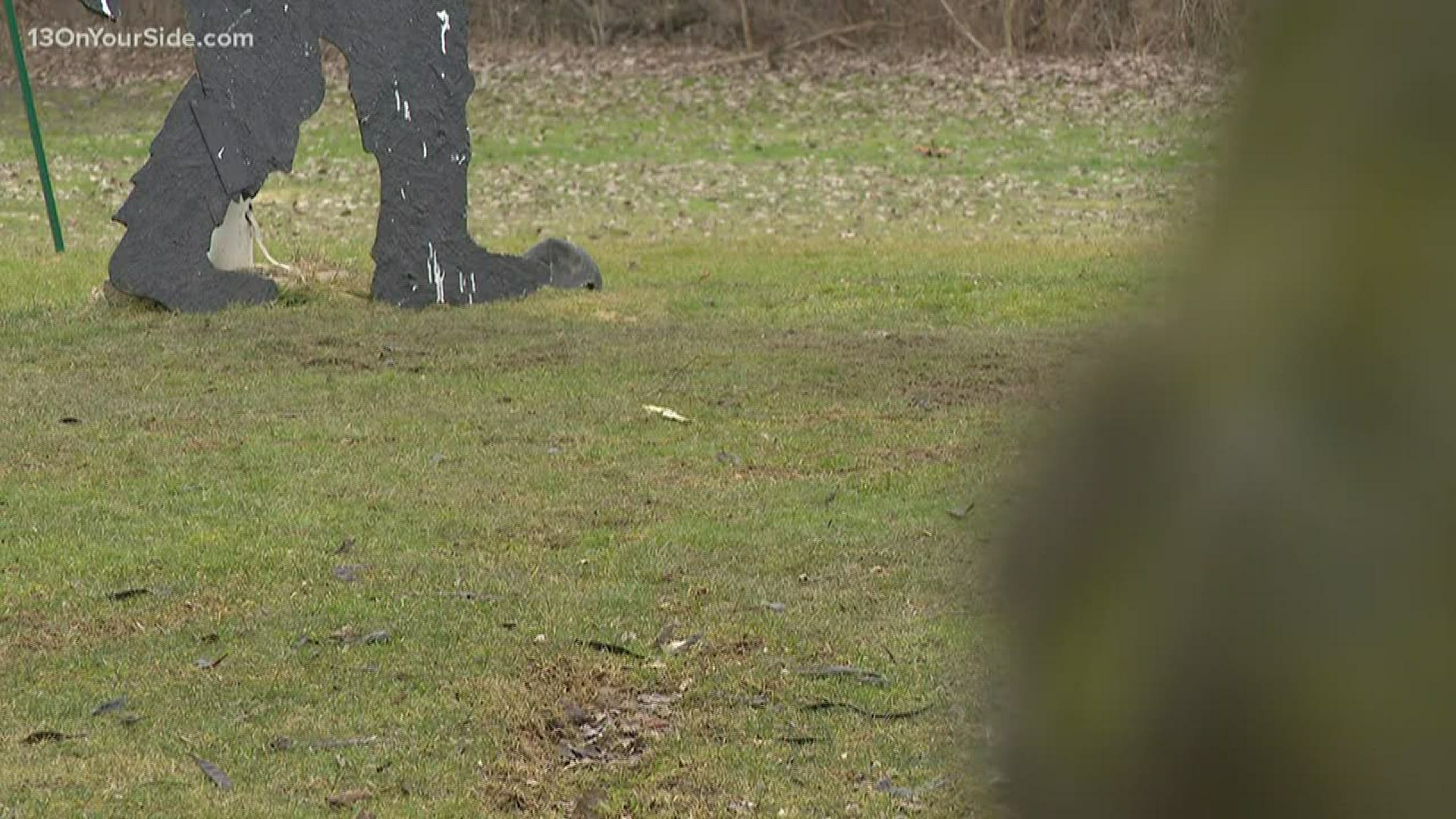 MASON, Mich. — The Sasquatch has been a slice of North American folklore for decades. These tall ape-like creatures supposedly dwell in the wilderness, with most of the supposed sightings in the United States happening in the Pacific Northwest and in some portions of Canada.

Credit: WZZM
The legend of Bigfoot has been a part of North American folklore for generations. Many people claim to have seen one.

A Mid-Michigan man is making sure sightings are more common in the Mitten State, thanks to an encounter he claims to have had as a kid and the creations he started making 50 years after it happened.

It was February 1968. Chris Ketchum was 15 years old, growing up in Mason, Michigan, which is located 15 miles south of Lansing. He was tending to some of his neighbor's horses when he noticed something unusual while crossing M-36.

"I got out to the road and there was like a huge footprint," said Ketchum, 67. "I then saw another one on the other side of the road, so whatever it was had a stride of 8 or 9 feet."

Ketchum followed the two footprints, then looked toward the open field on the other side of the road.

"I could see a trail of them going all the way back to the woods," said Ketchum. "Each footprint was at least 15 inches long."

"I figured, it had to be Bigfoot," said Ketchum. "Having spent all my life in Mason, I've heard many people say they've seen them around these parts."

Fifty-two years later, Ketchum has decided to channel the experience he had as a teenager by way of a unique woodworking project.

Credit: WZZM
Thanks to what he believes to be a Bigfoot sighting when he was a teenager, Chris Ketchum carves out giant Sasquatch silhouettes and sells them.

In early 2020, Ketchum bought a large sheet of plywood from an area lumber store. He traced out an 8-foot-tall image of Bigfoot on it, used a saw to cut it out, painted it black and then stood it in his yard.

"My reasoning for making it was because I always wanted one," said Ketchum. "It reminded me of my encounter, and it was my way of reminding those who see it that something's out there."

Credit: WZZM
When Chris Ketchum finishes a Sasquatch silhouette, he stands it outside his pole barn so passers-by can see them.

His newly-crafted yard decoration caught more attention than he ever realized.

"People driving by would slow down and stop," said Ketchum. "They had to look twice, and some turn around and drive by again."

Not only were people stopping, they started to approach Ketchum and ask how they could get a giant, wooden Sasquatch for themselves.

"I just started churning them out," said Ketchum. "I've made and delivered several to people in the Mason and Dansville area, but I'm not opposed to making them for people who live elsewhere in Michigan."

Credit: WZZM
Once he finishes a Sasquatch silhouette, Chris delivers it. Current deliveries have stopped due to Michigan's COVID-19 'Stay-at-Home' order.

So, with his dog, Max, keeping him company, Ketchum spends several hours each day in the pole barn, adjacent to his house, making Bigfoots.

Credit: WZZM
This is what one of Chris Ketchum's 8-foot-tall Sasquatch silhouettes looks like when it's finished and ready for delivery.

The memory he has of those tracks in the snow a half century ago will never leave him, especially now that he's in the business of creating Sasquatch sightings for others, too.

Credit: WZZM
Chris Ketchum says he can make up to three Sasquatch silhouettes per day, and will continue to make them as long as he can sell them.

While the COVID-19 pandemic continues, Ketchum says he's continuing to make more Bigfoots. If anybody is interested in purchasing one, they can contact him by phone at (517) 528-6611 or via email at csketch52@gmail.com.

He says he will deliver the Bigfoots, or people can come pick them up at his home, once the 'Stay-Home' Order is lifted.