"I've heard story after story of experiences that people have had here." - Jenn Carpenter 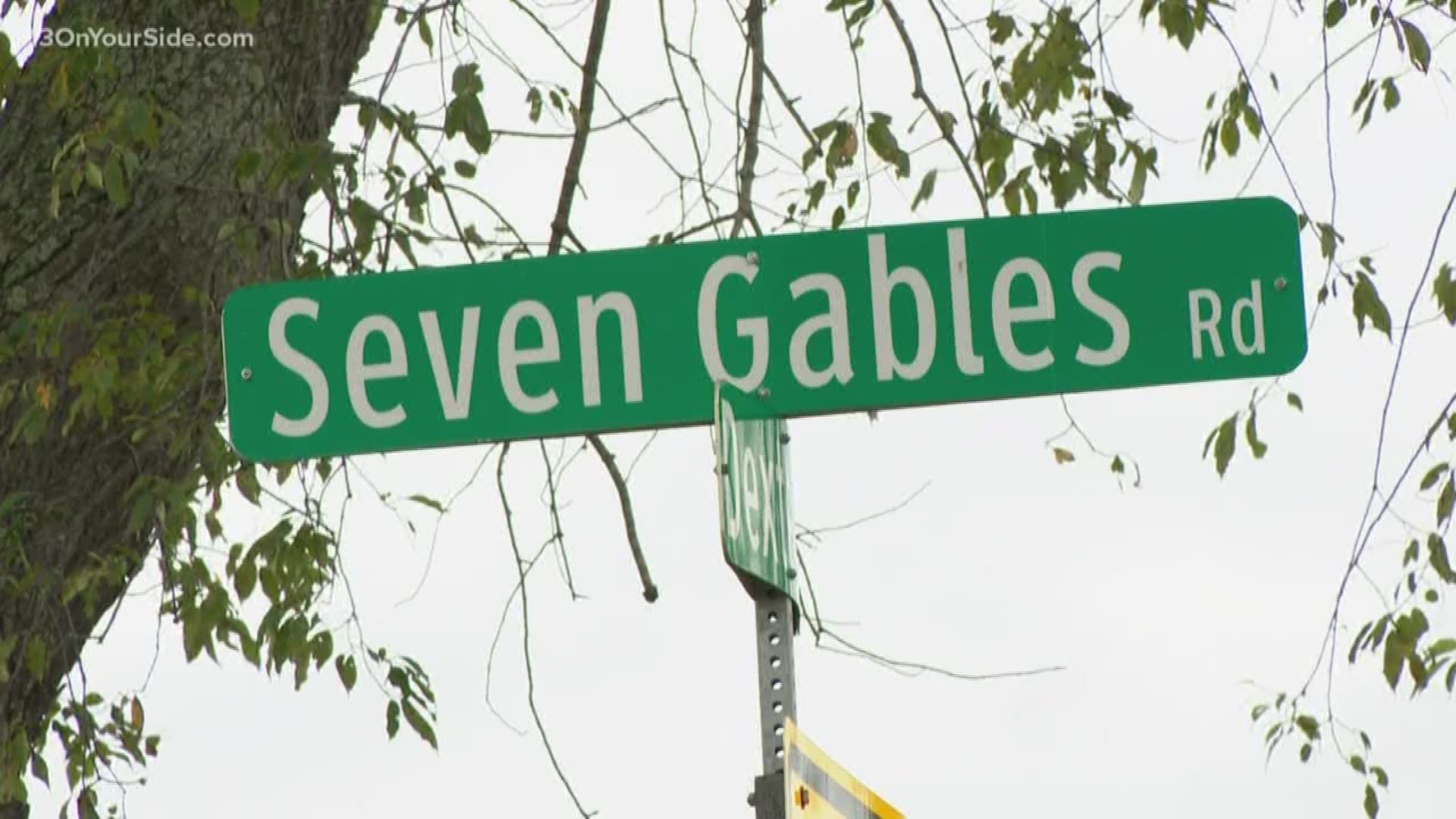 DANSVILLE, Mich. — From hospitals to hotels, lighthouses to landmarks and roads to restaurants, it's believed by many that gruesome histories and ghostly urban legends cling to certain locations around Michigan.

Credit: WZZM
Seven Gables Road in Dansville, Mich. is located 3 miles south of the village's downtown. It's considered to be the most haunted road in Michigan.

One of the roads in particular is Seven Gables Road in Dansville, Mich., which is a small community located about 25 miles southeast of Lansing.

Credit: WZZM
Seven Gables Road starts as a paved road. As you drive along it, the paved areas break up and it turns into a dirt road leading to the gate.

It's revered as the most haunted road in Michigan, and whether the legendary backstory of what happened there is true or not, present day thrill-seekers seem to always leave the area with countless unexplained and disturbing experiences.

Seven Gables is a dead-end road off Dexter Trail three miles south of downtown Dansville. It's a broken, bumpy passage that surrenders, "To this dirt road where there's five thousand acres of the State Game Area," said Jenn Carpenter, who authored the book, "Haunted Lansing". "There's really just one way in and it's past a red, wrought-iron, padlocked gate.

Credit: WZZM
Legend states, if you're past the gate and you hear a woman scream, the last person back on the other side of the gate will be the first to die within 3 days.

Credit: WZZM
Legend states, if you're past the gate and you hear a woman scream, the last person back on the other side of the gate will be the first to die within 3 days.

"The area is traversable only by foot and is overrun by rattlesnakes, coyotes and many believe by something else - an evil presence that can't be explained."

Carpenter says she has visited Seven Gables Road many times and has never left without experiencing something odd. 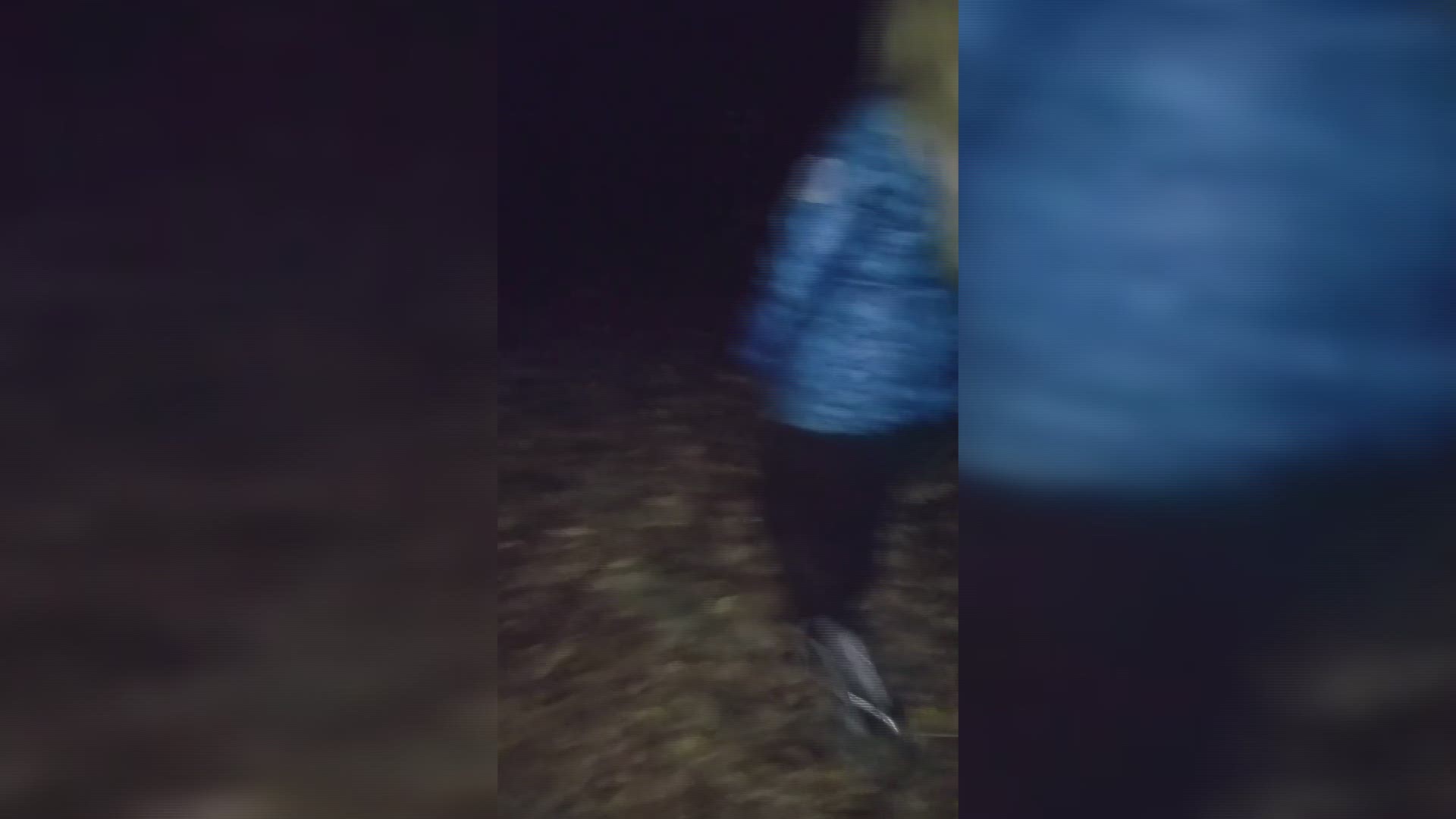 "One night, I was beyond the gate and turned [my phone video camera on] just to get a look around and suddenly a very visible mist-type figure ran right past very quickly," said Carpenter. "I saw it that night. Not just on camera, but with my eyes as it ran by."

The eerie happenings at Seven Gables are believed to be connected to a legendary story about the area that's transcended generations for a century.

"According to lore, a witch once lived beyond the gate and some marauders came through one night, trapped her in her house and burned it to the ground," Carpenter states. "Before she died, the witch cursed the land, making it uninhabitable."

Credit: Jenn Carpenter
This is the house that used to exist near the end of Seven Gables Rd. It's where lore states the father went crazy, killed his kids, then hung himself.

Carpenter says the curse goes on to state, "If you are on the other side of the gate, exploring her land, and you hear a woman scream, the last person over the gate will be dead within three days.

"And years after the witch's curse, a family build a house on the land. The father started to go crazy and then one night he killed his whole family [by hanging] them from the gables of the house. He then set the house on fire and hung himself from what people call the 'hanging tree.'"

Christopher Greenshields, a lifelong Mason, Mich. native, says he has visited and hiked the trails past the Seven Gables Road gate for 30 years. When he was camping with a friend one night, he says heard the scream.

"It was dead quiet at two o'clock in the morning," said Greenshields, who authored the book, "The Witch of Seven Gables Vol. 1." "We heard what sounded like a woman screaming, and it was close.

"We started looking around for any sign of people but didn't see anything."

Greenshields also claims to be one of the few people who know where the witch's house once stood, and when visiting the location, he's seen the concrete foundation protruding from the ground and chunks of large stones that were used to build the walls.

"I found a hand-wrought hasp buried in the bramble near where the house was," added Greenshields. "It was rusty and clearly more than a century old.

"I brought it to the Mason County Historical Society for them to put on display."

Gierke founded the Michigan Area Paranormal Society in 2009 while Ryan is a psychic-medium.

"So far, everything we have found out here has been urban legend as far as the witch and the guy who murdered his family," said Gierke. "That being said, there is a lot of paranormal activity out here and we have no idea why."

"Every time I come out here I pick up on different spirits," added Ryan. "There have been nights I didn't want to be out here because I know we're being watched."

The investigation began around 8:30 p.m. It was pitch black along the trail beyond the gate. Moonlight died at the top of the trees, making the pathway pitch black. 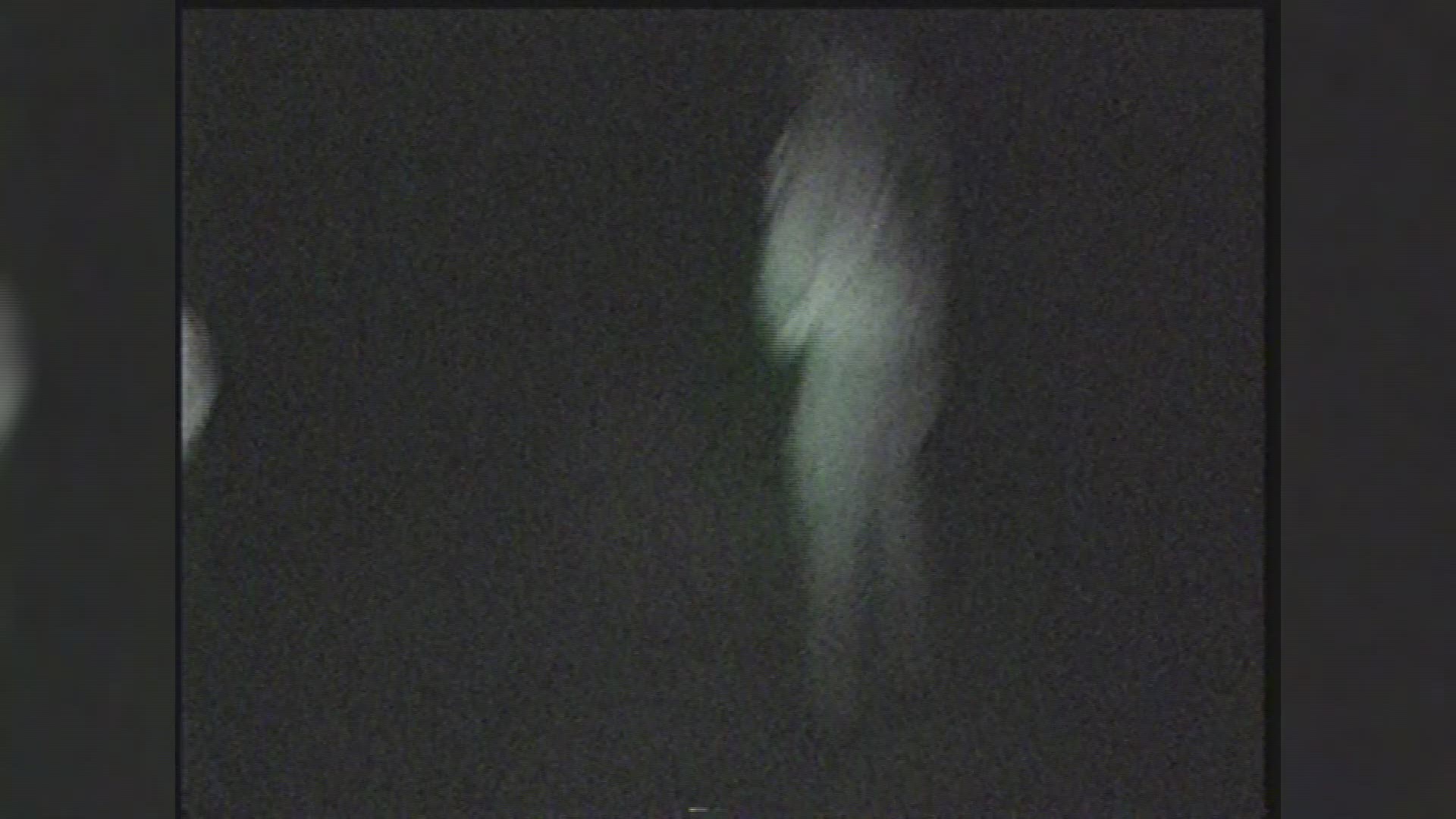 As the group began walking past the gate, their footsteps were the only things disrupting the deafening silence.

"The deeper we go in, I get an icky feeling," said Ryan.

It didn't take long before Ryan saw something out of the ordinary.

"I keep seeing something stepping out of the woods up here," Ryan said as she pointed down the path. "There's two shadow people standing in the middle of the path facing us."

The group continued to walk deeper into the woods.

"I just saw a flash of light up there on the left side of the trail," Gierke said.

In the paranormal community, little flashes of light are called orbs, which are considered to be energy patterns of ghosts or entities.

After walking for close to three-quarters of a mile, the group stopped and Gierke turned his flashlight upwards and began illuminating a huge tree that was close to the trail.

Credit: WZZM
Close to a mile past the Seven Gables Road gate is a huge tree that, according to lore, is the 'Hanging Tree.'

"This is what's been passed down in urban legend as the 'hanging tree,'" described Gierke. "Legend has it that this big limb that used to come all the way over the trail was the spot where the gentleman who killed his family hung himself from.

"We'd always take pictures of this tree and absolutely none of the pictures would turn out. About six or seven years ago, this big limb finally succumbed and broke off the tree. Every time we have been back here since, we've taken pictures of that tree and they have turned out."

The group stood by the tree for a while and began talking about some other connections to Seven Gables Road, including its real-life link to a pair of high-profile child murders in the area.

Credit: Lansing State Journal
On July 9, 1970, 16 year old Laurie Murninghan was kidnapped and murdered in Lansing. Her body was discovered near Seven Gables Rd. in Dansville.

"In 1970, Laurie Murninghan's body was found out here," said Carpenter. "She was 16 years old and the daughter of Lansing's mayor at the time.

Thirty five years later, the body of 7-year-old Ricky Holland, a resident of Dansville, was also discovered in the State Game Area near Seven Gables Road.

"[Ricky's] adoptive parents had murdered him and coincidentally dumped his body in almost the exact location where Laurie Murninghan had been found," added Carpenter.

The group then began walking back toward the gate. Cat Ryan stopped a few times and took some pictures on her phone. Once everybody had returned past the gate, Ryan looked at the images and noticed some anomalies.

"I caught some orbs on camera," said Ryan. "These little flashes of light appeared and suddenly they were gone.

Credit: Cat Ryan
As the paranormal team returned from deep in the woods, Cat Ryan took a few pictures. On the photos are small lights that are believed to be orbs.

"It was a very active night out here, for sure."

So, is the century-old tale of Seven Gables Road all urban legend or is it real?

"I have done extensive research and scoured through records and archives and have not found anything to prove anything of that nature happened out here," said Carpenter. "But I think it's a little much to just try to discount."

There is one certainty. Everybody's got a story about Seven Gables Road if they've been there, especially if they decided to test fate beyond the gate.

If you know of a person or an item of interest that should be featured on "Our Michigan Life," please send a detailed email to 13 On Your Side's Brent Ashcroft: life@13onyourside.com.