Andrew Scheid is a West Michigan sprint car driver who is not only at the forefront of the racing scene in the state but also making a name for himself throughout the entire Midwest. 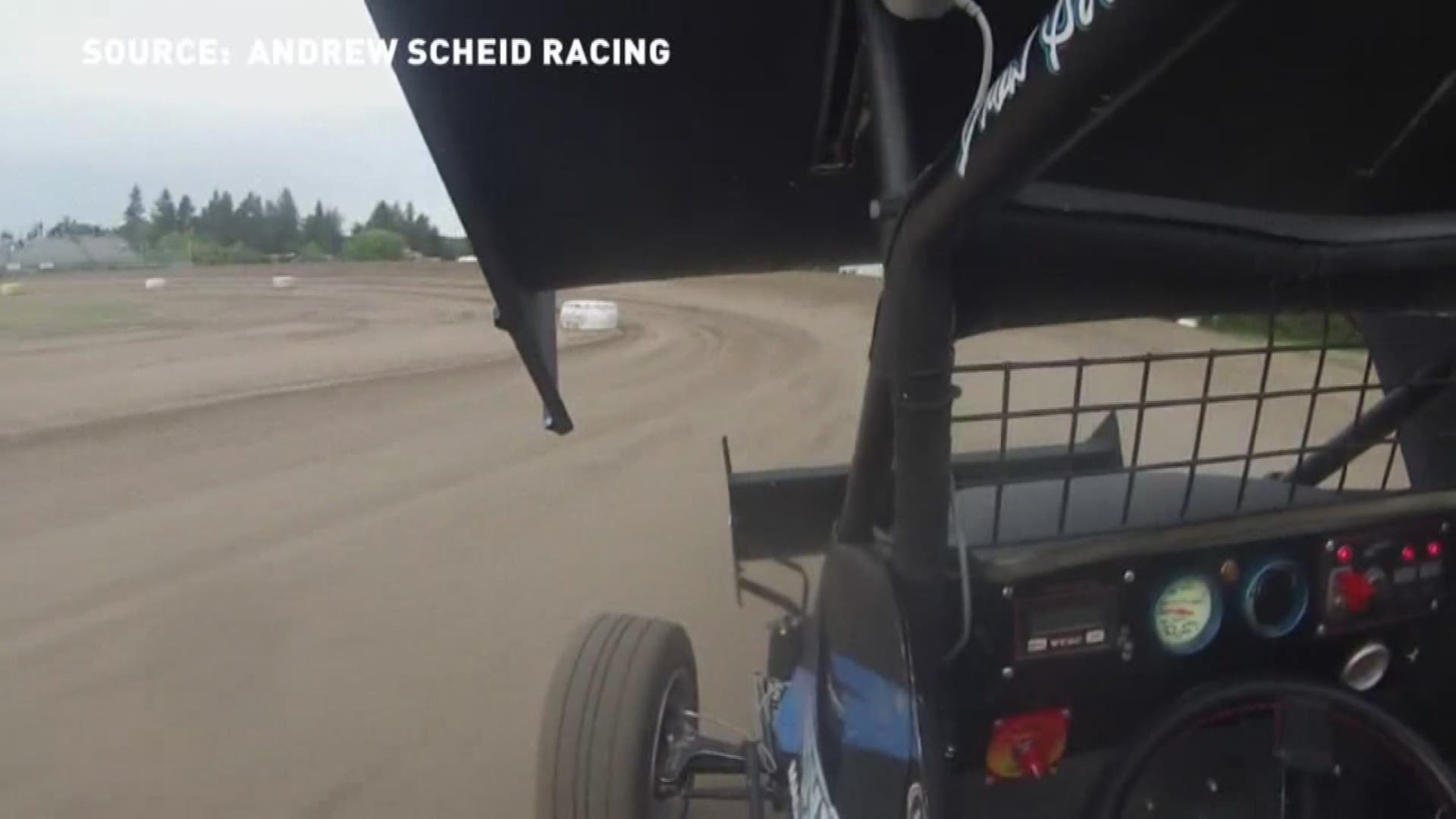 If you've never heard the name before, you'll likely never forget it after this read.

He's a West Michigan sprint car driver who is not only at the forefront of the racing scene in the state but also making a name for himself throughout the entire Midwest.

Scheid has been racing sprint cars since he was 11 years old and knows nothing other than winning. In 2016, he was the Merritt Speedway Champion, winning 10 feature races in 18 starts.

On a weekly basis, he's blowing away competitors who are two, sometimes three times his age. Scheid has won his last three Lightning Mini Sprint races, and on June 9 he captured a heat race at Hartford Speedway while driving a full-size Sprint car.

Andrew Scheid, 13, from Sparta was the 2016 Lightning Sprint track champion at Meritt Speedway, which is located in Lake City, Michigan. He&#39;s spending 2017 transitioning from mini sprints to full-size sprint cars.

"He's the youngest dirt sprint cup driver in Michigan racing history," said Jason Scheid, Andrew's father. "What he's doing is unprecedented when compared to the learning curve of several of the current drivers on the NASCAR circuit."

In the fall, he'll be an 8th grader in the Sparta school system, but he plans on spending this summer schooling drivers from across the state.

Since he started racing kart when he was 9 years old, Andrew has won 84 percent of the time. He won 88 kart races, including 3 kart championships; he's captured 24 Lightning Sprint wins, including a championship in 2016.

While he spends the 2017 season transitioning to the full-size sprint car, Andrew Scheid continues to focus on his ultimate goal in racing.

"I want to race World of Outlaw Sprint cars and NASCAR, just like Kyle Larson does; during the week, run World of Outlaws then go kick butt in NASCAR on the weekends."

Andrew Scheid's next race is Saturday, June 24, at Merritt Speedway, which is located in Lake City, Mich. He'll be racing in both the mini and the full-sized Sprint races. If he takes the checkered flag in the mini race, it'll be his fourth straight victory.

He says he'd be happy with a top 10 finish in the full-size Sprint race.

If you know of a story that would make a good feature for "Our Michigan Life", send Brent Ashcroft an email: brentashcroft@wzzm13.com