Creating 'symbols of sacrifice' has become this veteran's labor of love. 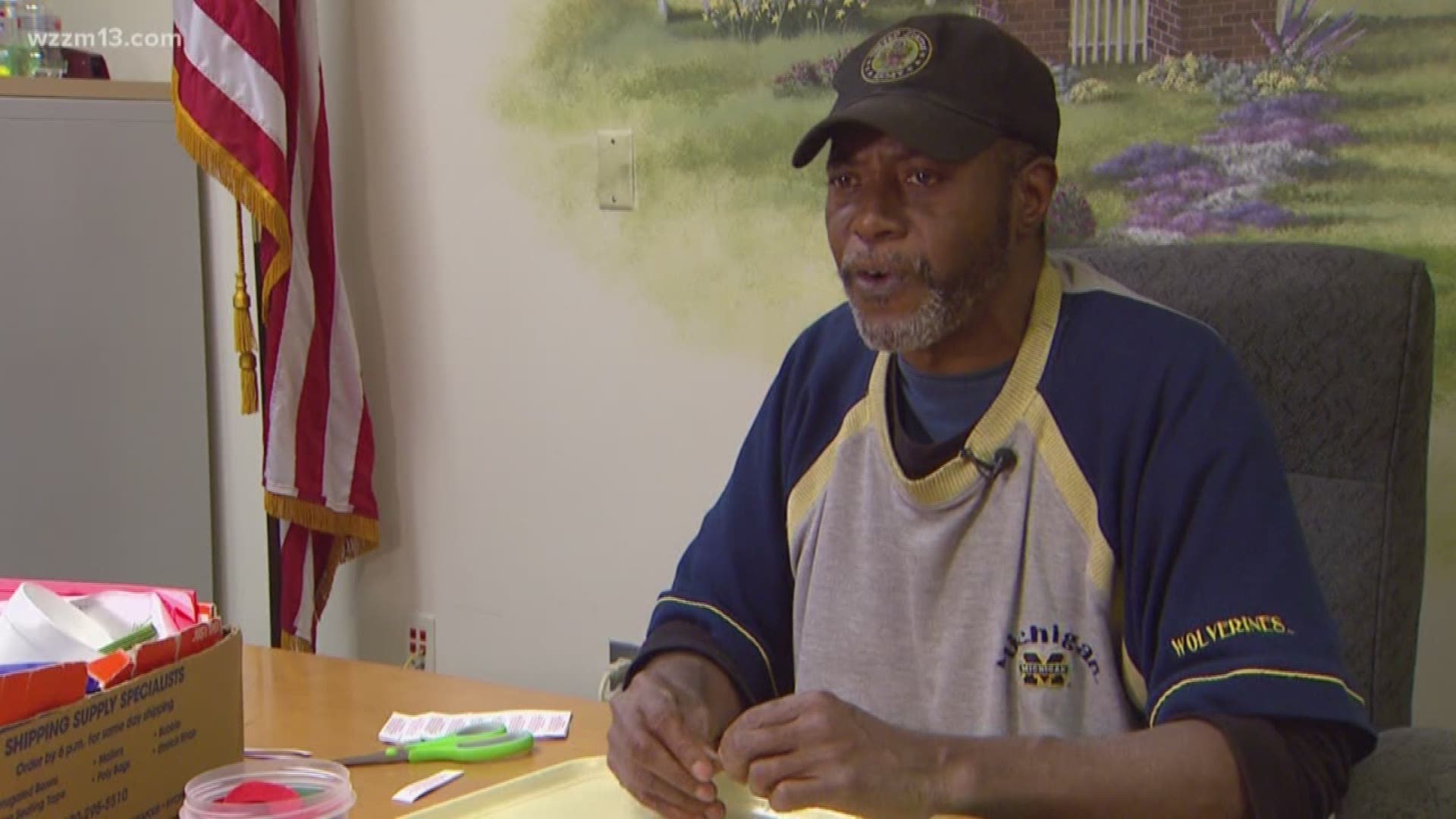 GRAND RAPIDS, Mich. - Veterans Day (originally known as Armistice Day) is upon us.

It's the official United States public holiday that honors military veterans and is observed annually on Nov. 11. The day also coincides with the anniversary of the end of World War I. The major hostilities of World War I formally ended at the 11th hour of the 11th day of the 11th month of the year 1918.

Along with the remembrance, this year's Veterans Day is also a milestone, marking exactly 100 years since World War I ended.

For the past century, the poppy (a small, red flower) has become the symbol of remembrance for the war dead.

"In its origin, it comes from an event that happened in France in 1915," said Karin Maag, history professor at Calvin College. "There was a battle there where a man died and his friend happened to be a lieutenant colonel in the Canadian Armed Forces."

His name was John McCrae.

After witnessing the death of his friend, McCrae was inspired to write a poem entitled "In Flanders Fields" which references poppies as the first flowers to grow in the churned-up earth of soldier's graves in Flanders, Belgium.

In Flanders fields the poppies blow

Between the crosses, row on row

That mark our place; and in the sky

Scarce heard amid the guns below

We are the Dead. Short days ago

Loved and were loved, and now we lie

Take up our quarrel with the foe!

To you from failing hands we throw

The torch; be yours to hold it high!

If ye break faith with us who die

We shall not sleep, though poppies grow

"Trench warfare in World War I really blasted the land out of all recognition, but the first plants that grew back were poppies," said Maag. "In the midst of all the carnage after that brutal war, these beautiful red flowers were signs of hope."

One hundred years later, the poppy is still one of the primary symbols of military sacrifice.

"I help promote the poppy program," said Margo Forrester, who serves as the American Legion Auxiliary Department of Michigan Poppy Chairman. "I try to get members across the state involved in ordering poppies which also gives income to the veterans.

"Last year in Kent and Ottawa Counties, our auxiliaries ordered over 10,000 poppies from veterans and we spent more than $6,000 of the proceeds back on [the veterans]."

Many of the poppies are made at the Grand Rapids Home for Veterans. Bill Stewart, who served in the Army as a military police officer from 1988-1992, has earned the title as the 'Poppy Supervisor.'

"I've been living here and making poppies for the better part of the last five years," said Stewart. "I've been running the [Poppy Program] here for the last two years."

At various times each day, Stewart grabs his cardboard box full of poppy-making materials, finds a quiet room and goes to work.

"I've probably made a quarter of a million poppies over the last five years," said Stewart. "It gives me something to do."

Stewart lays out all the red petals, which are made of crepe paper, then organizes the green stems, leaves and wire and labels.

"I use four petals, then take the stems and wrap them," said Stewart, as he demonstrated his method to making each poppy. "Once you put the label on, it's finished."

Each poppy takes about 20 seconds to make, but, for Stewart, the creation of each poppy causes thousands of thoughts to race through his mind.

"Everybody has a relative who was a veteran," Stewart says. "At times, veterans are forgotten, and poppies actually give veterans a way to feel they're not forgotten."

After putting ten finished poppies into a bucket, Stewart starts making his next one, but not before pausing and saying, "When I make these, I often wonder where they end up.

"Like, for instance, this one; this poppy could end up in somebody's scrapbook because it reminds them of their grandfather who fought in World War II."

Stewart says making poppies is very therapeutic for him and it really gives him good reason to get out of bed each day.

"I'd rather have a tedious job than no job at all," joked Stewart. "If there's a need, I feel like I have to fill it."

He tossed ten more finished poppies into his bucket, then started on another batch.

"When I started making poppies, I thought about my father and all my uncles who were veterans," said Stewart, as he places four more red petals under the stem and begins rolling again. "If doing this has an impact on me, I'm sure it's made an impact on everyone else who picks one of these up."

It's unknown where Bll Stewart's poppies will end up. Many could wind up in possession of people all around the United States.

"One person can champion the poppy," said Forrester. "Bill is the champion [at the Grand Rapids Home for Veterans] helping other veterans stay busy by making these poppies so they can earn some extra money."

Stewart plans to keep his title of 'The Poppy Maker' as long as he can and is able. He says he can't help but respect how something 'artificial' can also be very, very 'real.'

"Doing this gives me purpose," said Stewart. "Purpose is a good thing."

If you know of a story that should be featured on "Our Michigan Life", send a detailed email to: life@13onyourside.com.