"I thought the dress somehow went the way of a lot of things and I didn't know what happened to it," - Marilyn Sattler 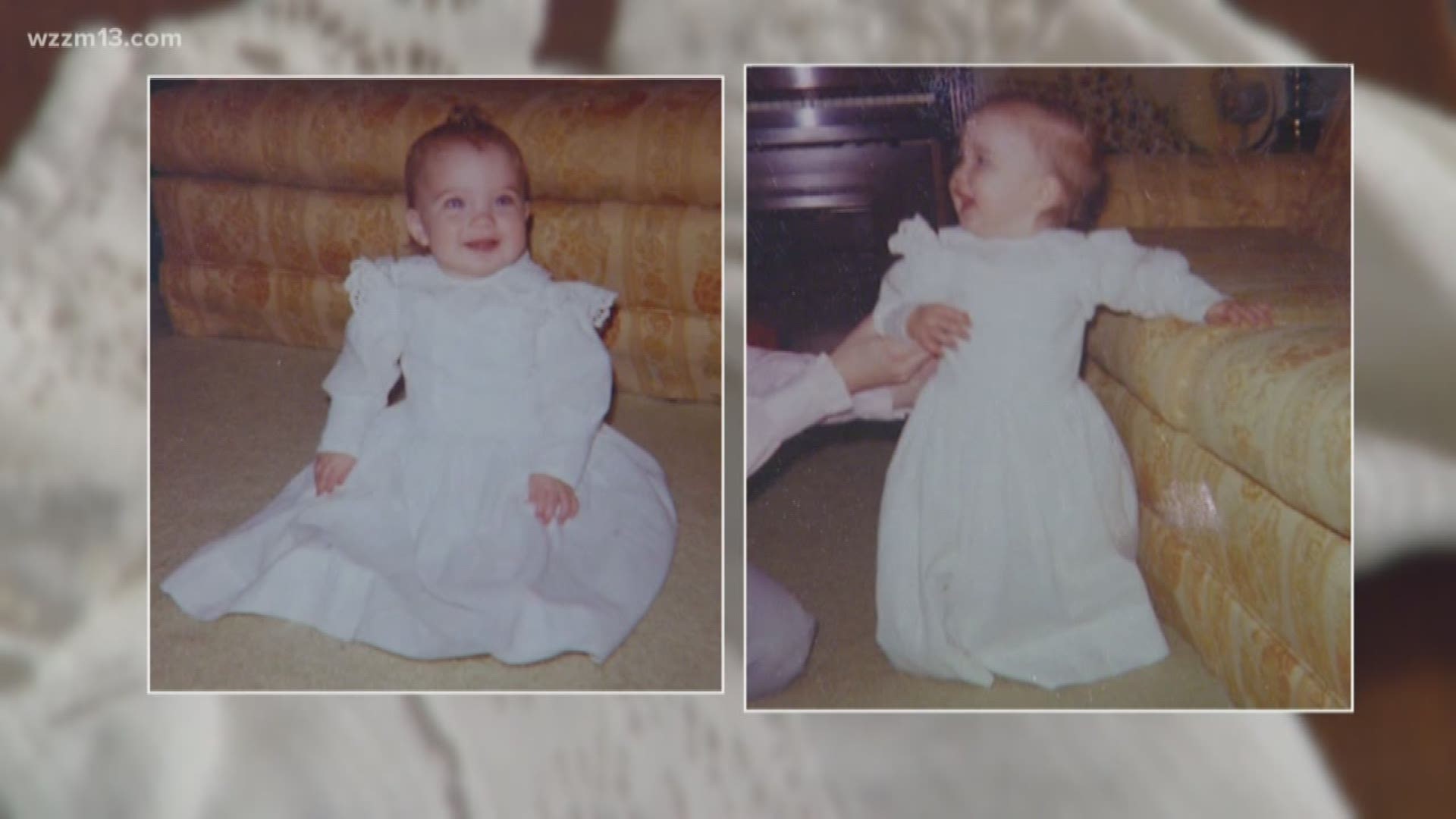 GRAND RAPIDS, Mich. - A family heirloom that was hand-crafted in 1897, and went missing for more than three decades, has resurfaced allowing a family to continue a tradition that's spanned five generations.

"My great-grandmother made the dress for my grandfather," said Sattler, 60, who lives on Grand Rapids west side. "I'm not sure if it was a baptismal dress or if it was for something else."

Anna VanLengen-Pelon hand-crafted he little white dress in 1897. She immediately placed it on her 11th child, Jack Pelon who, unbeknownst to him, triggered the family tradition that's lasted 121 years.

When Anna VanLengen-Pelon stitched the dress, and put it on her son, Jack Pelon, little did she know that the garment would still exist and be treasured and talked about 121 years later.

Jack Pelon (right), who the dress was originally made for, is holding his daughter, June Pelon. June is wearing the dress, marking the second generation that has worn it.

"After my grandfather wore it, my mother June Pelon-Cooper wore it," said Sattler. "Then I wore it, followed by my daughter, Marybeth."

"I heard my mom talking quite a bit about this dress and the story behind it," said Marybeth Rivera. "Growing up, I did see pictures of myself wearing it."

There is no known photo of Merilyn Sattler wearing the dress., but Marilyn's daughter, Marybeth, wore the dress soon after she was born in 1984. This photo marked the fourth generation to wear it since 1897.

At some point after Marybeth wore the dress, it went missing. 34 years would go by before it managed to resurface about 800 miles southeast of Grand Rapids.

"What things do you throw away and what things do you keep across the course of your life," said Sattler. "I thought it was gone, but i found out just a few months ago that my cousin in North Carolina had it."

The dress was shipped to Marilyn earlier this fall.

"I was pretty excited when the box came," she said. "I think I called my husband and said, 'It's here!'"

Marybeth gave birth to her first child, Isabella, earlier this year. The time had come to continue the family tradition and make sure five generations had worn the dress since Anna VanLengen-Pelon made it 121 years sgo.

"We came over to my parent's house for Thanksgiving and we put the dress on Isabella that day," said Rivera. "That helped carry on the legacy."

On Thanksgiving Day 2018, ten-month-old Isabella Rivera (Marybeth's daughter) wore the dress, completing the fifth siccessive generation to wear the dress since it was made in 1897.

Marilyn says, for the time being, the dress will be safely kept in her Grand Rapids home. It will be pulled out if Marybeth or any of Marybeth's cousins have anymore children.

"Hopefully Isabella will treasure [the dress] as well when she gets older and keep [the family tradition] going as long as we can," said Rivera.

If you know of a story that should be featured on "Our Michigan Life," please send a detailed email to: life@13OnYourSide.com. We will be sure to follow-up.