Lara LaBryer never expected a fun treasure hunt with her sons would turn into actually finding treasure. Grandma's house has a secret room nobody knew about. 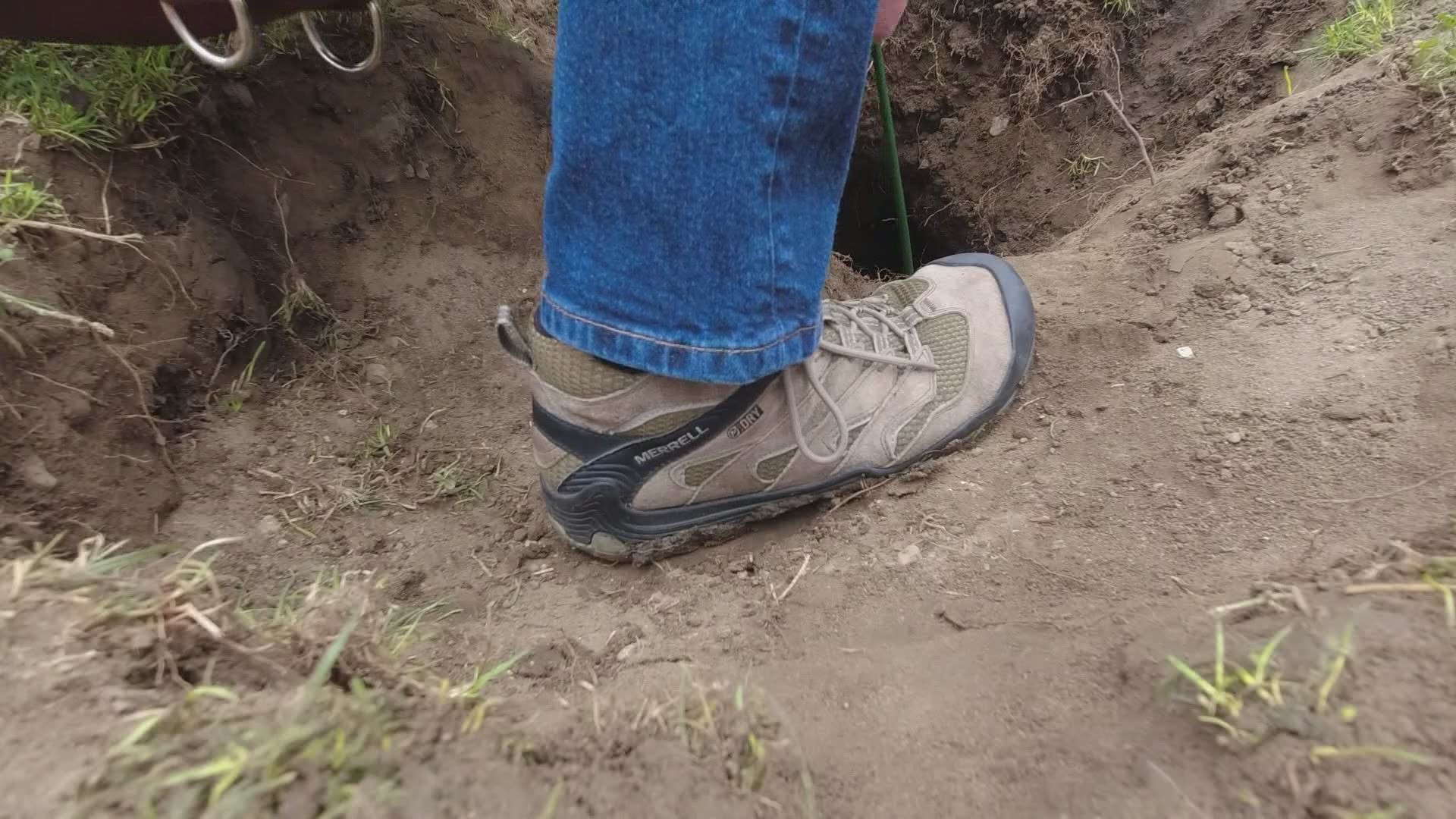 GRAND RAPIDS, Mich. — There are few things more exciting than a never-before-known discovery at an old home. Hidden rooms, money stashed under the floorboards or an old baseball card collection collecting dust in the attic.

A Grand Rapids family recently made a shocking discovery, when a just-for-fun treasure hunt in grandma's backyard with a metal detector turned into a hole to history.

Lara LaBryer and her two sons decided to spend spring break traveling from their home in Arkansas to Grand Rapids to visit Lara's mother Yvonne Elliott.

For fun, they decided to bring a metal detector with them.

"We've been excited to do some treasure hunting in Michigan," Lara said.

On Monday, March 22, Lara and the boys took the metal detector to Yvonne's backyard, turned it on, and started sweeping it back and forth over the lawn.

"Pretty much everywhere we went back there the metal detector was dinging," Lara said, referring to the noise it made when it found something containing metal. "There was one specific area right next to the house where it wouldn't stop making sounds."

Lara decided to get down on her hands and knees and start digging. As she got deeper into the ground, she unearthed several items, including a belt buckle, old nails, shotgun shells and a shoehorn.

"As I dug, a hole opened up and the ground just stared to fall inward," Lara said. "I hit brick, and I started to think, 'Whoa, what is this.'"

At first, she thought it might be an underground tunnel system, but once she started discovering old booze bottles, her theory changed.

"I was pulling bottle after bottle out," Lara said. "I began wondering if this used to be a Prohibition bunker."

One of the empty booze bottles read, "Federal Law prohibits sale or use of this bottle."

Credit: 13 ON YOUR SIDE
Initially, Lara LaBryer thought she'd found a Prohibition Booze Bunker, because of all the booze bottles she was pulling out of the gaping cavern.

Credit: 13 ON YOUR SIDE
Lara LaBryer found item after item as she was investigating the hole. Nails, screws, a shoehorn, coins, keys and other unknown metal objects.

After hours of digging, Lara had pulled numerous artifacts from the hole and was certain there was more stuff down there.

"Maybe [the owners of the house a hundred years ago] put money in a can and then put the can down here," Lara joked.

A couple days after the discovery, Lara and Yvonne really wanted to know what they'd uncovered, so they contacted archeologist Matthew Daley, Ph.D., who accepted the invite to come to the house and investigate.

"From what I could tell when I saw it for the first time, there was a number of things it could be," said Daley, who is also a history professor at Grand Valley State University."

Dr. Daley spent the better part of an hour hovering over the hole, taking a stick and poking it around in the dirt. He had done some research on the home before he arrived so there were a few things he was specifically looking for to see if it matched his research.

"I found some old maps and old photos of this home," said Dr. Daley. "Built in 1888, this is one of the oldest homes in Grand Rapids, so it predated water and sewer lines."

Dr. Daley concluded the hole is where the home's cistern used to be. A cistern was a tank used for storing water.

"It's highly likely the structure that used to exist above the cistern was the home's former kitchen," Dr. Daley said. "When homes back then eventually got running water, often times, they'd turn their cisterns into garbage dumps.

Credit: Matthew Daley, Ph.D.
After determining the identity of the mysterious hole, Dr. Daley pulled several images from a manila folder and showed what the house once looked like.

Credit: Matthew Daley, Ph.D.
After determining the identity of the mysterious hole, Dr. Daley pulled several images from a manila folder and showed what the house once looked like.

Dr, Daley pulled several images of the house and property out of a manila folder and began showing them to Lara and Yvonne. The images were of plot lines and measurements.

The smoking gun was an old photo of the house, believed to have been taken sometime between 1900-1935, showing an extension on the back of the house - built above the cistern - that had been torn down by a previous homeowner.

"This is the sort of thing you don't expect to find," said Dr. Daley. "If they wanted to keep digging, they'd find all kinds of stuff down there."

Who hasn't heard the phrase, "One man's trash is another man's treasure." This discovery has made that well-known phrase literal for Lara, her boys and her mother.

"I bet the people who lived her a century ago never thought anybody would get excited over their drainage system," Lara said. "But, I am.

Lara plans to take many of the artifacts she found back to Arkansas and repurpose a few. As for the bunker, Yvonne says she's still very interested in what else may be hidden deep in her backyard hole. 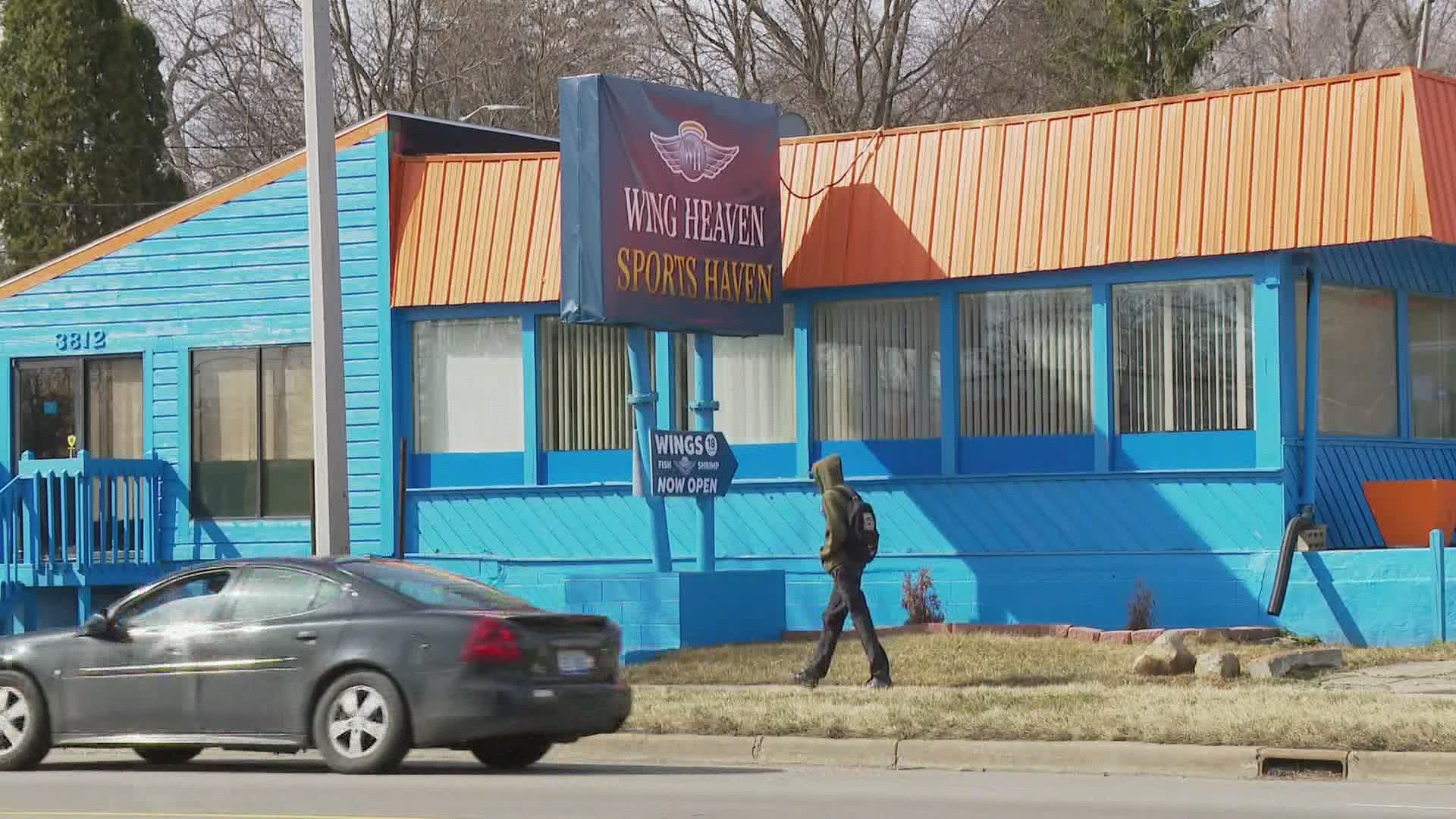