The four men took knees at an Lansing Catholic High School football game back in 2017. 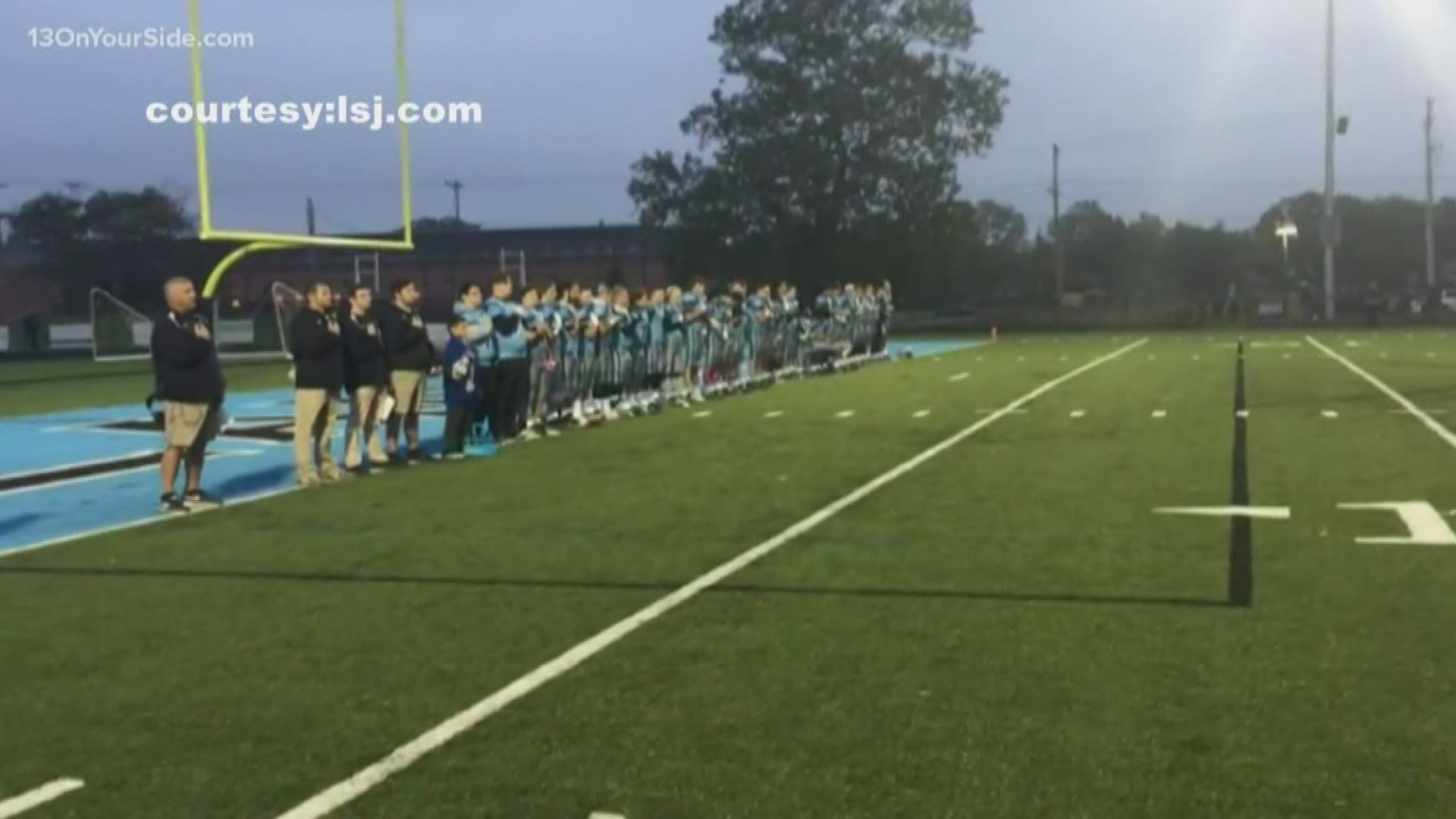 When Democrat Beto O'Rourke takes the stage in the second round of presidential primary debates on Tuesday, three young black men from Michigan who were inspired by ex-NFL player Colin Kaepernick to kneel during the national anthem before their high school football games will be in the audience as guests of the former Texas congressman.

O'Rourke reached out to ex-Lansing Catholic High School football players Michael Lynn III, Matthew Abdullah and RoJe Williams and spoke with them by phone last week. Teammate Kabbash Richards is away at college and unable to attend the debate.

O'Rourke, whose defense of NFL players who chose to take a knee to protest police brutality and racism went viral in 2018, learned of the men's story and found them through "general local outreach," his campaign said.

In a statement to The Associated Press on Monday, O'Rourke said the four "have served their community in one of the most American ways possible."

As a Democratic primary candidate, O'Rourke has been outspoken on issues of race, particularly white identity and privilege. Earlier this month, he revealed that he and his wife, Amy, recently discovered they have ancestors who owned slaves.

As players at Lansing Catholic, the four took a knee together in 2017. Lynn, the team captain, said he decided to kneel after watching Kaepernick, a former San Francisco 49ers quarterback, and thinking about the racism he dealt with as one of a handful of black students at his high school.

RELATED: What you need to know about the Detroit Democratic debates

"I was a /article/news/politics/national-politics/trump-says-hell-be-watching-democratic-debate/69-bb52fd92-e3senior. I was getting to the age where I wanted to say something," said Lynn, who recalled trying to speak up when his white teammates would make inappropriate jokes or comments.

Lynn and his teammates were benched for their protest, and eventually Lynn and Abdullah transferred to other high schools.

It was nearly a year later that Lynn's mother sent him the video of O'Rourke's remarks, in which the then-Senate candidate explained to a mostly white crowd that Kaepernick's protest was about focusing attention on the killings of unarmed black men by law enforcement.

"I can think of nothing more American than to peacefully stand up or take a knee for your rights anytime, anywhere or anyplace," O'Rourke said to applause at an August 2018 campaign event that quickly went viral, thrusting the obscure O'Rourke into the national spotlight and propelling him to a 2020 presidential run.

Lynn recalled feelings of affirmation after watching the video.

"People on the other side of it make us feel like we're not as American as them," Lynn said. "The fact that he said that and feels that way, from his heart, that was really powerful. That's what put Mr. O'Rourke on my radar."

The three men have reached voting age and will meet O'Rourke for the first time Tuesday night.

Lynn said he is undecided about whom to vote for but looks forward to shaking O'Rourke's hand and seeing all the candidates in person. 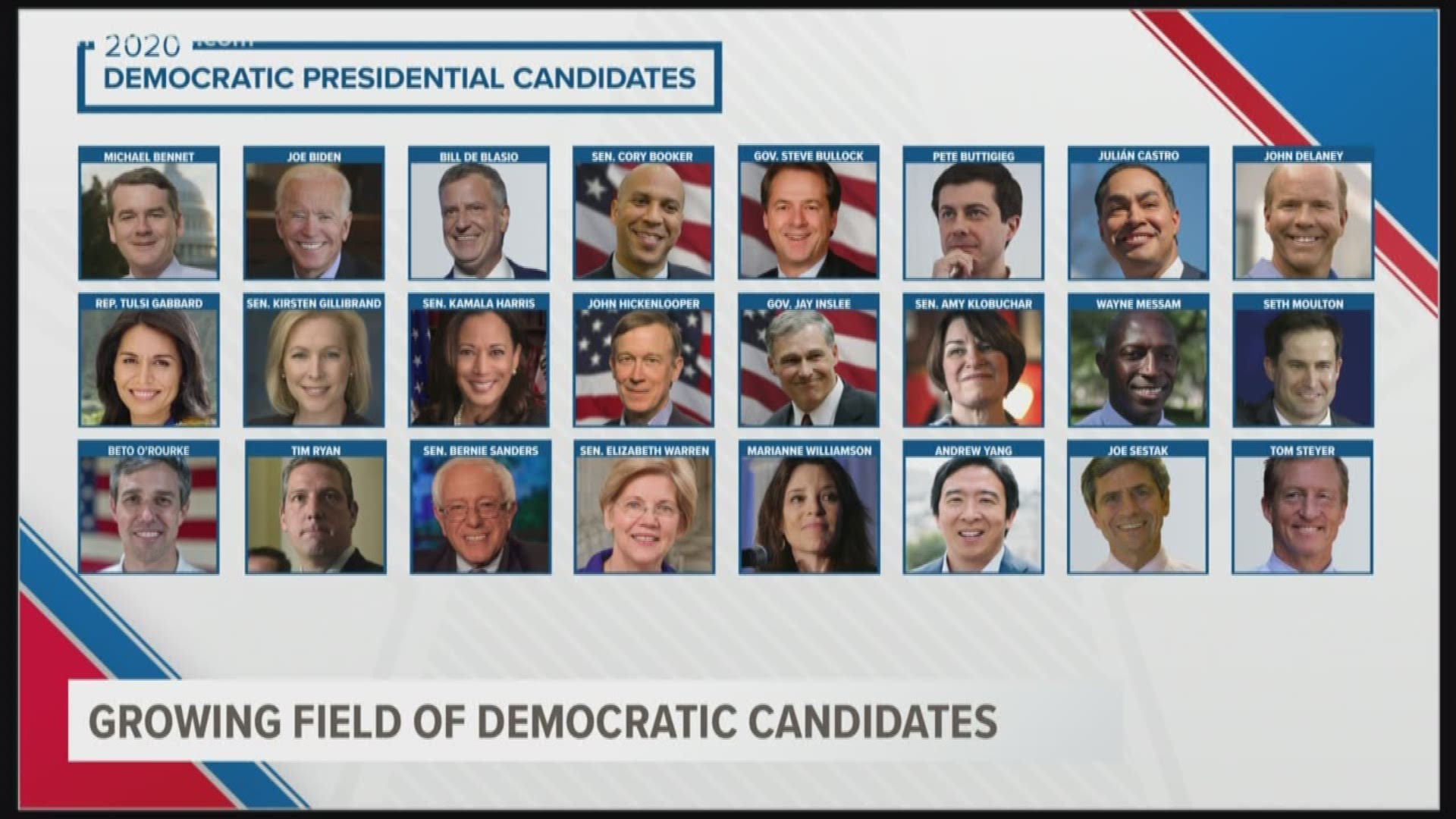