Biden made the comment to MSNBC's Brian Williams during his show "The 11th Hour."

Biden told MSNBC's Brian Williams on Tuesday that Whitmer made his list of potential running mates "two months ago."

The comment came during Williams' show The 11th Hour, after Williams asked Biden if the governor had recently lengthened the candidate's potential vice president list due to her handling of the pandemic.

Whitmer's office said in a statement to the Detroit Free Press that the governor was "flattered" that Williams would ask the question.

"The Governor is flattered that Brian Williams would ask and that the Vice President would mention her, but right now she is focused 100% on doing everything she can to slow the spread of the coronavirus and protect the people of Michigan," the statement read.

Since COVID-19 first hit Michigan in early March, Whitmer has been vocal about the state's increased need for federal help, including securing medical equipment like ventilators and masks.

Over the weekend, the White House approved Whitmer's request for a federal disaster declaration due to COVID-19, and on Monday, President Donald Trump approved the state's request for the National Guard to perform humanitarian missions.

Whitmer, joined by other legislative leaders, also announced two supplemental budget bills Monday that will provide Michigan with $150 million in funding for the COVID-19 response.

►Here is our full 13 ON YOUR SIDE coronavirus website

However even after these most recent moves, Whitmer has said Michigan will need even more federal support to stop the spread of the coronavirus. Michigan's Chief Medical Executive Dr. Joneigh Khaldun is saying predictive models show the state is still weeks away from the peak of COVID-19.

Whitmer has shown disappointment in the federal government's response to the virus and has exchanged words with President Trump on social media multiple times since the pandemic hit Michigan.

Trump has criticized the governor, both online and during press conferences, has taken to referring to Whitmer as “the woman from Michigan."

Whitmer currently serves as a national campaign chair for Biden. She endorsed him for president during Michigan's primary last month. 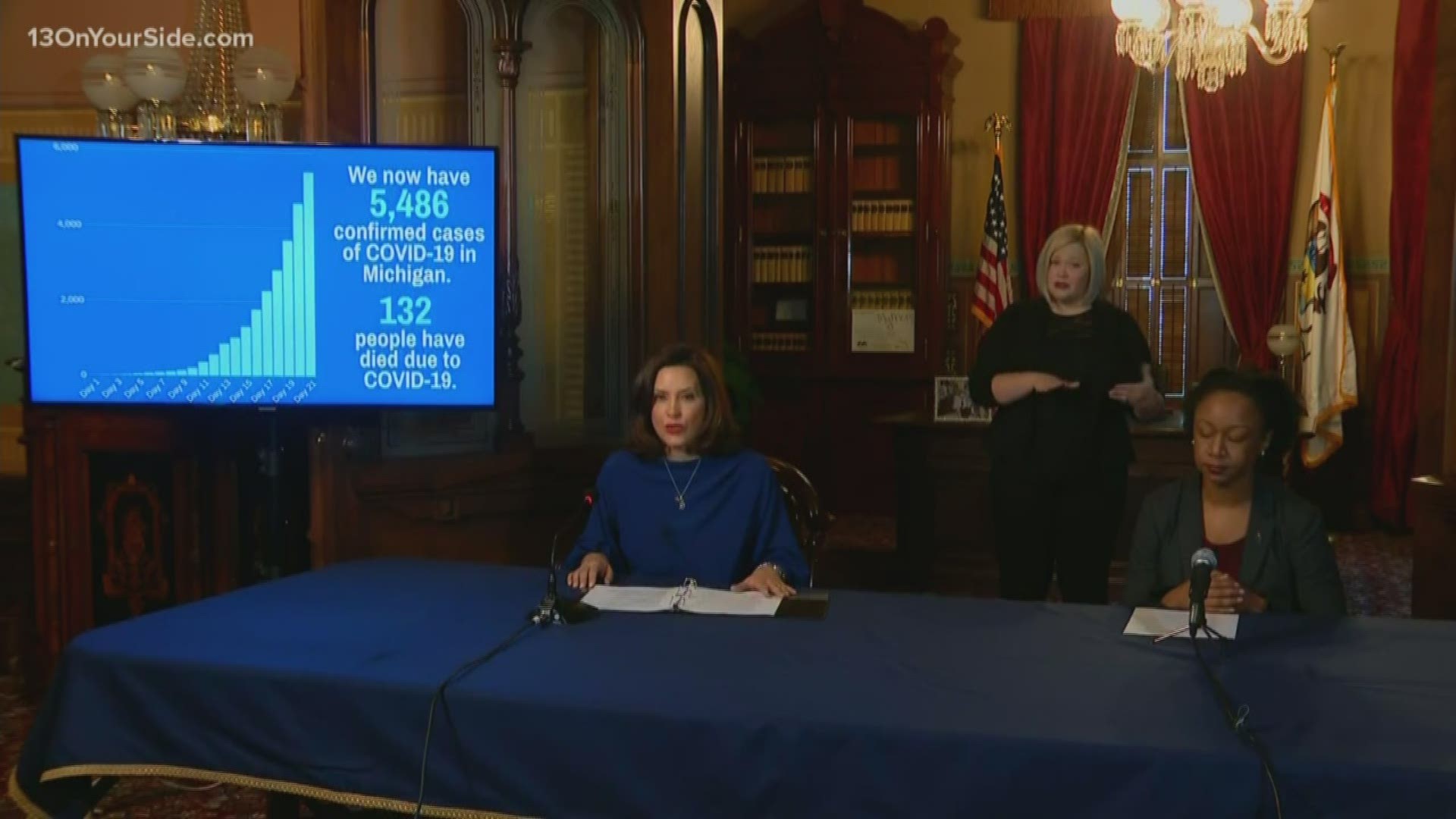