Lacino Hamilton was convicted back in 1994 and spent 26 years in prison but is now a free man thanks to the work of Greg Hampikian. 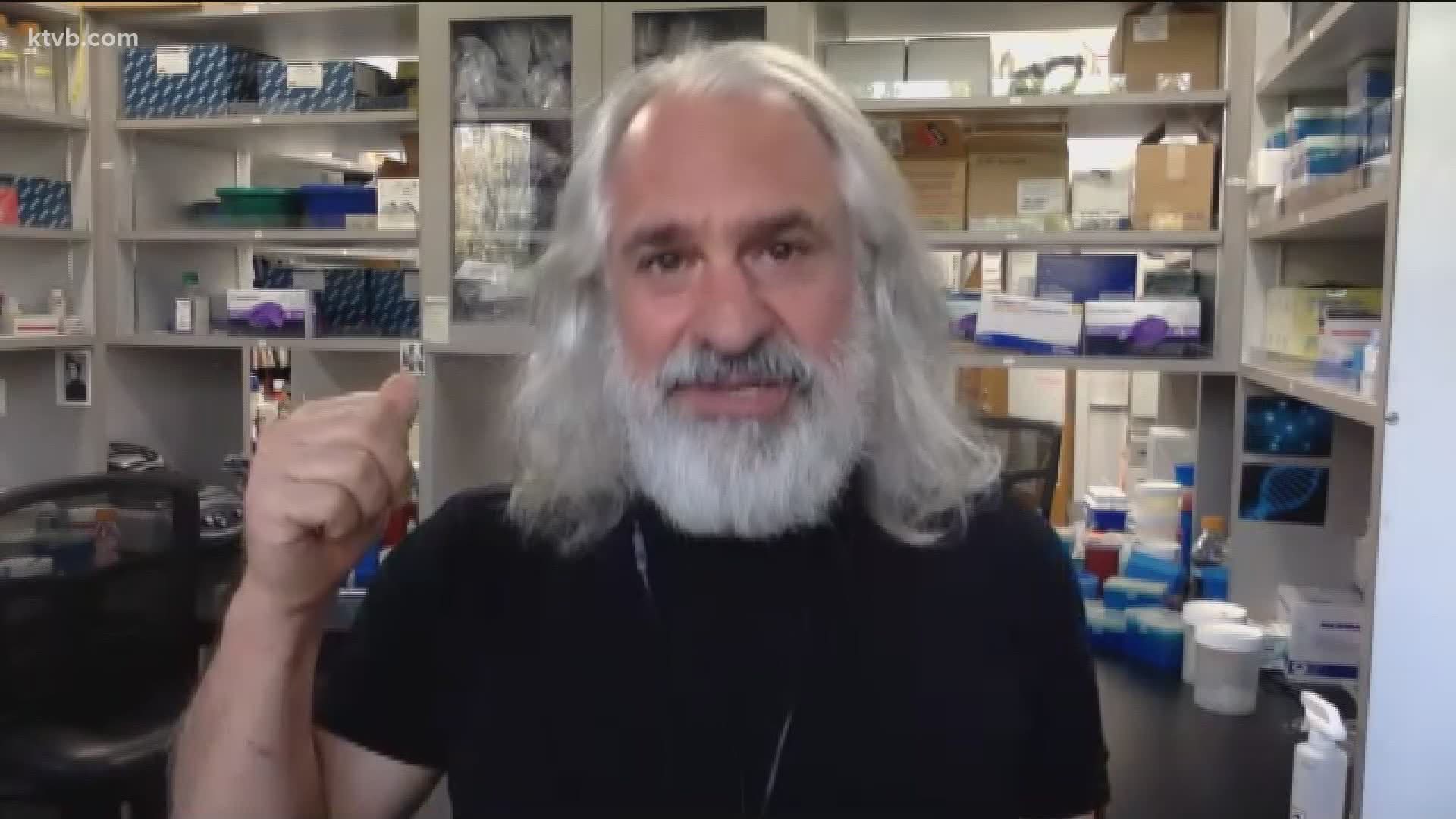 Greg Hampikian is a Boise State professor and the co-director of the Idaho Innocence Project.

“Lacino Hamilton was in [prison] for 26 years,” Hampikian said. “He was convicted of killing his foster mother. A woman that he said was more like a biological mother to him.”

A friend of Hampikian’s got him involved in the case since he also has access to a lab to test DNA.

“We did the analysis here on the new DNA taken from the fingernails of the victim,” he said. “She had fought and there was some DNA under her nails.”

Hampikian told KTVB there was no physical evidence tying Hamilton to the crime. He was originally convicted after an informant told authorities that Hamilton had confessed to him while in a cell.

After testing the DNA, that DNA did not match Hamilton.

“That was kind of the lynchpin I provided a report and then things moved very quickly,” he said.

Charles Fain had originally been convicted for this but was exonerated in 2001.

Hampikian also helped exonerate Christopher Tapp after he was wrongfully convicted for the rape and murder of Angie Dodge back in 1998.

“He was in prison and freed partly by our efforts,” he said.

Hamilton was freed from the Michigan prison the same week as National Wrongful Conviction Day, which is a day meant to remind people about the importance of Hampikian's work.

“We're learning so much, this day is about trying to boost awareness and get people to go to the resources,” he said.

More awareness and more resources can help exonerate those wrongfully convicted like Hamilton.

“This started for him in 1994 when his foster mother was killed and he was convicted at 20,” Hampikian said. “But you know his life has been this, this whole story.”

Hampikian also worked to help get those that have been wrongfully convicted compensated in the state of Idaho. He helped work on a bill that would've done just that this past legislative session. It made it through both chambers before the governor vetoed it.

Hampikian told KTVB he plans to bring the bill back in the 2021 legislative session.