The Grand River Bridge has reopened. 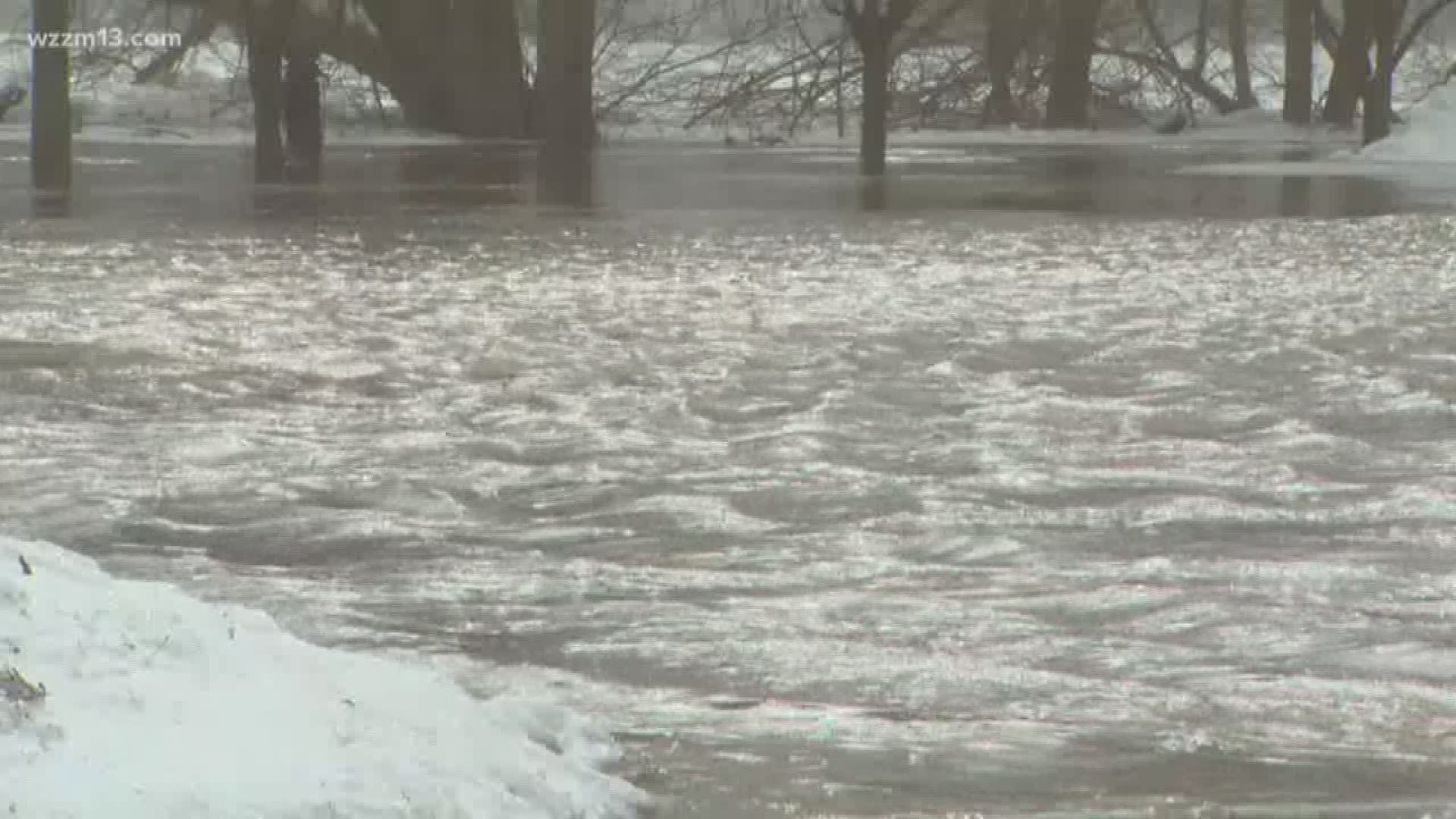 PORTLAND, Mich. — The city of Portland reopened the Grand River Bridge on Saturday after closing it on Friday because of flooding.

Around 10:22 a.m. on Friday ice jams on the Grand River in Portland broke up and caused flash flooding.

The city said that there are ice jams upriver from the city that they are continuing to monitor.

Credit: City of Portland/Facebook
Michigan State Police assisted the city by conducting a flyover in order to monitor the ice jam and assess the flooding.

The Ionia County Health Department recommended on Friday no body contact with the Grand River downstream of the City Wastewater Treatment Plant in Portland. Testing of the water supply will take place when conditions allow.

"The Waste Water Treatment Plant has been operating at levels far exceeding its design due to excessive storm water that has entered the system," a release said Friday afternoon.

Partially treated or untreated waste water was discharged into the Grand River.

In a release, city officials said that the electric grid is in stable condition, but they might disconnect power in affected areas.

"The U.S. Army Corps of Engineers...restated that using explosives or other means to break the ice is not effective and problematic under these conditions," the release said.

The ice jam and river flooding forced 50 people from their homes in Portland Wednesday.

City, county and state officials are monitoring the situation.