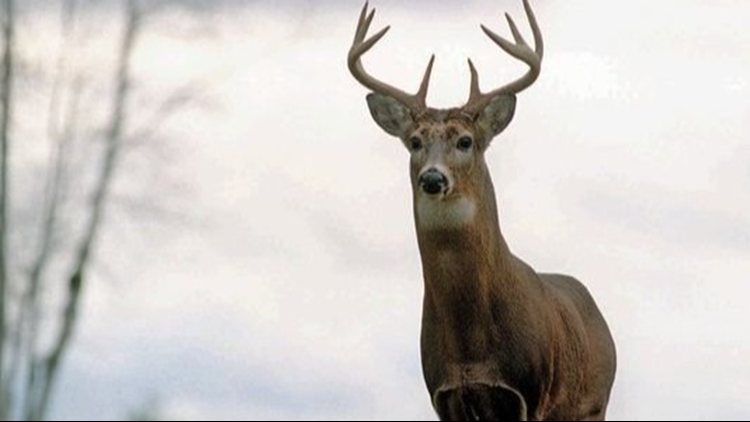 A 4-year-old doe killed on a deer damage shooting permit in Dickinson County’s Waucedah Township has tested positive for chronic wasting disease, marking the first confirmation of the incurable deer disease within Michigan’s Upper Peninsula, according to a Michigan Department of Natural Resources news release.

The deer was shot on a farm about 4 miles from the Michigan-Wisconsin border, according to the news release.

Chronic wasting disease is a fatal nervous system disease found in deer, moose and elk. The disease attacks the brain of infected animals, creating small lesions, which result in neurologic symptoms. The disease is always fatal in animals that contract it.

To date, there have been no reported cases of CWD infection in humans.

“We are taking immediate action to address this situation in the Upper Peninsula. In the short term, stepped-up testing and active surveillance is the priority to better understand where the disease exists,” said Russ Mason, chief of the DNR’s Wildlife Division, in the news release. “To do this, we need to step up our efforts to collect deer heads for testing in this area. We need to determine if this deer is an individual outlier or whether there are more deer infected in the area.”

The DNR has tested hundreds of deer from Upper Peninsula counties bordering Wisconsin. This year as of Oct. 11 a total of 625 deer-damage permit, roadkill and hunter-killed deer had been tested from Dickinson, Gogebic, Menominee and Iron counties, according to the news release.

“It was our surveillance efforts that revealed the disease in this particular deer,” said Kelly Straka, state wildlife veterinarian, in the news release. “It is now especially important that these efforts continue.”

Chronic wasting disease has been found in free-ranging deer in six additional counties in Michigan – Clinton, Ingham, Ionia, Jackson, Kent and Montcalm. A total of 63 deer within these counties have tested positive for the disease.

“For next hunting season and beyond, the DNR will discuss possible response actions with U.P. hunters and other stakeholders to determine the best approach to fighting CWD in the region,” said Chad Stewart, DNR deer management specialist, in the news release.

A conference call with stakeholder groups is scheduled for early next week.

A roughly 10-mile core area has been set up, centered on Waucedah Township. Within this area, the DNR has set a goal to test a minimum of 600 deer to better determine the extent of possibly infected deer.

“We need hunters to help us reach this goal, by voluntarily submitting entire deer heads for testing. Hunters can keep the venison,” Mason said. “At this point, we are not establishing a mandatory deer check in the area, but that may become necessary, if we don’t reach our goal.”

Several actions will be taken by the DNR including:

“The actions of hunters matter in battling CWD,” Stewart said in the news release. “Keep hunting and get your deer checked. Responsibly transport, process and dispose of your deer carcass. Visit the website to learn about proper carcass transportation into Michigan from out of state. Please pass these tips on to other hunters.”

In North America, a total of 25 states and three Canadian provinces have confirmed the presence of chronic wasting disease in free-ranging or captive deer, elk or moose, or both.