Opponents of Leaf are calling for his resignation, which was discussing during a commission meeting Tuesday morning. 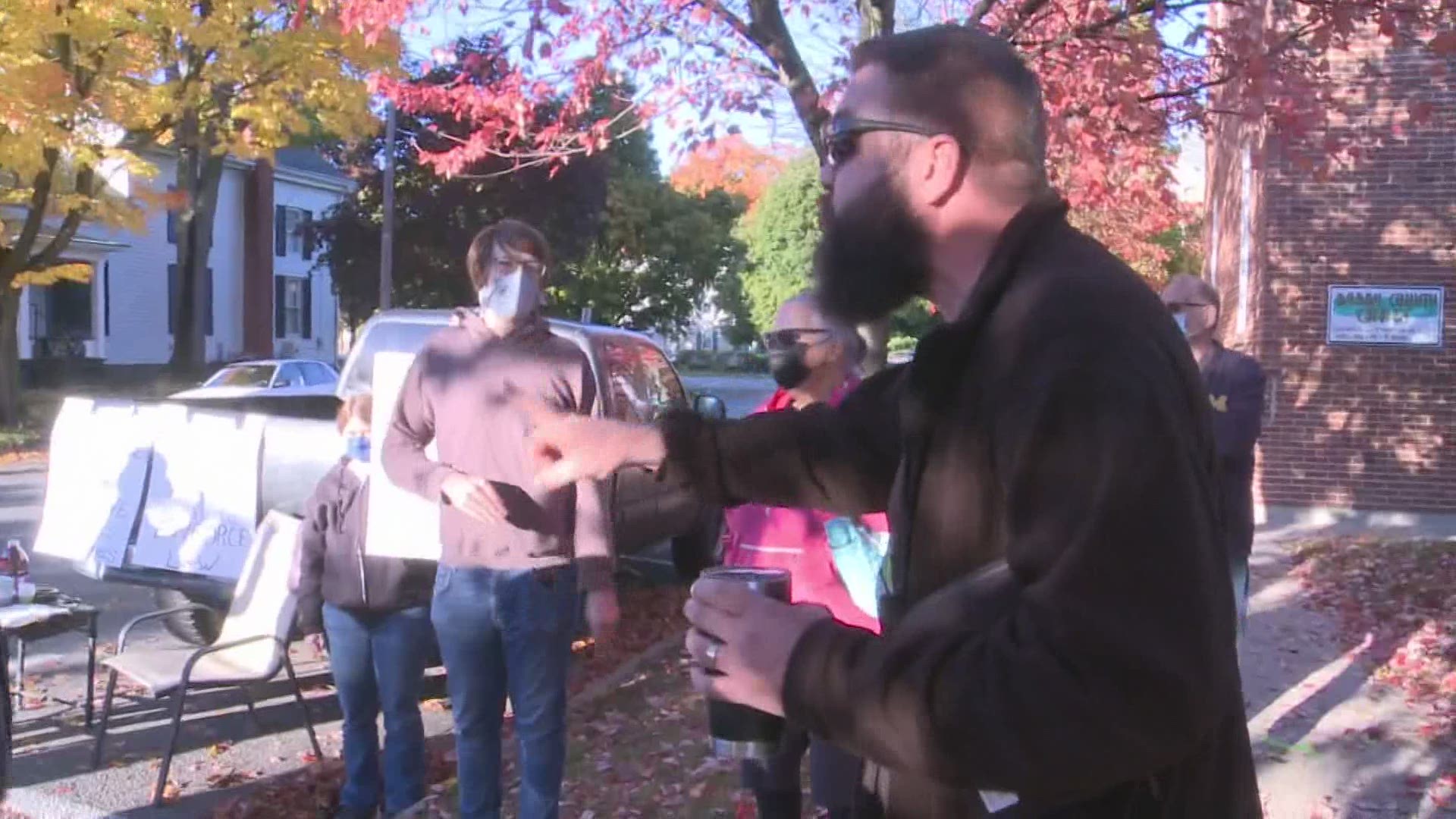 BARRY COUNTY, Mich. — The Barry County Board of Commissioners held a meeting Tuesday and was met with a crowd of citizens outside.  They were both protesting -- and supporting -- Sheriff Dar Leaf.

Back in May, Sheriff Leaf attended a rally in Grand Rapids protesting Gov. Gretchen Whitmer's executive orders and restrictions put in place to help stop the spread of COVID-19.

It was at the protest Leaf called the governor’s actions “unconstitutional.”

Some commentators at Tuesday morning's commission meeting said the sheriff's words and actions lead to the rhetoric and kidnapping plot against the governor. Commentators also said Leaf shared a platform with militia members during that rally – some of who were connected to the plot.

Barry County Prosecutor Julie Nakfoor Pratt said in a statement released Monday the sheriff's made comments regarding citizen arrests, in connection to the kidnapping plot. She said the statements were concerning.

"His statement should in no way be taken to represent the position of this office or the many selfless, hard-working members of the Barry County law enforcement community," Nakfoor Pratt said in the statement. "Sheriff Leaf is not a lawyer, nor is he licensed to practice law in the State of Michigan, yet he inaccurately cited a law that is inapplicable and is meant to aid the very citizens and law enforcement he is sworn to protect.  As a prosecutor, I find this concerning."

"There is no logical, legal or ethical basis for statements that defend or condone behavior that threatens the safety of Governor Whitmer, fellow law enforcement, or any other citizen in this country," her statement continued.

Leaf was asked during Tuesday's meeting by commissioners about vigilante justice and if people should take the law into their own hands.

The sheriff said “absolutely not.”

Leaf also said he has no plans resign and that he stands behind the rule of law – and no further comments.

13 ON YOUR SIDE has a crew in Barry County and will provide more coverage on air and online throughout the day.