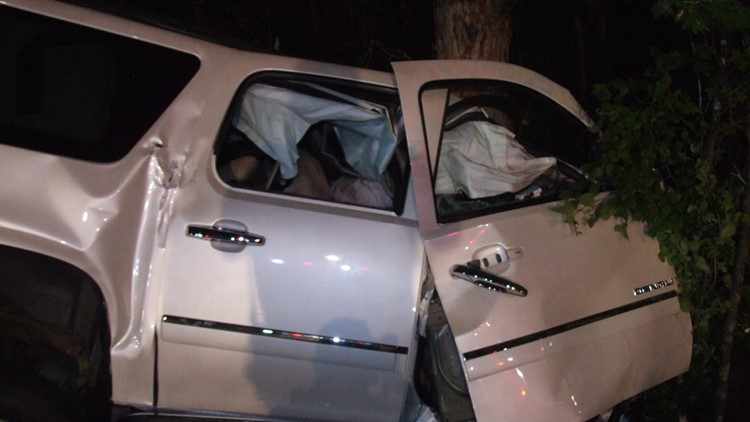 Photo by: Provided
Two people were killed in a crash in Oceana County Tuesday, Sept. 10, 2019.

PENTWATER TOWNSHIP, Mich. - A South Bend, Indiana father and his adult daughter are dead after a crash in Oceana County Tuesday night.

According to the Oceana County Sheriff's Office, it happened around 9:45 p.m. on northbound US-31 near West Hammett Road in Pentwater Township.

The sheriff's office says deputies responded to the scene and found a 2013 GMC Yukon driven by 52-year-old Mark Hezlap had drifted off the road. Deputies say Hezlap went into the median and hit a large tree, he was pulled from his vehicle and airlifted to a hospital in Grand Rapids where he passed away.

Hezlap's daughter was also in the SUV. She is identified as 26-year-old Casey Emmons from Lakeville, Indiana. Deputies say Emmons was pronounced dead at the scene of the crash.

Investigators do not believe drugs or alcohol were a factor in the crash, but they suspect fatigue may have been the reason for the accident. It is still under investigation.