"We need the courts to step in and say this is not okay.” 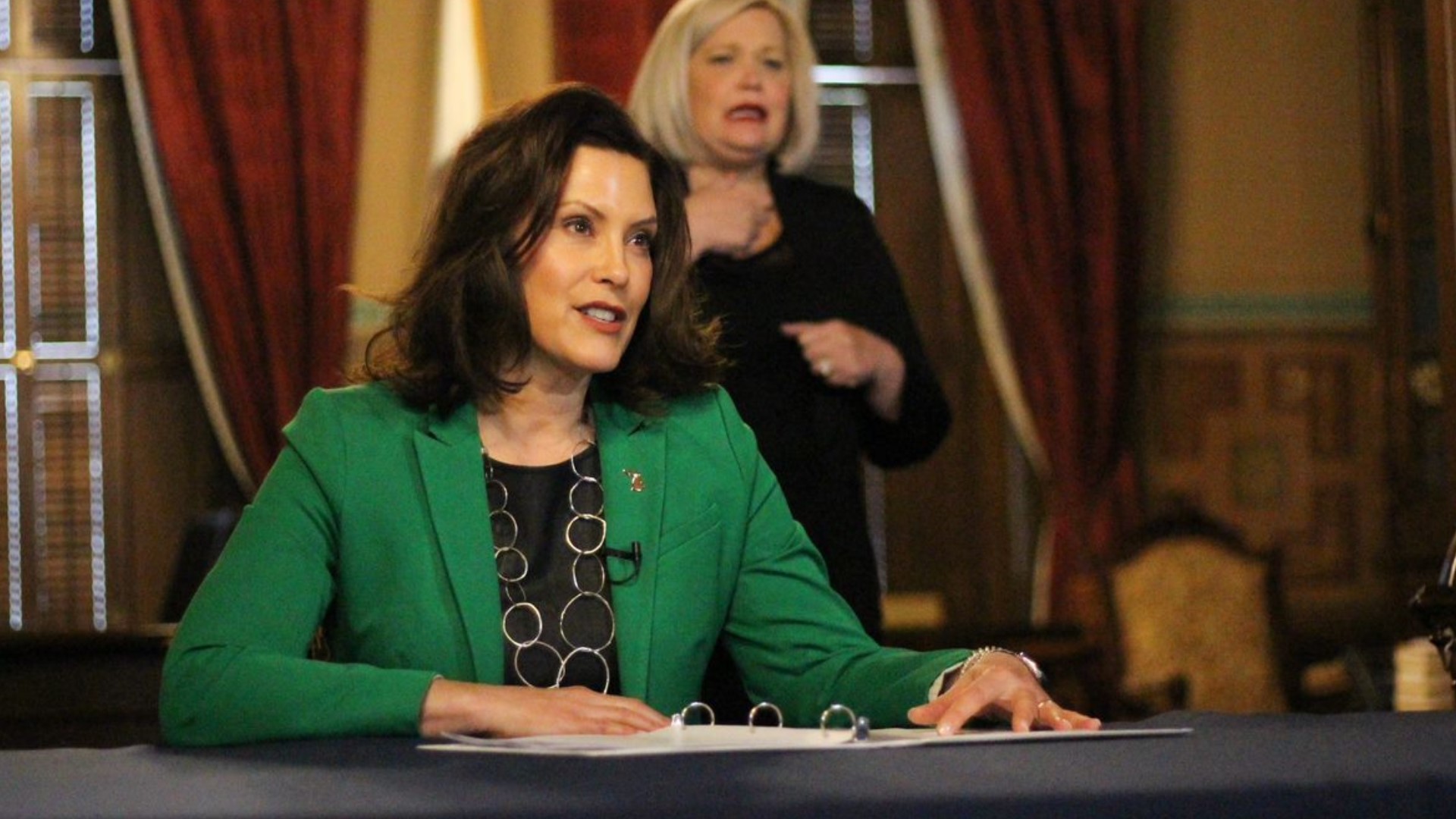 DETROIT — A lawsuit was filed against Gov. Gretchen Whitmer on Tuesday over her stay at home order, which has kept Michiganders at home except for completing tasks necessary to sustain life. The orders have been put into place to help curb the spread of COVID-19.

The lawsuit was filed in the U.S. District Court in Detroit by David C. Helm of Helm Law; it names five plaintiffs who are seeking damages, but primarily want to get the order lifted or revised. The main argument is that the fundamental rights of each of those involved were violated by the executive order.

“My concern here and our primary goal is to make sure we don't have any more infringements moving forward,” said Helm. “Going forward we don't want the governor to be able to set the precedent that this is okay. We need the courts to step in and say this is not okay.”

Whitmer's stay at home order is in place until May 1, and it mandates Michiganders stay home unless they are getting groceries, seeking medical care or getting exercise outdoors. Most businesses have closed to comply with the order, except for a list of essential workers.

WHO ARE THE PLAINTIFFS?

Steve Martinko and his company, Contender's Tree and Lawn Specialists, Inc., are both suing respectively over the financial burden of shutting down and over Martinko being able to access his company property.

Contender's Tree and Lawn Specialists was ordered to close on March 24, when Whitmer first issued the stay at home order. Under the order, only essential businesses are allowed to operate, and Martinko's company did not fall into that category.

The lawsuit claims, however, that the business can safely operate while observing social distancing. It says that Contender's Tree and Lawn Specialists busiest time of year is in the spring and the summer when they need to spray for certain tree diseases. Martinko's concern is that without being allowed to spray, there could be widespread tree diseases.

"Timing is crucial for the application of these chemicals. Any delay beyond the first weeks of April may prevent the ability to control dangerous tree and plant diseases and invasive insects," the lawsuit says.

Because of the executive order, Contender's Tree and Lawn Specialists claims it ordered hundreds of thousands of dollars in supplies and equipment that were unable to be used. The company also laid off 15 workers, "irreparably damaging its sterling reputation with its workforce," the lawsuit says.

RELATED: Michigan stay at home order extended until May 1

Also at the crux of this claim is Martinko says he was barred from visiting his company property under the order.

A married couple, Michael and Wendy Lackomar from Oakland County, are also named as plaintiffs in the lawsuit. They own a cabin in Sanilac County, and under the executive order, travel was restricted.

The lawsuit says the Lackomars, who are essential workers, were at their cabin when the second executive order went into effect and they were not permitted to return to their home in Oakland County.

The executive order says all travel to vacation rentals is prohibited, but people are allowed to return to their homes outside of the state.

The final plaintiff in this suit is Jerry Frost, a resident of Roscommon County. Frost lives alone but his girlfriend of 14 years lives nearby. Under the order, Frost has been banned from visiting her and other family and friends because they do not live together.

RELATED: Michigan's stay at home order: What am I allowed to do?

WHAT IS THE CASE?

This legal action against Whitmer makes it clear that it is not contending the decision to issue the executive orders or if they were within her authority to issue.

"This suit accepts as fact that Governor Whitmer took action for a public purpose," the lawsuit says. But it argues that the plaintiffs' constitutional rights were violated by mandating them to stay home.

The primary argument being made by Helm is that the executive order are illegally taking people's property without compensation, which violates the fifth amendment takings clause.

The same argument is being made for the Lackomars. The lawsuit says that because the couple were barred from going to property they owned, it violates the takings clause.

For all of the plaintiffs and their claims, Helm is invoking the 14th amendment, which protects life, liberty and property.

"Never in the modern history of the United States – even in war time – has such an invasive action striping citizen of fundamental rights been taken by a government order," the lawsuit contends.

Lastly, the final argument being made is that the plaintiffs' right for the freedom to associate has been intruded upon because they are order to stay home as much as possible. This one, in particular, is being applied in Frost's case because he has been unable to see his girlfriend and family.

"Governor Whitmer has acted intentionally, willfully, wantonly, and with callous and reckless disregard for Plaintiffs’ constitutional rights," the lawsuit claims.

While only a couple weeks remain on the existing order, Helm said it's unlikely they'll be able to get it overturned before it expires. But he said the main goal in filing the lawsuit was to ensure that moving forward, this doesn't lay the groundwork for any governor to take sweeping actions. He argues the state should create a targeted approach to rein in the virus, saying "they can't use a sledge hammer to kill an ant."

A jury trial was requested for this case.

Whitmer's office said they do not comment on pending litigation.