Over 120 Michigan gyms are represented in the lawsuit either independently or through the League of Independent Fitness Facilities & Trainers. 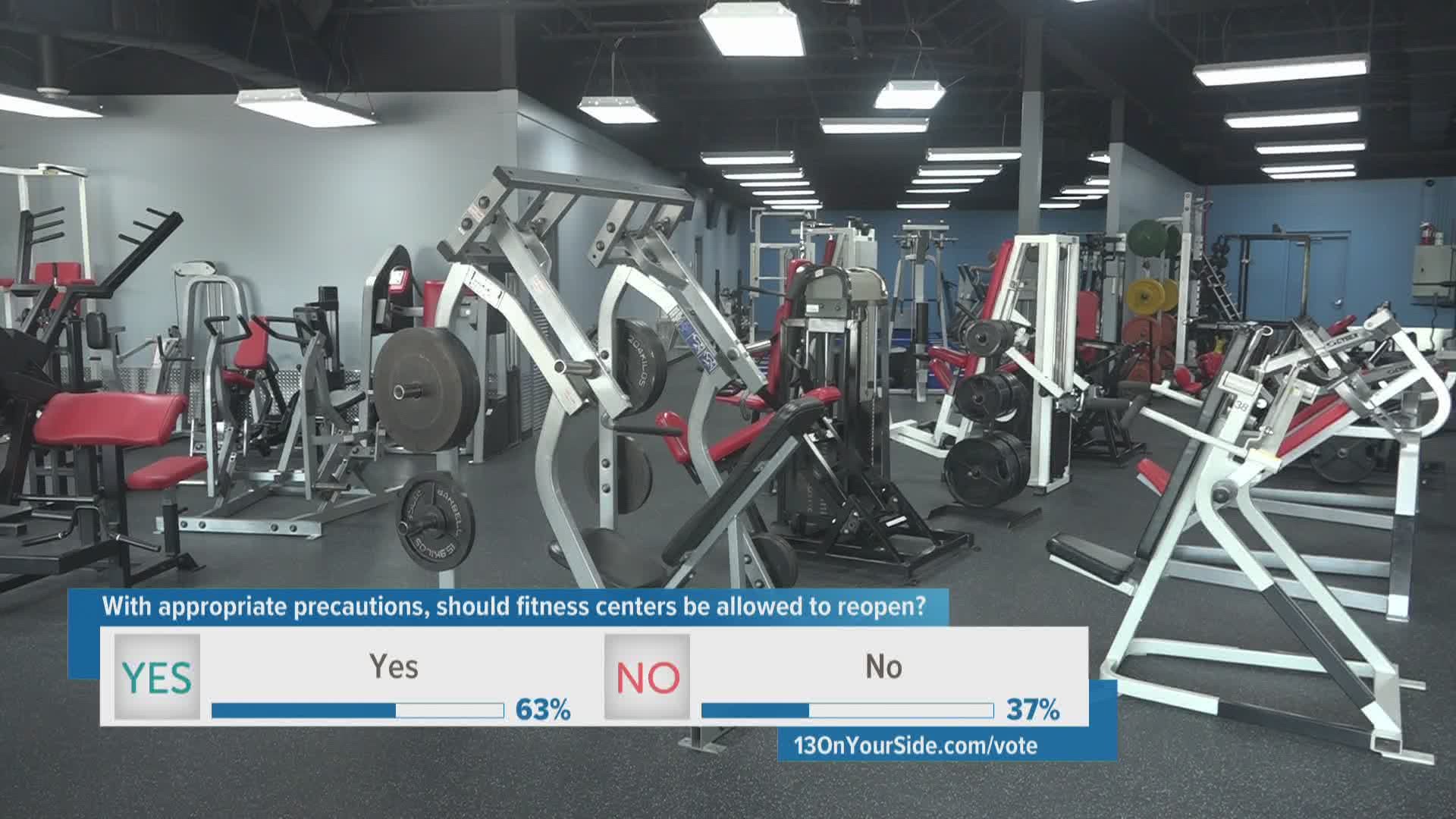 GRAND RAPIDS, Mich. — A lawsuit was filed Friday, May 22 in the Western District of Michigan of behalf of a group of gyms and fitness facilities who dispute Gov. Gretchen Whitmer's stay at home order and want to reopen.

Scott Erskine of Erskine Law is representing the coalition of about 120 gyms called the League of Independent Fitness Facilities & Trainers (LIFFT). "It is nonsensical that an industry that is in such a unique position to bolster the physical and emotional health of Michiganders remains completely closed, while many other sectors (including restaurants and bars) are permitted to open," said Erskine in a press release issued on Sunday.

Under Whitmer's stay at home order, gyms are classified as a place of public accommodation, which have been closed since March 16. The governor recently extended that order until June 12.

Bars and restaurants have been allowed to remain open, but only serving takeout orders. The governor also relaxed restrictions for the Upper Peninsula and Northern Michigan this week, allowing restaurants and retailers to reopen with capacity limitations.

The lawsuit argues that the constitutional rights of the gyms and trainers have been violated because of the stay at home order.

"The Governor’s impingement of constitutional rights must be narrowly tailored, and continuing to keep gyms completely shuttered is the exact opposite of that," Erskine said in a statement.

The director of Michigan's Department of Health and Human Services, Robert Gordon, is also named in the suit for his emergency order.

LIFFT says it has sent the governor three letters detailing how gyms can safely reopen during the pandemic. Those guidelines are explained on its Facebook page, which say facilities would limit capacity, patrons would be asked to perform self-health screens, and social distancing would be enforced, among other measures.

"Not a single person is sanitizing things in grocery stores, but everywhere you look in a fitness center, everything the entire day is being sanitized, over and over and over again," Jason Fuhrman, owner of Endurance Fitness Center in Kentwood said.

Fuhrman added that the term "essential" as listed in Whitmer's mandates is something that should be classified from person to person, so long as an activity is safe.

"America’s a wonderful country because we have the right to pursue our own happiness, but right now we do not have that right...It is essential for me to be able to exercise to pursue my own happiness. I would say that’s true for the vast majority," he said.

Erskine contends that his clients understand how to reopen safely, and that physical fitness could help with the underlying health conditions that make people more susceptible to serious infection from COVID-19.

"There is no data or science supporting a decision to indefinitely shutter an entire industry—across the board—which is scientifically proven to help with obesity, hypertension, and diabetes, three comorbidities that overwhelmingly lead to complications in COVID-19 cases," he said.

Whitmer is facing a number of lawsuits over her executive orders, which have mandated strict restrictions to help slow the spread of coronavirus in the state.

She also won a legal battle this week over the contention that she overreached gubernatorial powers by extending the state of emergency without the legislature's approval. The judge said a 1945 law that Whitmer has cited is not specific to local or regional emergencies.

The Michigan Court of Claims also sided with the governor in a lawsuit that claimed her executive orders violate constitutional rights. 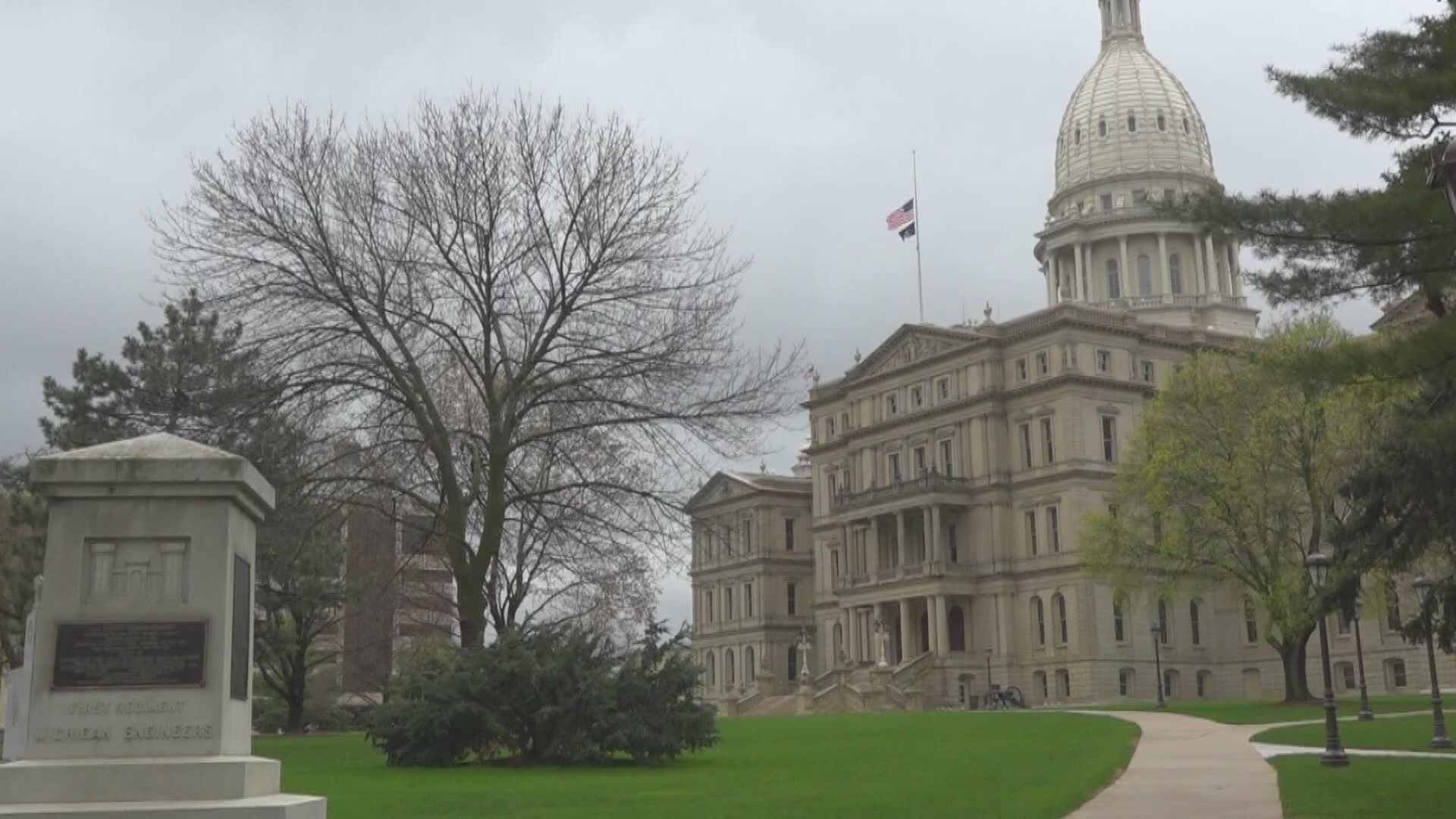