Lake levels are so high, some docks are below water

While the high levels bring some benefits to boaters and fishermen, they also create concern for others on and around the water. 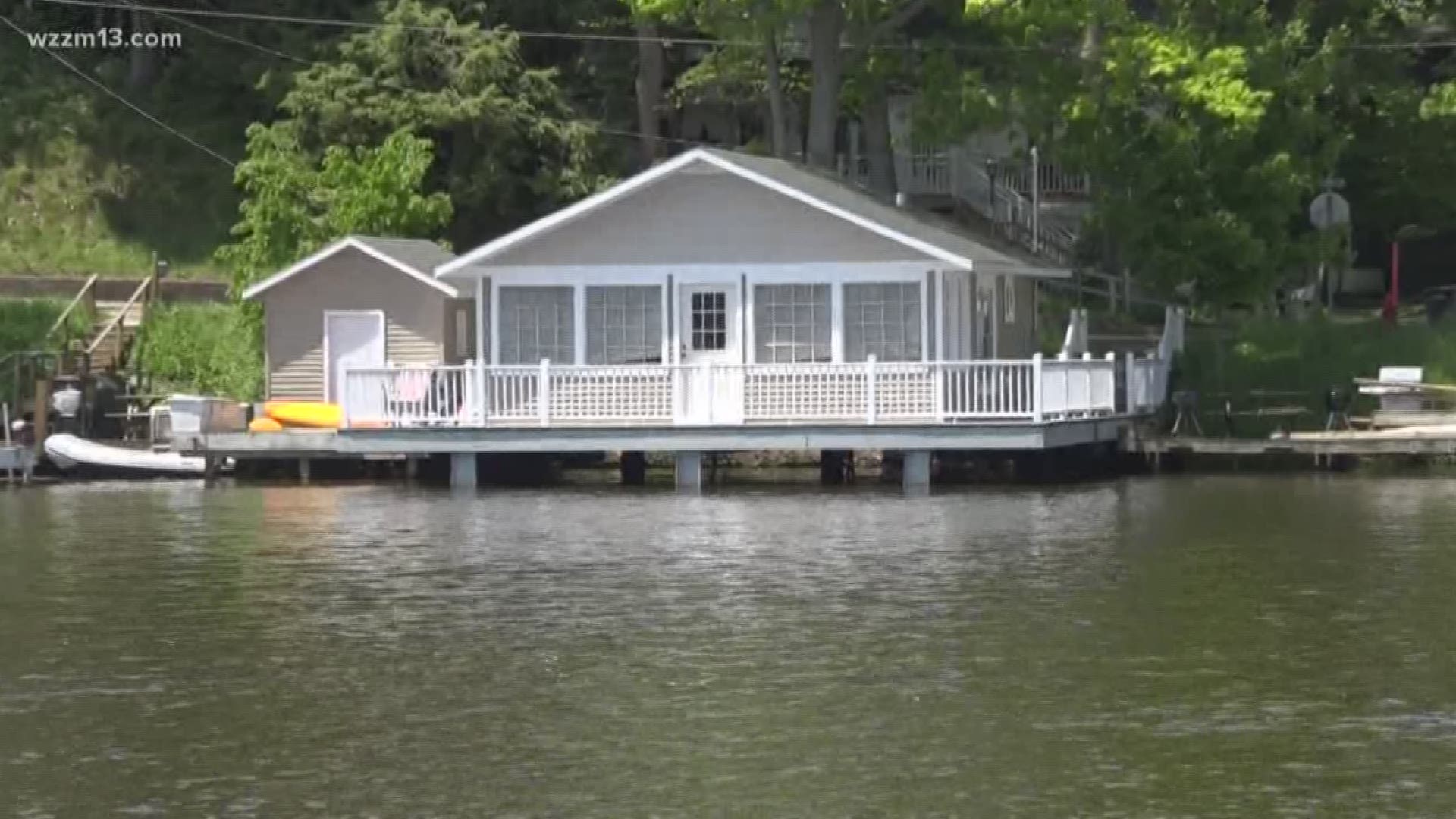 SAUGATUCK, Mich. - Water levels show no signs of stopping as they continue to consume docks, ramps and low levels of the ground on Lake Michigan's shore.

Local Saugatuck fishermen said it's the highest water they've seen in nearly 25 years, and the city's manager, Kirk Harrier concurred saying the water has been steadily rising since 2013.

"The one good thing is we don't have to dredge this year," fisherman John Watson joked.

While the high levels bring some benefits to boaters and fishermen, they also create concern for others on and around the water.

"When you have already high water levels, it doesn't take much for water to rise up and do damage to people's property," Harrier said.

Boaters are also having a hard time, as the water brings in branches and leaves into bodies of water. Watson said they can get caught in the boats' motors.

In addition, business or boat docks often have electrical units underneath, and power could be cut if waters raise high enough to hit the wiring.

Marinas in Grand Haven, Muskegon and Spring Lake have enlisted divers to remove these items as well as submerged docks.

"The last job that we were involved in, the docking was at least 30 inches under the surface... Nobody wants that hazard of boaters running into the docking, damaging their boats or possibly other safety concerns," Aaron Westrick, owner and founder of Superior Dive Service LLC explained.

Westrick said the water is projected to rise for the roughly the next two months.