"We are proud to serve the traveling public and be a part of your lasting memories of this great State of Michigan!"

ST. IGNACE, Mich. — Over six decades ago, the Mackinac Bridge opened to traffic for the first time on Nov. 1, 1957.

Friday, the Mighty Mac is celebrating its 62nd birthday.

The nearly five-mile bridge that connects Michigan's Upper and Lower peninsulas is the third longest suspension bridge in the United States. Construction on it started in 1954 and lasted three years. Five men died during the building of the bridge.

Every year on Labor Day, thousands of Michiganders head to the Mackinac Bridge for the annual bridge walk. For the past three years, it has been shut completely to vehicle traffic during the walk.

This year, the Mackinac Bridge Authority unveiled a new way to display the American flag—which is only flown on six holidays a year. Because the massive flag is 30 feet tall by 60 feet long, it can be a challenge hanging it properly, but the MBA devised a way to store the flag with something similar to a rolled up window curtain, lowering it with a remote control.

The flag will next be displayed on Veterans Day, Nov. 11.

The MAB tweeted on Friday that the bridge is "still standing strong" after 62 years.

"We are proud to serve the traveling public and be a part of your lasting memories of this great State of Michigan!" the Mackinac Bridge said. 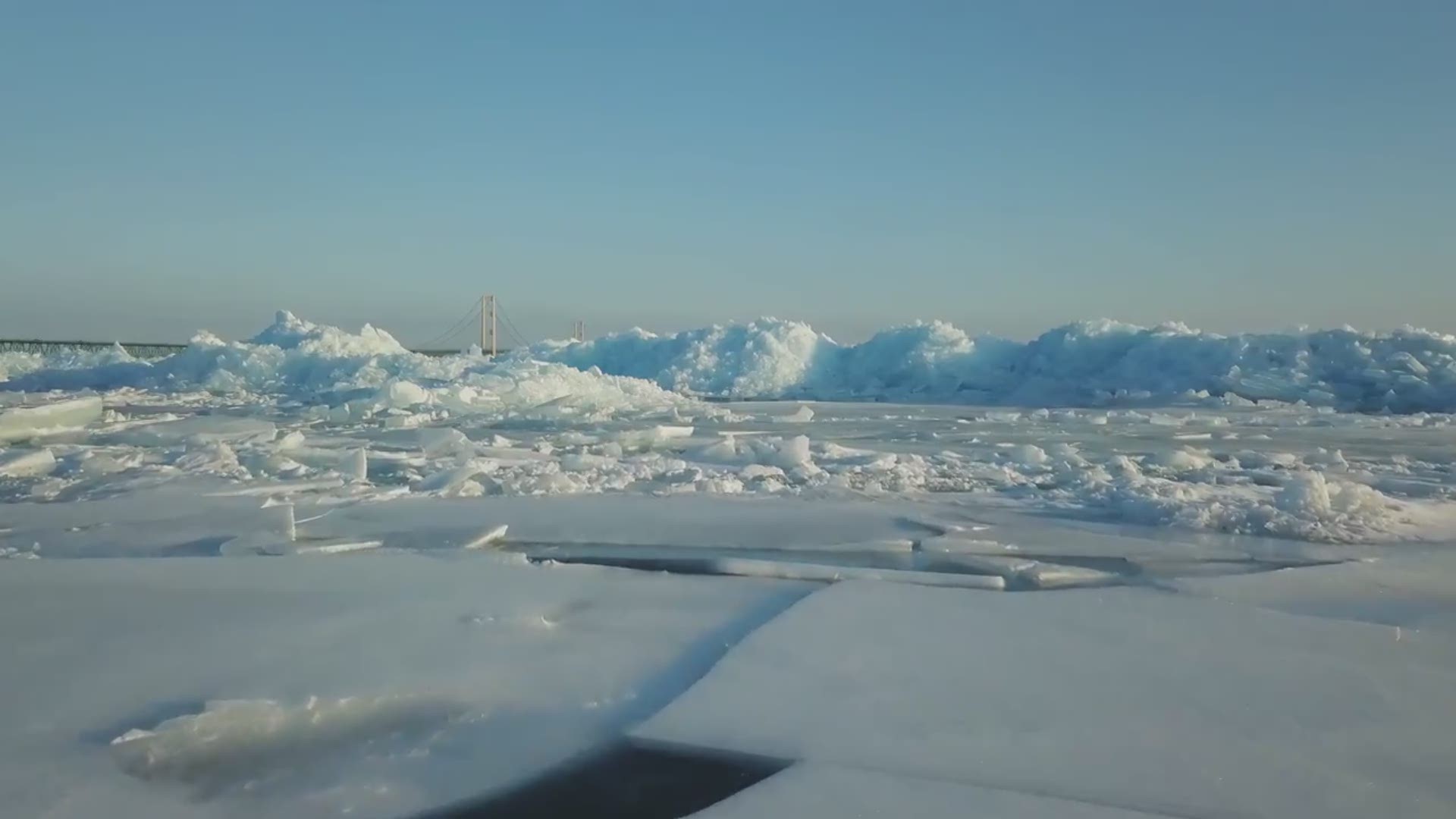