Michael Thompson, 69, has been in prison for over 20 years on charges that stem from a marijuana sale. 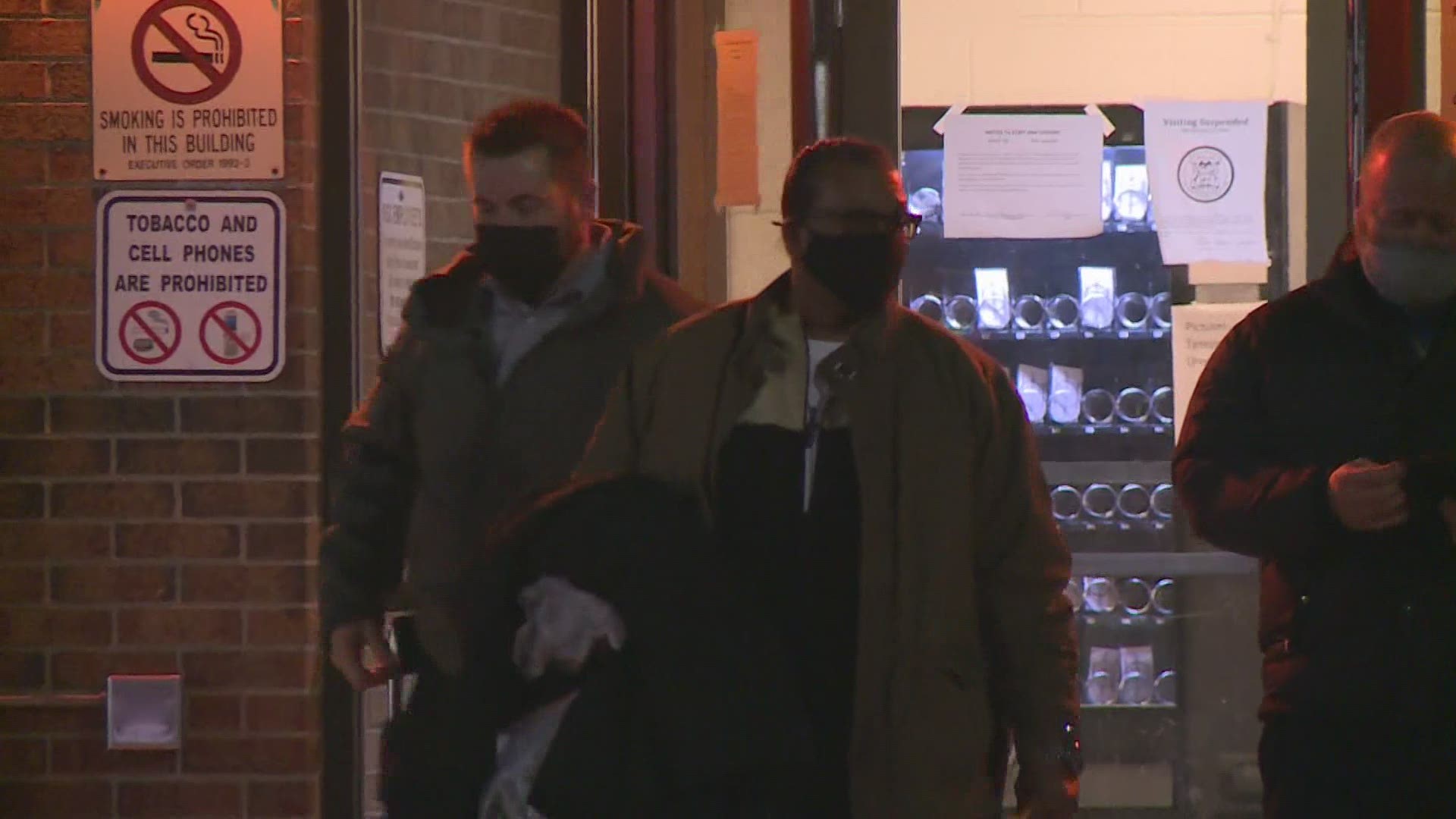 A Flint man, who spent over two decades of his life behind bars for charges that originated from a marijuana sale, was released Thursday morning and greeted by hugs from loved ones.

"I feel good. Twenty-five years is a long time," said Michael Thompson, after walking out of a Jackson prison facility.

Thompson, 69, was charged after selling marijuana to an informant in 1994. A subsequent search of his home led to weapons charges compounded with a habitual offender charge that would have kept him in prison for at least 42 years.

His case has garnered national attention. In late December, the governor announced he was one of four men to be granted clemency. They were all released on Thursday.

Though happy to be out, Thompson became emotional talking about the men he'd left behind after leaving the prison doors.

"It’s not just about me, it’s about thousands of guys that need help," he said.

He'd applied for clemency several times prior and been denied.

"At one time, I didn't think I was going to ever get out," Thompson said.

Thompson's case made national headlines, especially over the last year, and his story was shared widely on social media, giving way to thousands of people submitting letters to Gov. Whitmer in support of his release.

"It shouldn't take what it's taken to get him out," said Thompson's attorney, Kimberly Corral, a senior associate with Patituce & Associates.

"His sentence is egregious by any measure, and when you look at the volume of manpower that it's taken to get this relief, it reveals I think fundamental flaws in the criminal justice system's ability to correct itself."

'I'm happy it's finally over'

Thompson's daughter, Rashawnda Littles, was the first to hug him when he walked out of the doors of the Charles Egeler Reception & Guidance Center at 4 a.m.

She was 19 when her father went to prison.

Princess Thompson, Thompson's younger daughter, was just three-years-old when she last saw him, she also brought her daughter, who he'd never met.

The two women were emotional as they waited for him to walk out.

"I can't believe this is the day. It feels like I'm in a dream, but I'm happy It's finally over," Littles said just before her father was released.

In his over 20 years in prison, Thompson had to deal with the grief of losing loved ones he hadn't seen in years. His mother's last wish was that Thompson wouldn't die in prison, Littles said.

"Her wish has been granted, and I know she's up there in heaven, dancing," Littles said.

About a month after Thompson's clemency petition was submitted, the first COVID-19 cases were identified in Michigan. In August, he contracted the virus during an outbreak at the Muskegon Correctional Facility, where a majority of the inmates have tested positive for the virus. It was November when his parole hearing happened.

"At 69-years-old Michael sat in prison during a pandemic awaiting even a parole hearing," Corral said.

He was moved to the Jackson prison facility to recover from the virus.

A call for reform

During his time in prison, Thompson had a 'remarkable' record with only a few low level tickets, according to the Michigan Department of Corrections.

He spent time mentoring other men in prison, many of whom submitted letters in support of his clemency, Corral and Littles said. As he left the prison Thursday, it was the men still behind bars that he talked about.

"I just hope somebody can hear me," he said. "Those guys are human beings, and the way they treat them is not good and hopefully prison reform will help."

Thompson expressed concerns about the food they were served, the rehabilitation programs and the fact that other men sat in prison on marijuana-related charges.

"I am happy that I'm free, but there is so much work to be done," he said.

He said he hopes to be part of the change to the way things are done in the  department of corrections.

"Now, I got that out the way, I just want to let you know that I'm happy," Thompson said, before leaving the prison with his family.

Littles said they had a meal planned: fish with cucumber and tomatoes —Thompson's favorite.