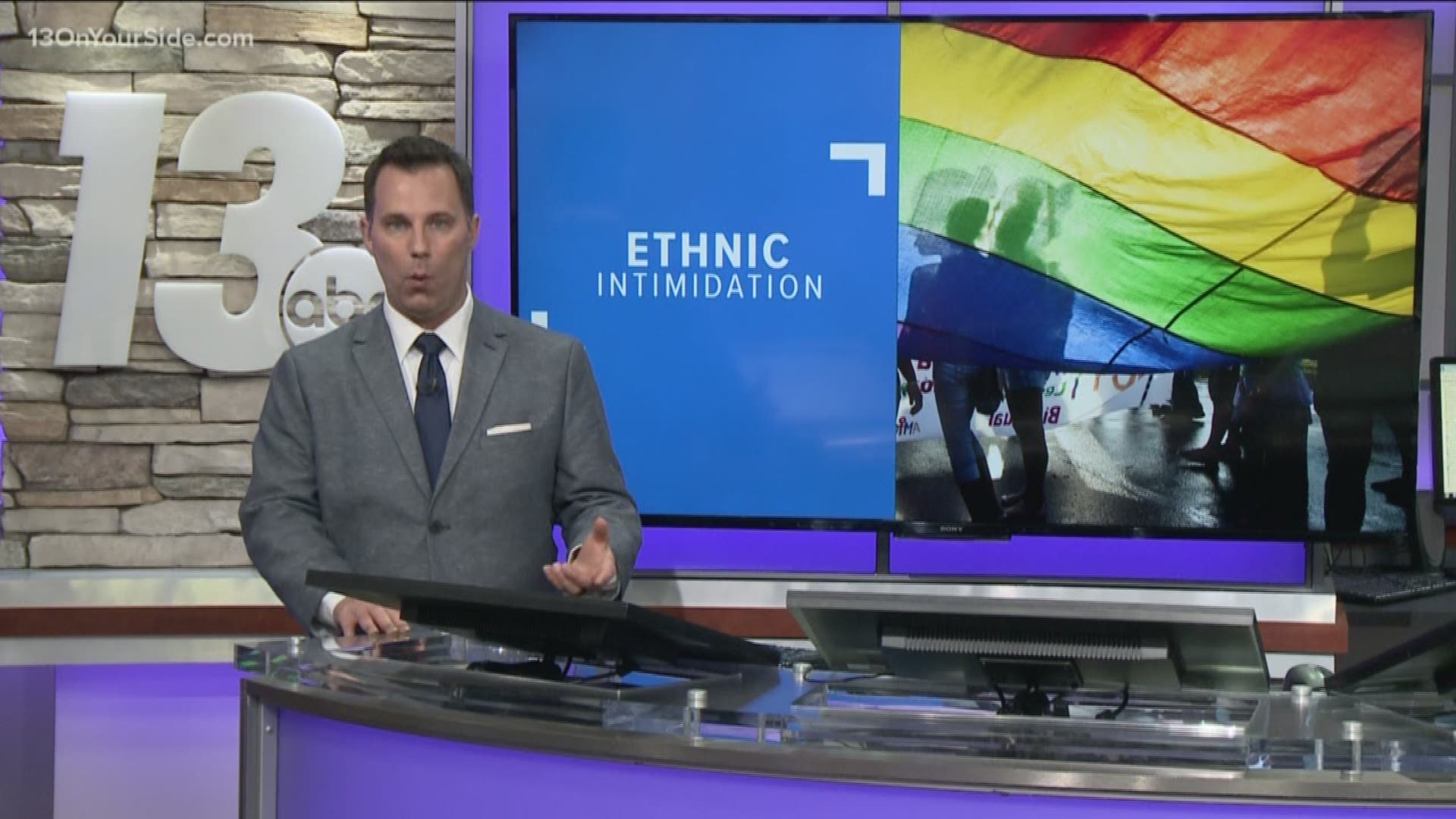 The current law was added in 1988 and amended in 1989. It currently makes it illegal to intimidate or harass someone because of their "race, color, religion, gender or national origin."

A group of democratic Michigan senators are sponsoring Senate bill No. 593, which proposes adding gender identity and sexual orientation to the law.

In 2017, a 17-year-old was beaten and stripped of his clothes in a Muskegon Heights attack. Muskegon County Prosecutor D.J. Hilson said the teen was targeted because of his sexual orientation.

Hilson said at the time that he hoped the Michigan legislature would use that case as an example of why the law needs to be expanded.

A similar bill was introduced in the Michigan House in June of 2017. It did not pass. The current senate bill has been referred to the Committee on Government Operations.

Only 19 states across the country include sexual orientation in their hate crime laws. 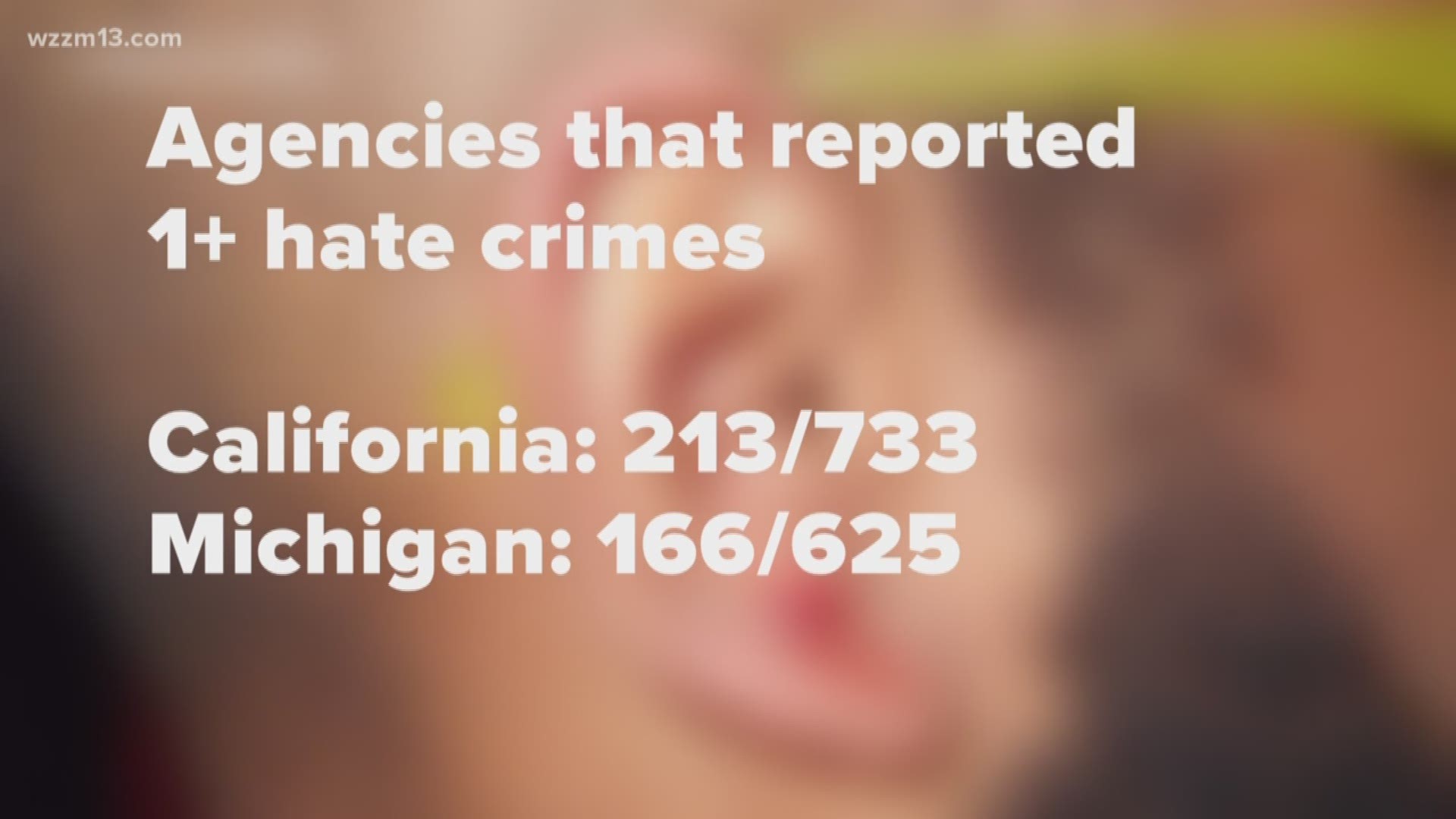