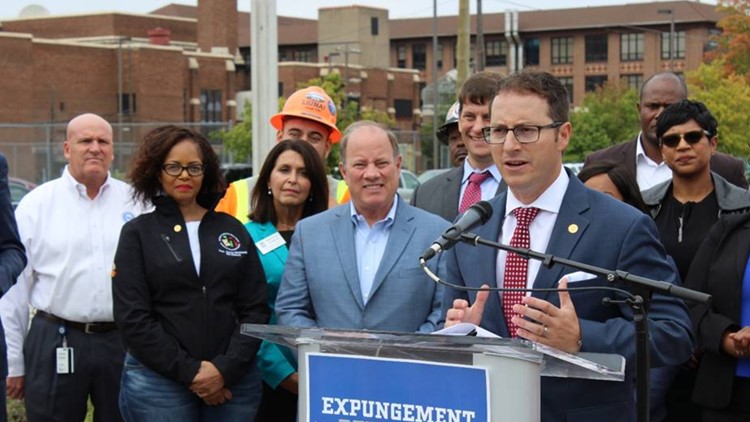 KALAMAZOO, Mich. — A group of Michigan legislators are trying to expand the state's expungement laws, which would give hundreds of thousands of residents with low-level criminal convictions a fresh start.

The package of bills is sponsored by State Rep. Graham Filler (R-DeWitt), chair of the House Judiciary Committee.

“The innovative reforms we’re proposing will make Michigan a leader in criminal justice reform,” said Filler. “By removing barriers for former offenders, we will give them new opportunities to thrive while simultaneously expanding the pool of workers available to Michigan job providers looking to grow.”

The bills include an expungement of certain marijuana convictions, which has been brought up in the state legislature since marijuana was legalized in Michigan.

The current expungement laws allow people with certain convictions to petition for the clearing of one felony or two misdemeanors after being free from the court system for at least five years.

“Expungement of criminal convictions from the public record is an important part of creating a society where justice is focused on rehabilitating offenders,” LaGrand said. “People who make mistakes, but who have turned their life around, shouldn’t be given a life-sentence of public shame. I’m glad to be a part of this bill package on improving the rules for expungement and look forward to working with my colleagues on this issue.”

The legislation will be formally introduced in the Michigan House this week.