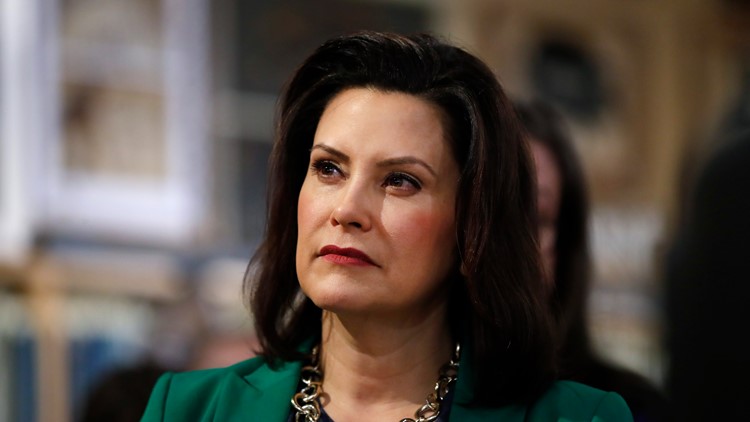 The rules will cover long-lasting "forever" chemicals known as perfluoroalkyl and polyfluoroalkyl substances, or PFAS, which were long used in firefighting, waterproofing, carpeting and other products.

The Environmental Protection Agency, which has established a nonbinding health advisory threshold of 70 parts per trillion, last month announced plans to consider setting nationwide limits on the toxic chemicals. Whitmer, a Democrat, said she will not wait for the Trump administration to act — a move that drew praise from environmental groups, lawmakers and others.

"This is a serious issue that is impacting more and more communities," she told reporters before speaking about her recently proposed budget with Lansing-area business leaders. "I think Michigan can be a leader in combating (PFAS). But it's going to be driven by science and facts."

In December, a scientific panel convened by former Republican Gov. Rick Snyder said Michigan's 70 ppt threshold — which applies in pollution cleanup cases but is not considered a maximum contaminant level — may not be strong enough to safeguard human health.

Whitmer ordered a state PFAS response team to form a science advisory work group to review existing and proposed health-based drinking water standards from around the country by July 1. She directed the Department of Environmental Quality to immediately file a request for rulemaking to establish an enforceable contaminant level, or standard. Interested parties must give input by Oct. 1 under an accelerated schedule.

Whitmer did not indicate what she thinks the standard should be or when the rule will be finalized, saying "we need to rely on experts and scientists to advise us."

A Democratic-sponsored bill that would designate a 5 ppt ceiling has not gotten a vote in the GOP-led Legislature.

More than 60 drinking water systems in the state that were sampled last year had measurable levels of PFAS . Two of them — the city of Parchment and Robinson Elementary School near Grand Haven — had PFAS levels above 70 parts per trillion. About 75 percent of Michigan's drinking water comes from public systems. The testing by the state's environmental agency did not include private residential wells.

Agencies are investigating more than 40 sites with known sources of PFAS contamination, including areas near military installations and industrial landfills.