The Michigan Senate will return on Thursday, Oct. 8 to vote on legislation and send bills to the House, which plans to meet on Tuesday, Oct. 13.

Under a state of emergency, Whitmer was able to issue dozens of executive orders with broad mandates in the state's pandemic response. But because of Friday's ruling, she will now need to work with legislature. Tuesday, she urged the Legislature to "cancel their October recess."

Senate Majority Leader Mike Shirkey and Speaker of the House Lee Chatfield, both Republicans who have been critical of the governor's emergency powers, issued a statement saying the legislature will return to session.

"In the wake of the Supreme Court’s ruling, there are a number of time-sensitive issues that will require legislative action. We are meeting as soon as possible to take that action to keep Michigan families safe from COVID-19 and the effect it has had on our state," the statement read.

The Michigan Senate will return on Thursday, Oct. 8 to vote on legislation and send bills to the House, which plans to meet on Tuesday, Oct. 13.

"We will do everything we can to make sure the people of Michigan have peace of mind about the state’s response and about their future," the joint statement said.

Chatfield and Shirkey said the exact agenda hasn't been determined yet, but "the Senate and House are working together right now to review the governor’s numerous executive orders and determine which issues require immediate attention."

This statement comes after Whitmer criticized the legislature for having "lots of anti-maskers." She also took aim at Shirkey, who over the weekend said he wouldn't back a statewide mask mandate.

Whitmer said his comments show a "disdain for science and ignorance of the epidemiology we are up against." 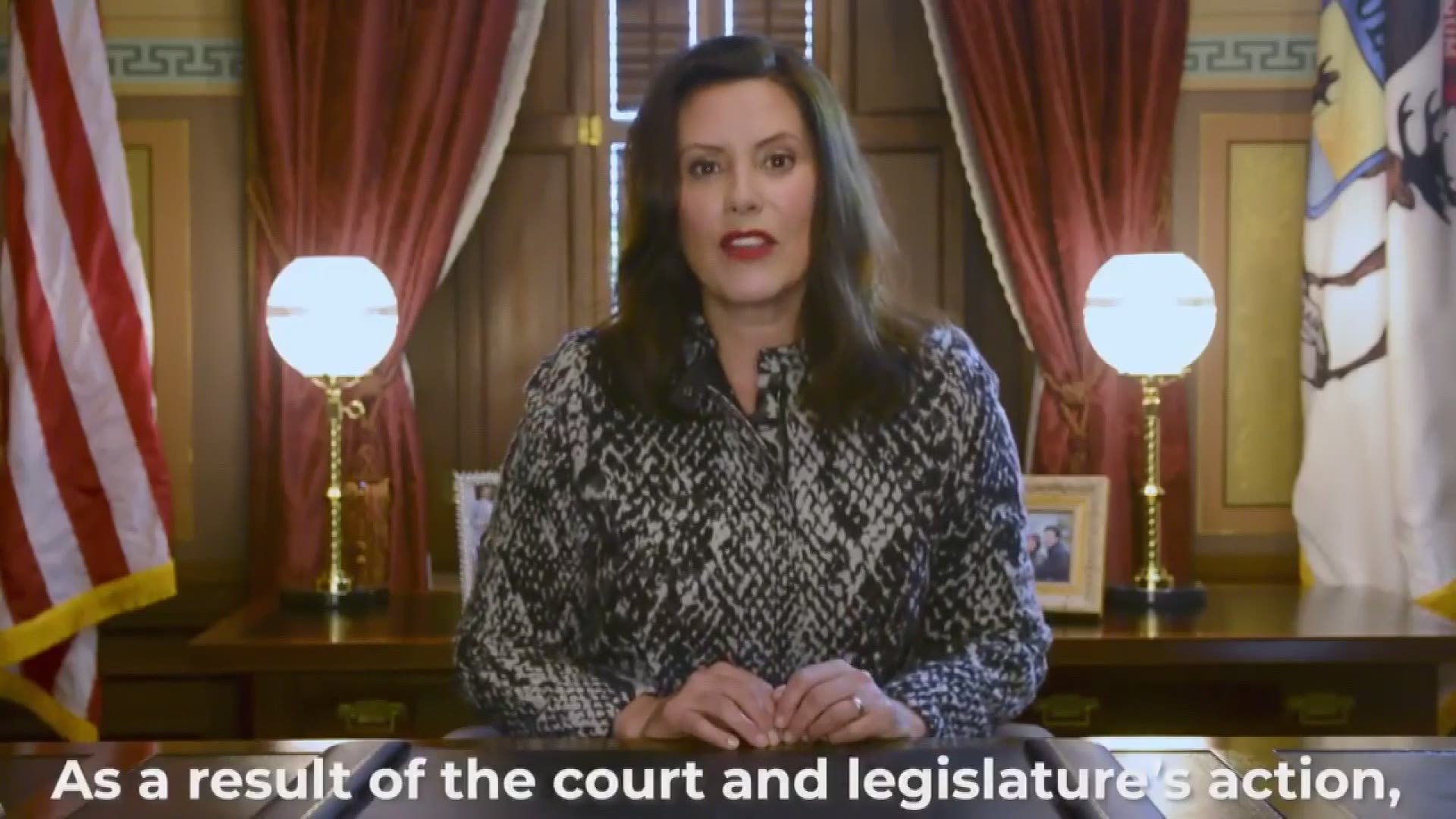