The development would be a landmark in a state with many gambling options already.

LANSING, Mich. — The Legislature and Gov. Gretchen Whitmer are closing in on an agreement to legalize sports betting and internet gambling in Michigan, with final votes possible this week.

The development would be a landmark in a state with many gambling options already. Those include three commercial casinos in Detroit, 24 tribal casinos across western and northern Michigan, and the Lottery, which also has an online component.

The abundance of competition is a complicating factor, primarily due to concerns that letting casinos offer online gambling would hurt rapidly growing revenues from the state’s iLottery. The Lottery sent nearly $1 billion to the state’s school fund in the last fiscal year for which figures are available, 7% of which came from online games.

The Whitmer administration has worried about the “substitution effect” — that people who play the Lottery online will move to playing poker and other internet games offered by the casinos, particularly in the long term as they become more comfortable using electronic devices to gamble. While the initial crossover would likely be small, the financial impact could be bigger.

The Republican-led Legislature and Democratic governor have worked to find a sweet spot, so the school aid fund would be protected while online games could be taxed at a rate that lets casinos do business and attract new players.

“I believe we’ve made a lot of progress with stakeholders and the administration on coming to an agreement,” said Sen. Curtis Hertel Jr., an East Lansing Democrat. “The administration had some real concerns and we took those into account. We’re going to make sure that the school aid fund is healthy going forward.”

Legislative staffers and aides to Whitmer planned to work through the weekend reviewing proposed Senate changes to bills that passed the House in October. The Senate Regulatory Reform Committee and full Senate could vote Tuesday, one of the last days of session before legislators break for the year.

One revision, Hertel said, would permanently earmark some of the new gambling revenue to a state fund that compensates first responders for lost wages and medical benefits if they get cancer from fighting fires.

Rep. Brandt Iden, a Republican from Kalamazoo County’s Oshtemo Township who has helped to spearhead the legislation, said his main focus is to protect consumers by legalizing sports betting and internet gambling that now is being facilitated by illegal bookies or non-U.S. websites. There also is money to be made, not only for casinos but governments, he said.

“If we don’t do something to make sure that we are competitive in that marketplace, we are going to lose out,” he said, noting that sports betting is underway in Indiana and has been legalized by Illinois. “The longer we delay on this frankly is another day that we miss out on a dollar.”

The U.S. Supreme Court in 2018 paved the way for all 50 states to allow sports gambling. It is underway in 13 states and has been authorized in six more, according to the American Gaming Association. At least four states allow their casinos to offer online poker or other forms of internet gambling.

Both Whitmer and lawmakers have no concern that sports wagering could cannibalize the Lottery. But they have been at odds over how much to tax those bets, too, not just setting the tax rate for online slots and table games.

The House backed an 8.75% tax on sports wager receipts after winnings are paid out, plus letting the city of Detroit collect an additional 3.25% tax. At that time, Whitmer suggested taxing sports bets at 10%, 11% or 12% depending on the extent to which Michigan allows casinos to create online poker and table games.

Under the House-passed measures, much of the new revenue from sports wagering and internet gambling would go to the school fund.

“The administration continues to work closely with all parties to find consensus on this legislation,” said Whitmer spokeswoman Tiffany Brown. “Gov. Whitmer has made it clear that protecting revenues for schools is her top priority.”

Despite progress being reported, no final decisions had been made Friday about advancing the legislation.

“I think there’s a lot of people, as there typically are in the Capitol around this time of the year, who find themselves able to identify emergency legislative priorities,” said Amber McCann, spokeswoman for GOP Senate Majority Leader Mike Shirkey of Clarklake. “But it’s often difficult to muster up a majority who feels the same way.” 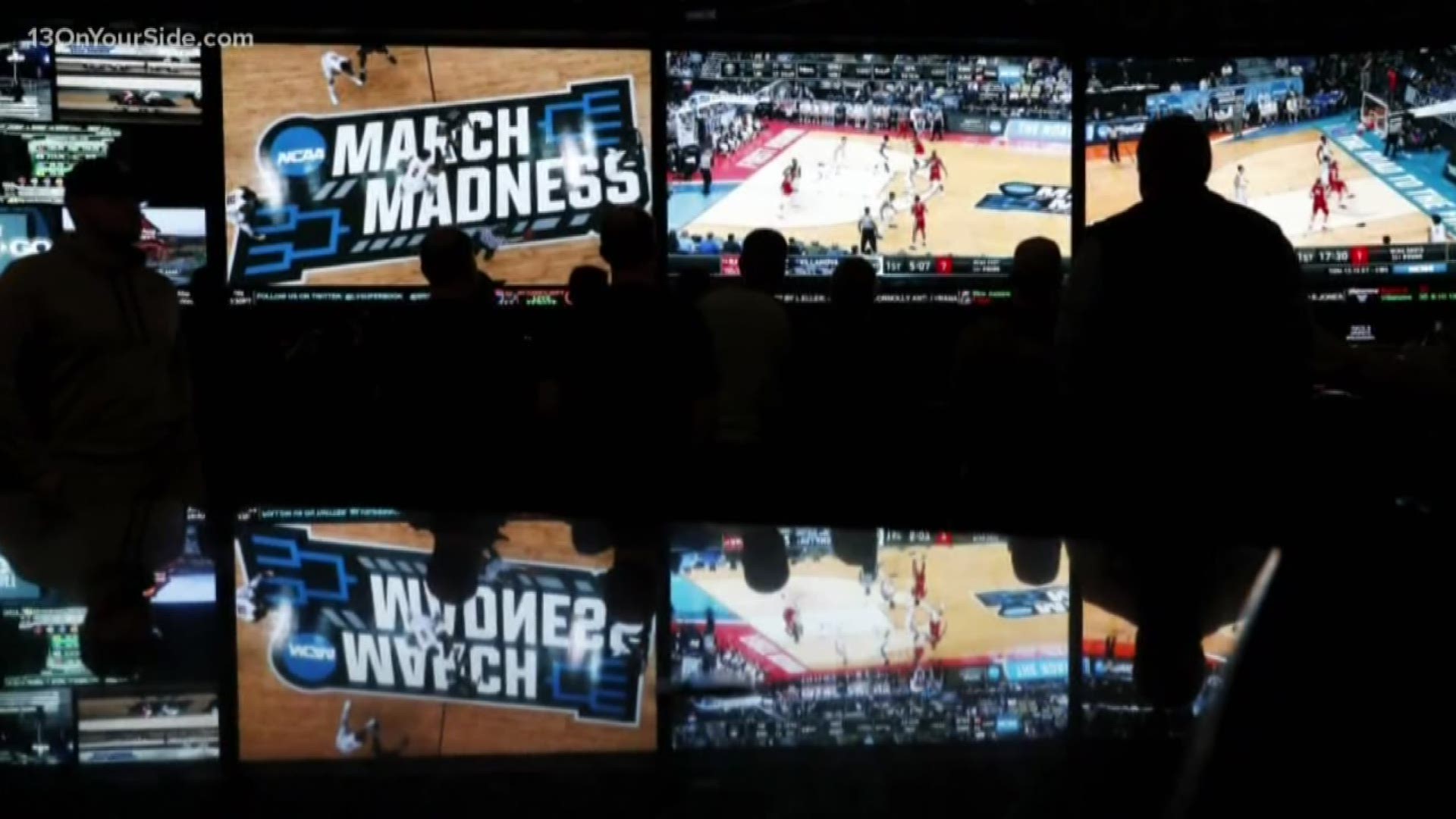