According to police they were last heard from when Sheldon was on the phone with her grandfather. 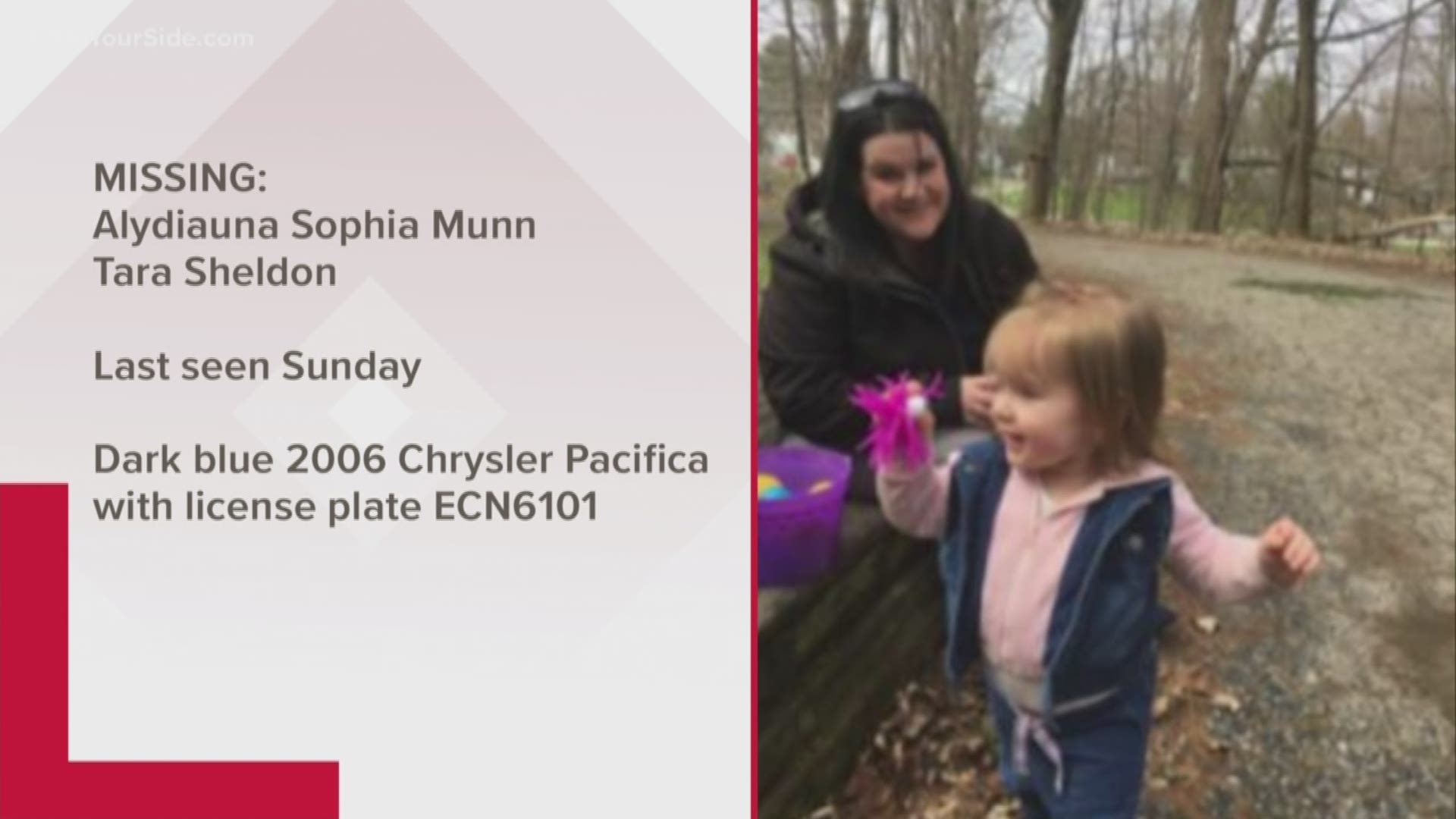 The Sanilac County Sheriff's Office says both a mother and 3-year-old daughter have been found after Tara Sheldon and her toddler, Alydiauna Sophia Munn were reported missing this week.

Deputies were able to follow a tip that the mother and daughter were seen at a business in Bay City over several days. Police verified the information after getting photos from the store's surveillance system. The photos were shown to Sheldon's family to confirm the identities.

"The family agrees with investigators that Tara and her daughter did not appear to be in any apparent danger or duress at the time the photo was taken," the sheriff's office said.

Michigan State Police are searching for a mother and her 3-year-old daughter from Sanilac County.

According to police they were last heard from when Sheldon was on the phone with her grandfather and told him her someone had broken into her vehicle and she would call him back. He says she never did and none of her family or friends have heard from her since.

Police say the incident occurred at an unknown location. Investigators are currently searching for the vehicle Sheldon drives.