AG Dana Nessel said she will issue a formal opinion Monday, saying the Michigan Capitol Commission has the legal authority to ban guns at the Capitol. 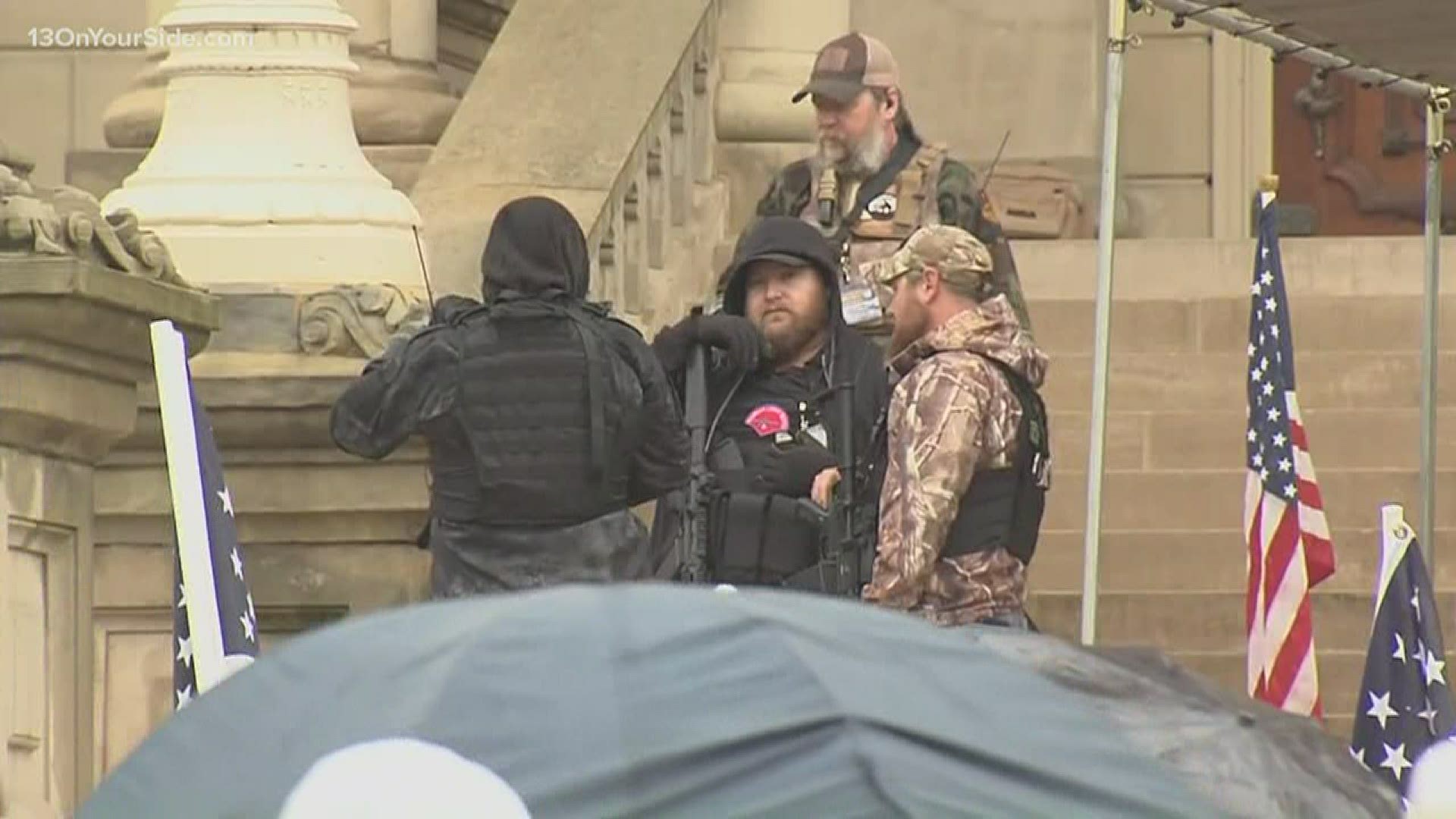 This move underlines the letter she sent to the commission on Friday, in which she said they have the legal authority to prohibit firearms in the state Capitol. The six-person Capitol Commission operates, manages and maintains the building and its grounds.

Democratic lawmakers have pushed for guns to be banned after demonstrators, some of whom were armed, protested Gov. Gretchen Whitmer's state of emergency extension request on April 30.

"It's a scary scene," Nessel said, noting that photos of the protesters have been shared around the country.

The attorney general said she'd heard from some commissioners who were unsure if they had the legal authority to ban guns from the Capitol. That's what prompted her letter, which outlines their ability to take such action. The commission responded by saying they needed a formal opinion, Nessel said.

"And I said, 'Well if that's what you need, then you shall have it.' We'll be submitting a formal AG opinion, indicating the Capitol Commission can absolutely prohibit firearms, and that will be coming out shortly prior to the meeting at 11 o'clock tomorrow," said Nessel.

John Truscott, vice chair of the commission, told the Associated Press this week that the panel has no jurisdiction to prohibit weapons. He said only the legislature can institute a ban by passing a bill.

"The Capitol Commission is on sound legal ground, should they choose to do that," Nessel said, noting that these are "reasonable restrictions" on the public.

Credit: AP
In this April 30, 2020, photo, members of a militia group watch the protest outside while waiting for the Michigan Senate to vote at the Capitol in Lansing, Mich. Gun-carrying protesters have been a common sight at some demonstrations calling for coronavirus-related restrictions to be lifted. But an armed militia’s involvement in an angry protest in the Michigan statehouse Thursday marked an escalation that drew condemnation and shone a spotlight on the practice of bringing weapons to protest. (Nicole Hester/MLive.com/Ann Arbor News via AP)

Following the protest, some Michigan lawmakers said they felt intimidated and fearful because of the presence of guns. Nessel said she's become aware of a number of credible threats against legislators and law enforcement.

"This situation is simply a ticking time bomb. It's not a matter of if there will be a serious incident at the Capitol building, but when," she said. "If the Capitol Commission has the ability and has the authority to act and they fail to do so, in my opinion they're the ones that will have blood on their hands."

Firearms have historically been allowed at the State Capitol, and pro-Second Amendment rallies tend to happen annually in Lansing. Michigan law does not prohibit people from openly carrying firearms in public. Concealed pistols can be carried with a permit, except for in schools, day care centers and other specific places.

Nessel compared banning guns at the Capitol to the fact that they aren't allowed within courts to protect juries.

"We're not just talking about protecting legislators, which is incredibly important," said Nessel. "But we're talking about all the staff that work at the Capitol building and the public in general." She also recommended that, because of the current climate, that schools should stop taking children on tours of the Michigan Capitol.

While guns are allowed within the Capitol, signs are not. And Nessel notes that this is not a violation of free speech, but it's a rule enacted by the Capitol Commission to protect the building from being damaged.

On Friday, the Michigan House Democratic Caucus also called for guns to be prohibited from the State Capitol Building. They said 19 other states also restrict or prohibit firearms in state capitols and public buildings.

Guns are not allowed at the U.S. Capitol.

The Michigan Capitol Commission plans to discuss and vote the issue on Monday at 11 a.m. 13 ON YOUR SIDE reached out to the Truscott for comment on Sunday.