"It's becoming an outdated practice." 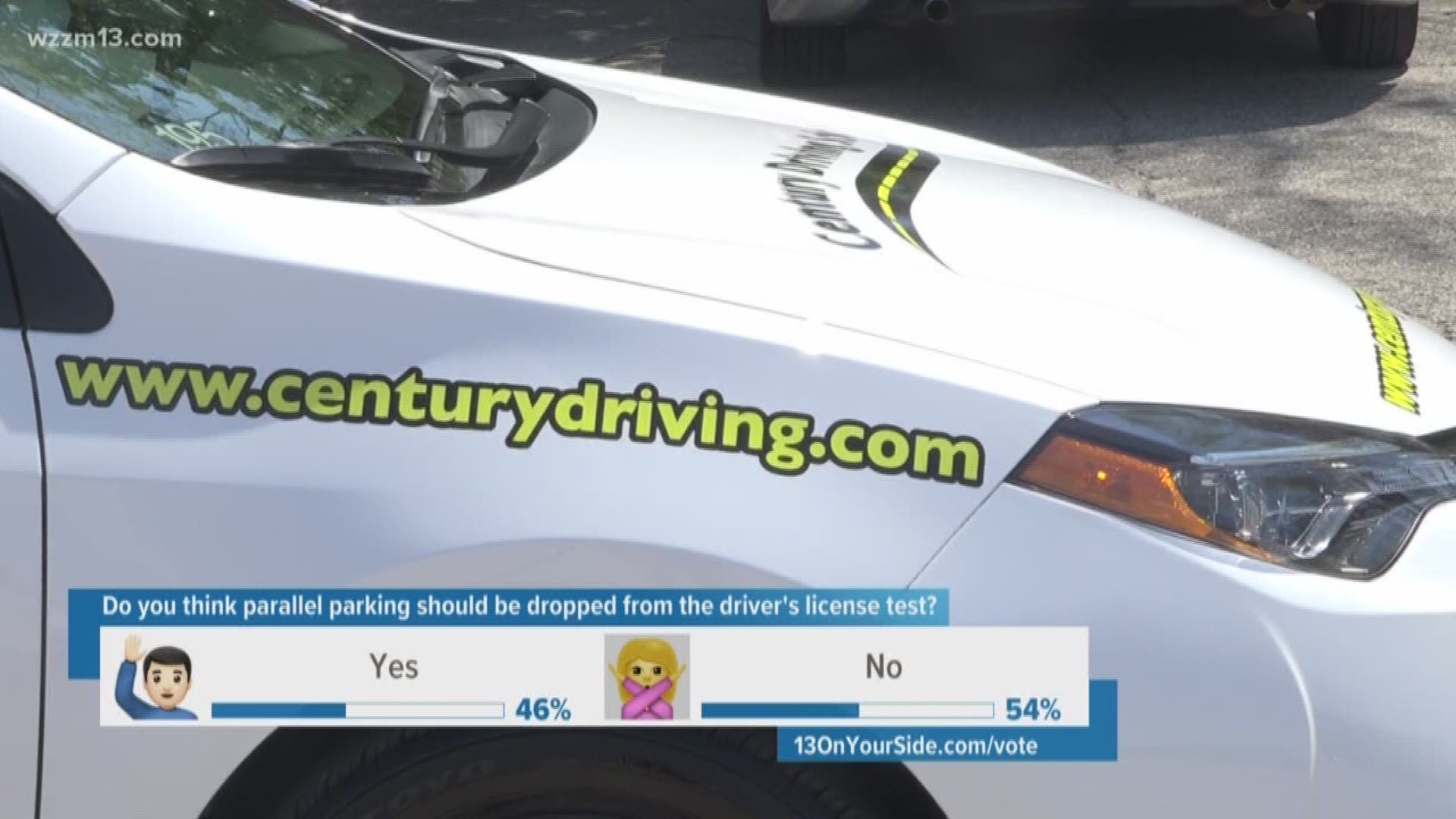 MICHIGAN, USA — Prospective Michigan drivers may get to skip out on the parallel parking portion of their driving test. A new bill has been proposed to take out the skill.

Michigan State Rep. Sarah Lightner (R-Springport) introduced the bill on May 9, and it was referred to the Committee on Transportation.

The bill states, “The Secretary of State shall not require an applicant for an operator’s license to demonstrate proficiency in the skill of parallel parking to successfully complete a driving skills test.”

Michigan requires drivers to pass a “basic control skills tests,” which includes a "blindside backing" skill, which many know as parallel parking. Lightner said constituents came to her upset after paying an average of $50 for a driving test, only to fail during the blindside backing, preventing them from moving onto the on-road, driving portion.

"It's a money game," Lightner said, adding that to fail a test on the basis of parallel parking proficiency isn't ideal in today's world, which she added is moving toward angled parking instead.

"It's becoming an outdated practice," she said. "If you do have a parallel parking issue, if you can't fit, drive around the block."

While parallel parking would still be taught in drivers training programs, some instructors worry about adults who aren't required to take training segments one and two.

"There is no way then to validate that the individual has some basic skills," Dave Muma, owner of Century Driving.

When asked if she would still study parallel parking if it was not part of her driving test, high school senior and student-driver, Laine Fleszar, said "probably not."

"It wouldn't be on the top of my priority list. I'd be focused on things that I'd need to pass," she said.

Lightner backed her proposal, of which she is the sole sponsor, adding that over a dozen other states, including Illinois and Ohio have also done away with the requirement.

Muma said "parallel parking" itself isn't specified in the driving test, but it's a key exercise used to show off the skills the test is looking for.