Private Upper Peninsula island could be all yours for just $495,000

About 18 Michigan islands are listed for sale on the Private Islands Inc. website, with prices as high as about $2 million.

Owning a private island doesn't require millions of dollars: For $495,000, the 2-acre Howard Island east of Michigan's Upper Peninsula offers solitude about half a mile from shore.

"You need to own a boat," sales agent Suzanne Kuusinen said, adding that a pontoon boat is included in the price. "Potagannissing Bay freezes over. So if you wanted to go to it in winter, you could take a snowmobile, or you could cross-country ski on it."

Two cabins, electricity access, a new septic system and a small cedar forest are also included. The property, on Lake Huron, has been listed for about 18 months, and late last fall, its price was decreased by $55,000, said Kuusinen of Drummond Island Realty. The island is part of Chippewa County, and it includes police and fire services.

Most people don't live on the islands in winter. Springtime, when the ice breaks up, can make access tricky.

"I would say the month of April is pretty shaky," Kuusinen said, adding that year-round residents make sure they're prepared to stay put for a while or use a small boat to get around the ice. "Either sit tight, or get creative." 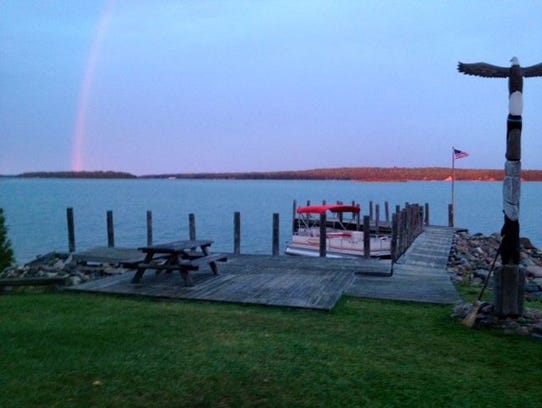 Howard Island, a property with two cabins on Lake Huron, is listed at $495,000 through Drummond Island Realty. (Photo: Susan Hadley)

About 18 Michigan islands are listed for sale on the Private Islands Inc. website, with prices as high as about $2 million. Kuusinen said residents of the many islands near Howard Island are mostly from the Lower Peninsula, but some come from as far as Texas and North Carolina.

"It's pretty interesting to folks to own an island to yourself; a bunch of the island owners out there kind of have a group," Kuusinen said, adding that they take turns hosting parties.

The Howard Island property receives electricity through an underwater line, and the pontoon boat is stored at a marina on Drummond Island. Both cabins include pine interiors, slate fireplaces, vintage log furniture "and everything you need from day one, turnkey," according to the listing.

And if you can't afford to buy it, the island is listed at an average of $329 per night on Vacation Rentals By Owner. 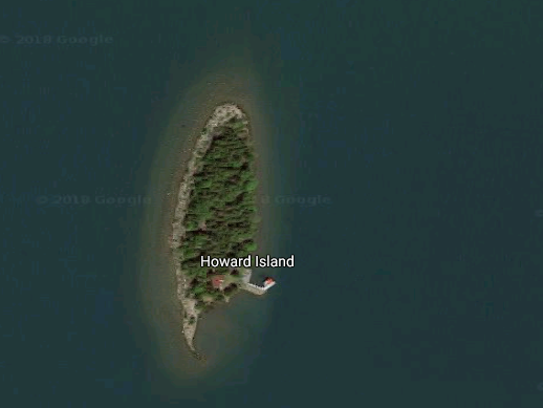