Public visitation to be held for longtime Rep. John Dingell

Visitation is set for Monday in Dearborn and his funeral will be held on Tuesday. 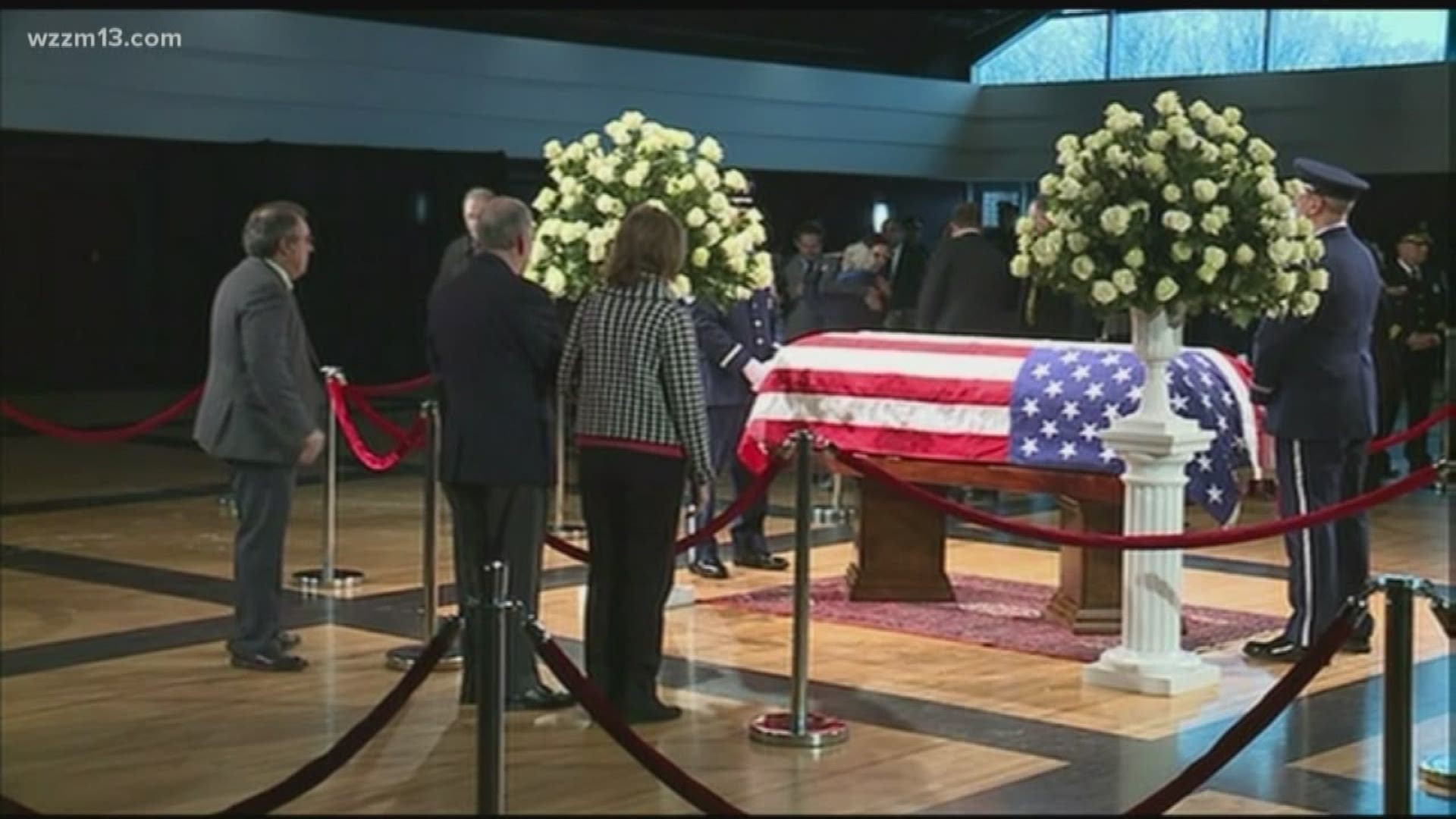 DEARBORN, Mich. (AP) - A public visitation will be held in Michigan to honor John Dingell, the longest-serving member of Congress in history, who died last week at age 92.

The visitation will be Monday at Ford Community and Performing Arts Center in his hometown of Dearborn, a Detroit suburb. A funeral will be held Tuesday at a local church.

His wife, Rep. Debbie Dingell, says another funeral will be held in Washington and that her husband will be interred at Arlington National Cemetery.

Dingell represented parts of southeastern Michigan in Congress for nearly 60 years before retiring in 2014.