LANSING, Mich. — Democratic Michigan Gov. Gretchen Whitmer signed bipartisan legislation Thursday to raise the age at which offenders are treated as adults in the criminal justice system from 17 to 18.

The move was hailed across the political spectrum as long overdue and one that ensures 17-year-olds will receive rehabilitation services instead of potentially being locked up with adults. State Attorney General Dana Nessel, a Democrat, called it a historic event.

Some questions and answers about the new laws:

WHEN WILL THE LAWS TAKE EFFECT?

WAS MICHIGAN AN OUTLIER?

Yes. Once "raise-the-age" measures go into effect in Michigan and Missouri in 2021, there will be only three states to still automatically consider 17-year-olds as adults in criminal cases: Texas, Georgia and Wisconsin.

Advocates say it is unfair to charge 17-year-olds as adults when they cannot vote, serve on a jury, enter a legal contract or buy tobacco. It also is harmful, causing the offenders lifelong barriers in housing, employment and education, according to supporters of the bills that won overwhelming support in the Republican-led Legislature.

In 2004, Briana Moore was charged as an adult with misdemeanor assault and battery for her role in a fight at a mall. Moore, who was 17 at the time, had trouble meeting the terms of her probation and wonders what sort of help she would have received if she had been treated as a juvenile.

"That impact has followed me the last 15 years," said Moore, of Madison Heights, who had to explain her criminal record when applying to college and graduate school and seeking cosmetology and social work licenses from the state.

Youth tried as adults are more likely to be raped and assaulted in prison or jail, die by suicide and reoffend, according to the Raise the Age Coalition.

WHAT IS THE IMPACT?

Raising the age in Michigan will reduce the number of 17-year-olds being charged with felonies and misdemeanors by up to 7,200 annually, according to the governor's office.

"We can prevent kids from spending a lifetime in and out of prison. We can reduce their contact with the system. We can ensure that more young people get on the field paths to careers ... that allow them to live out their best potential," said Lt. Gov. Garlin Gilchrist.

Yes. Prosecutors could still try 17-year-olds and younger offenders as adults for violent crimes such as murder and rape. They could be housed in an adult prison or jail if they are physically separated — out of sight and sound — from adult inmates.

One new law will, starting in October 2021, bar a minor under 18 who has been arrested for or convicted of a crime from being housed in a cell with an adult inmate. The current prohibition applies to those under age 16.

WHAT IS THE COST?

The state will cover the additional juvenile justice-related costs. They could range between $27 million and $61 million annually. 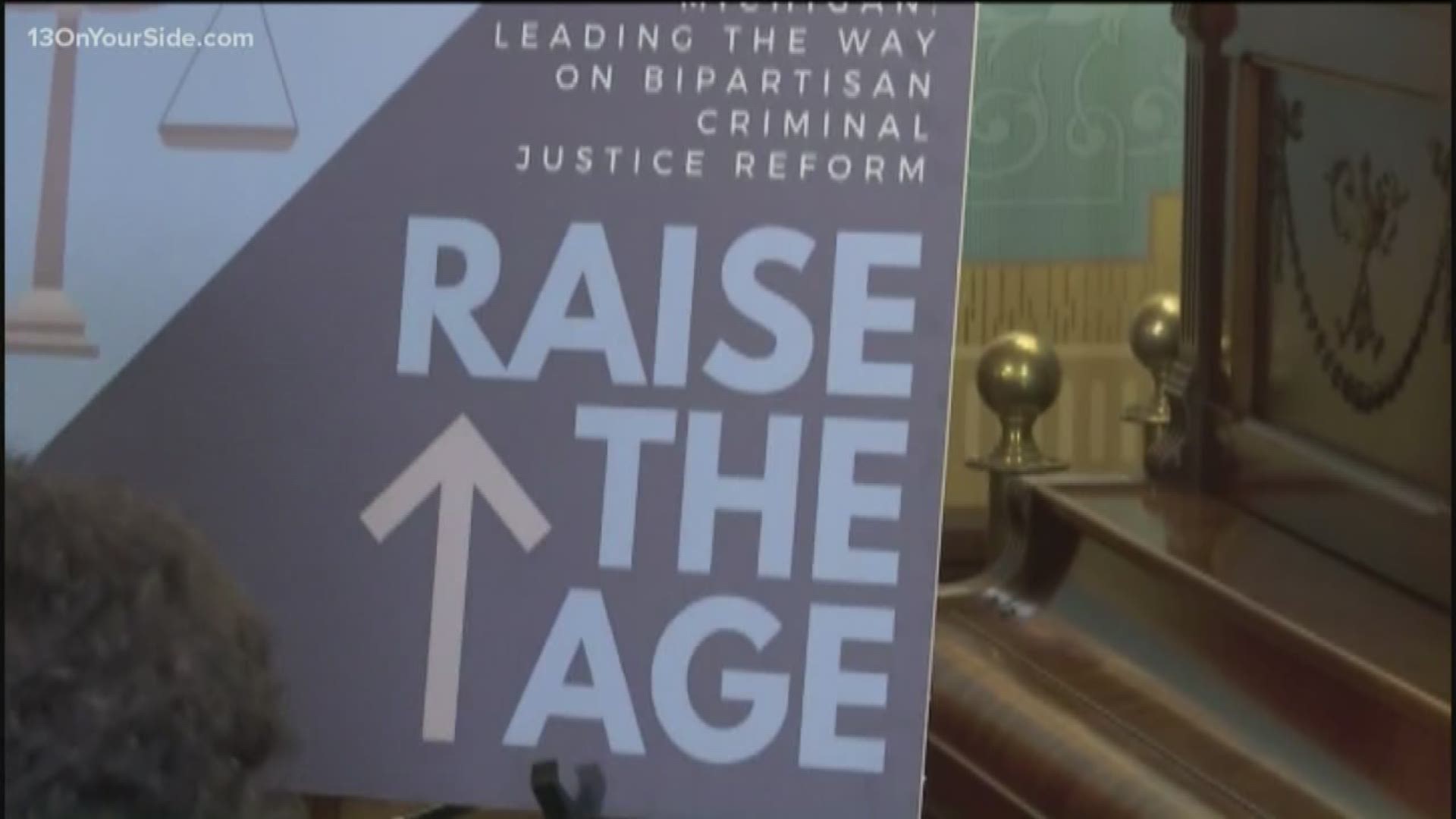