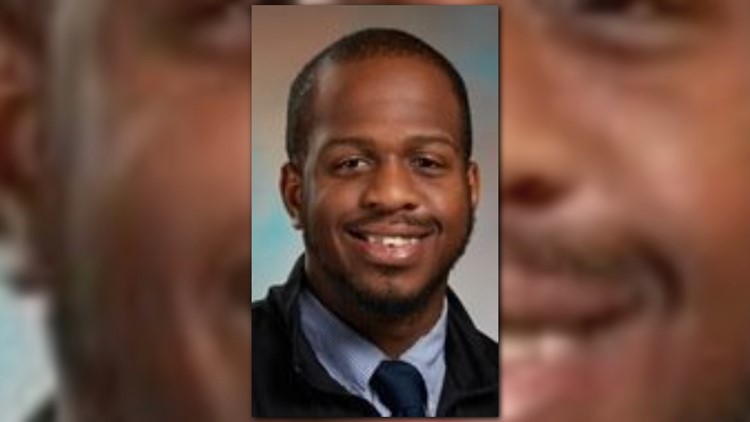 Zachary Winston remembered as 'charismatic' with an 'infectious smile'

Albion College basketball player and sophomore Zachary Winston died Saturday night after he was hit by a train in Albion.

Following his death, Albion College and the basketball community are remembering and honoring Zachary. He was 19 years old.

Sunday, Albion College's president issued a letter to the community. Dr. Mauri Ditzler said Zachary was "an extremely charismatic young man with an infectious smile." Ditzler also said the sophomore was a recognized leader on campus.

"He was deeply loved and will be deeply missed," Ditzler said.

Zachary was in his second season of college basketball, and his younger brother Khy was in his freshman year of playing for Albion College. The two brothers faced their older brother Cassius Winston on the court in October, when Michigan State played Albion in its exhibition game. Zachary had to sit on the bench because of an injury, but all three brothers were at the game.

"He was another coach on the floor," said May. "He was just a pleasure to be around on a day-to-day basis."

Arend said that Zachary was the type of student athlete who gave it all on the court and in the classroom. He said that the academics were "extremely important" to Zachary who was a finance major in the Gerstacker Institute for Business and Management

"I think that came from his family and his background who stressed the academic piece. He carried that on while he was here," said May.

Arend said they are helping the basketball team process their grief.

"The great thing about the team is that they're together. They're supporting one another. They're picking each other up. The campus community has activated itself and provided great support for that team as well," said Arend.

Albion College said it has made counseling available to students, faculty and staff in the days ahead.

"Zach had a lot of different families. He had an Albion College family. He has his basketball family. And he has his real family with his parents and brothers and all his friends. Those people were really important to him. On behalf of the team and coaches, we want to pay our respects to the Winston family," said May.

Both May and Arend gave their condolences to the Winston family and the Michigan State basketball program.

On Sunday night, Michigan State played Binghamton at the Breslin Center in East Lansing. Cassius Winston was in the starting lineup, and the team held a moment of silence for Zachary.

"Ladies and gentleman, last night the Michigan State basketball family suffered a great loss with the passing of Zachary Winston, Cassius' brother" read announcer Jeremy Sampson. "Would you please rise for a moment of silence in memory of Zachary."