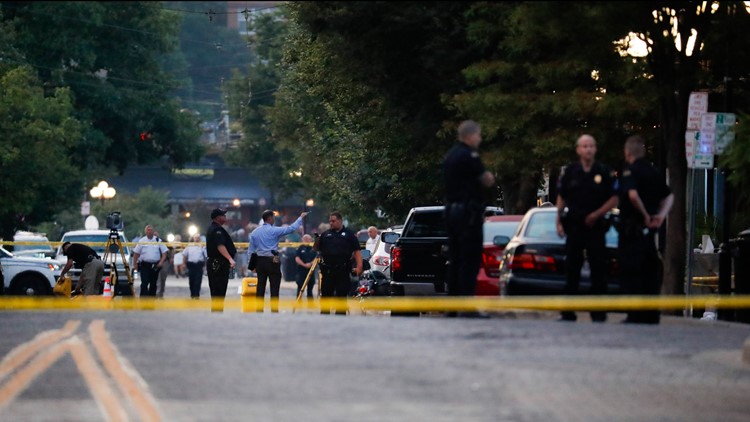 Some Michigan lawmakers call for gun reform after 2 mass shootings

In less than 24 hours, there were two mass shootings in America that killed 29 people and injured dozens more.

The first was in El Paso, Texas at a crowded shopping center late Saturday morning. Twenty people were shot and killed and 26 people were injured in the mass shooting, which is now being considered domestic terrorism. The suspect is being held on capital murder charges, and authorities are seeking the death penalty.

RELATED: Here are the victims of the El Paso Walmart shooting

The second occurred about 13 hours later in Dayton, Ohio. Nine people were killed and 26 injured when a 24-year-old shooter opened fire in a downtown area around 1 a.m. Sunday. The suspect's sister was killed in the mass shooting.

Lawmakers across the country have been responding to these horrific incidents, and in Michigan, some U.S. Representatives and lawmakers have also reacted to the latest mass shootings.

Here is how some have responded:

Rep. Fred Upton, (R-St. Joseph) - "For those of us who have witnessed this hatred firsthand in our communities, it is way overdue to enact a common sense response.  We shake our heads in disbelief after innocent victims and precious lives are taken again and again. Bipartisan Red Flag laws - with proper due process - need to be enacted to provide law enforcement and mental health authorities the tools to deny weapons capable of such carnage from being on the streets. Enough is enough. Common sense Red Flag laws – with stringent due process and probable cause – prevent those in imminent danger to themselves or others to have firearms. Law enforcement remains on the front-lines & ensuring they have another tool in their tool box would further help them."

Rep. Bill Huizenga (R-Zeeland) - "We cannot allow the blind hatred and disregard for innocent life to be the new normal. We need to find out how and why individuals in our society are being radicalized and committing these horrific acts. The tone and tenor of how we discuss these serious societal and policy issues also matters. Those seeking to politicize these tragedies make it more difficult to address the underlying causes. My heart goes out to the communities and families impacted by these tragedies. I also want to say thank you to the brave first responders who acted quickly to minimize the loss of life as much as possible."

Rep. Rashida Tlaib (D-Detroit) - "Complete chaos...another human tragedy [sic] because we rather be a gun country rather than a safe one."

Rep. Haley Stevens (D-Rochester Hills) - "I just returned from a Congressional delegation to El Paso hosted by @RepEscobar. My heart breaks for this incredible community of kind and spirited people. We mourn the lives lost in El Paso, and Dayton, and communities across this nation that are plagued by gun violence on a daily basis, and remain committed to passing commonsense gun safety legislation - now."

Rep. Dan Kildee (D-Flint) - "The mass shootings in Texas and Ohio are heartbreaking and tragic. We are not helpless. We have the ability to act & prevent more deaths. The House has acted on common sense legislation like universal background checks. But Mitch McConnell has blocked all progress in the Senate."

Rep. Brenda Lawrence (D-Detroit) - "29 Americans have lost their lives at the hands of SENSELESS gun violence. When will we stop protecting agencies and start protecting the PEOPLE?"

Rep. Andy Levin (D-Berkley) - "El Paso. Dayton. Peddler of white supremacy fanning flames and acting innocent. We can stop this. We WILL stop this. We can pass red flag laws and universal background checks, close Charleston loophole, ban military-style weapons...The House has already passed some of these and will pass more. But that’s not enough. We need the Senate and the White House to Act! Two things you can do: 1. Speak up now. Hello, Moscow Mitch! 2. Get every every every body out to vote 11/3/2020."

Rep. Tim Walberg (R-Tipton) - "The people of El Paso, TX and Dayton, OH witnessed such unspeakable acts of evil this weekend. Our nation mourns for these communities and is praying for the families who lost a loved one."

Sen. Debbie Stabenow (D-Mich) - "Enough is enough! Leader McConnell must make the Bipartisan Background Checks Act a top priority. This bill passed the House over 158 days ago. It is past time for the U.S. Senate to act!"

Sen. Gary Peters (D-Mich) - "In the wake of the horrific tragedies in El Paso and Dayton, it’s important to remember gun violence impacts Americans each and every day. More than 36,000 Americans die every year from gun violence. While there is no single solution, there are commonsense steps we can take to end this epidemic. Nearly 90 percent of Americans support comprehensive background checks. I’ve cosponsored a bill to expand background checks, and the House passed similar legislation earlier this year. Senate Republicans and Majority Leader McConnell must allow a vote on this important legislation as a first step."

Gov. Gretchen Whitmer - "Heartsick to hear the news out of El Paso and Dayton. Gun violence is a public health crisis in our country, and we need to come together and take action to make sure firearms don’t end up in the hands of someone who wants to hurt themselves or others."

Attorney General Dana Nessel - "What @koleszar_matt said. Hoping he and other members of the MI legislature can work together to create better gun laws I can enforce to  protect our state residents from senseless acts of gun violence. It’s time."