Spending vetoed by Whitmer may be revived if deal reached

The first-year governor this week nixed $947 million in proposed spending in a bid to restart negotiations. 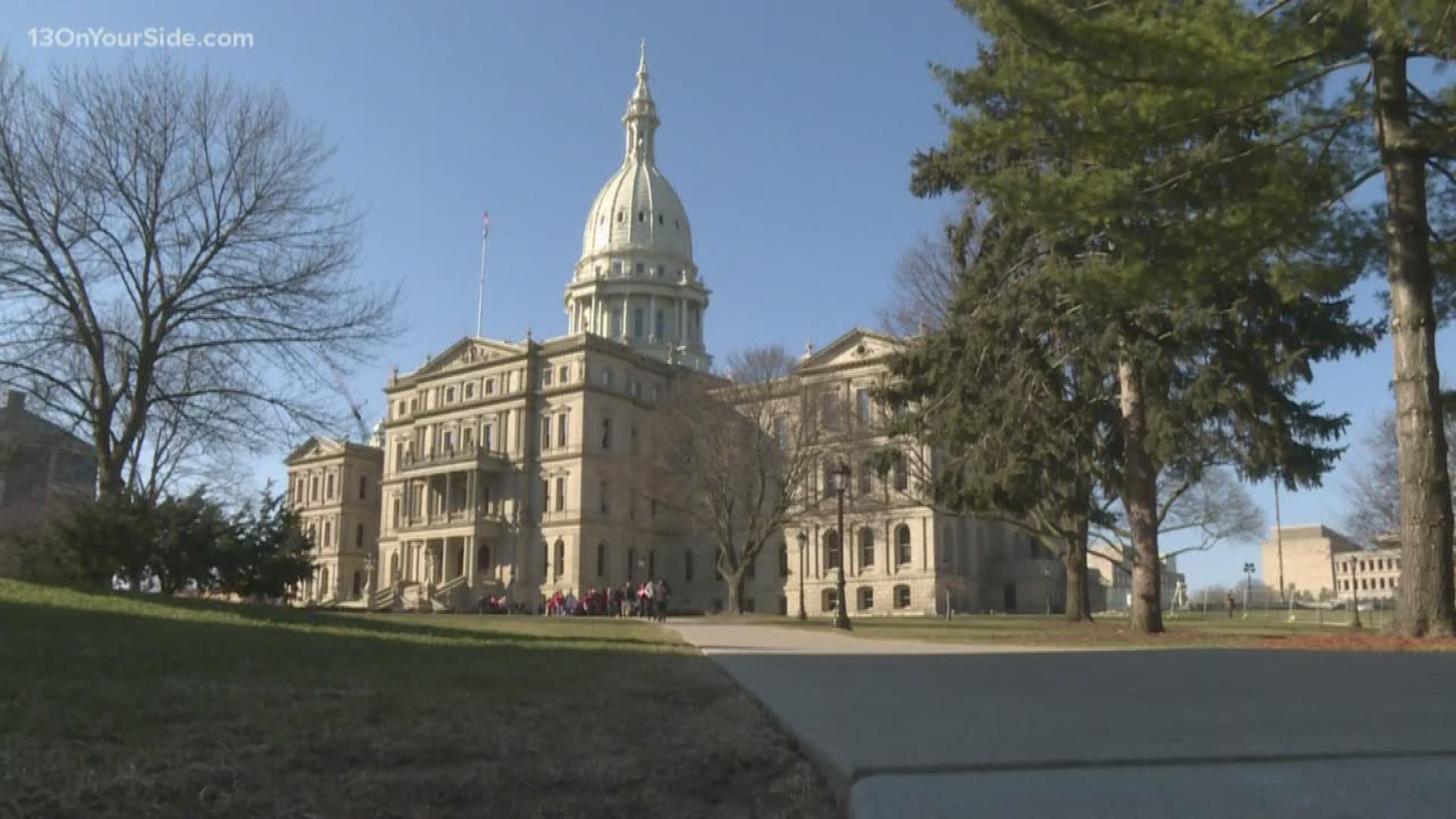 LANSING, Mich. (AP) — Gov. Gretchen Whitmer is not specifying which of the near-$1 billion in vetoed funding she wants to restore if a budget deal can be reached with the Republican-led Legislature.

But a look at what the Democrat backed in her initial plan provides an indication of what ultimately may be revived.

The first-year governor this week nixed $947 million in proposed spending in a bid to restart negotiations. She had no input in the final budget following a breakdown in talks before the deadline to fund state government.

Some vetoes, like stopping a $375 million shift of discretionary general funds to road and bridge repairs, were expected. It was the sticking point when discussions ended. Other vetoes, however, were a surprise — and seem most likely to be reversed if negotiations resume.

These are bigger items that Whitmer proposed funding in March and then cut entirely to pressure GOP lawmakers to address what she calls a "mess" of a budget:

The Michigan Tuition Grant is a need-based scholarship for students attending 31-in-state private colleges. About 13,300 who qualified last school year got roughly $2,000 on average. Whitmer had proposed flat funding of $38 million. Legislators agreed while increasing the maximum grant to $3,000 a year, from $2,400. Albion College President Mauri Ditzler said the veto was "damaging and unfortunate" for 675 Albion students who get the assistance, and she looked forward to its "swift reinstatement."

The $36 million Pure Michigan advertising and marketing campaign, while opposed by some, has long won bipartisan support. Whitmer wanted to reduce it by $5 million to help fund incentives for businesses to locate or expand in the state. Lawmakers allocated $1.5 million more. Travel Michigan Vice President Dave Lorenz said Whitmer vetoed the program because of what her administration sees as an "unsustainable disparity" — record-high funding for tourism promotion at a time of a "devastating" $26 million cut to business attraction and community revitalization programs. Whitmer said the veto "was something that I did not relish," but Republicans must address her concern that their "sloppily done" prisons budget misuses restricted funds and improperly transfers money needed for long-term projects, putting at risk a must-need replacement of GPS tethers for sex offenders and drunken drivers.

Going Pro is a new $36.4 million ad and educational campaign to elevate the perception of the trades and help businesses fill openings. Whitmer proposed an $8.5 million reduction. Lawmakers kept funding level. She is an advocate for the initiative, having helped kick it off in Detroit in July.

Whitmer vetoed $35 million that would have given charter schools a $240 per-student boost in funding, the same as what lower-funded traditional K-12 districts received. Her education budget, which proposed spending more overall than what legislators passed, did fund an increase for charters. "Schools have been planning all year for an equal payment and at the last moment, they had the game and rules changed," said Buzz Thomas, a former Democratic legislator who chairs the board of the Michigan Association of Public School Academies.

Whitmer vetoed $27.3 million in payments to local governments who cannot collect taxes on state land. The Michigan Townships Association called it "shocking and harmful," particularly to communities in northern Michigan.

Michigan gives extra aid to 172 small or geographically isolated K-12 districts. Whitmer proposed keeping funding at $6 million, while lawmakers bumped it to $7 million. Some superintendents in the Upper Peninsula have warned their districts could be forced to close without the payments.

County jails get $14.8 million a year to house state inmates. Whitmer vetoed the funding after the GOP inserted a provision to strip the reimbursement for any county with a "sanctuary" policy prohibiting cooperation with federal immigration authorities. Whitmer was commended by groups who said the language was vague and could have led to the detainment of immigrants without judicial warrants. Michigan Association of Counties Executive Director Stephan Currie said his group will fight to restore the funding.

Michigan provides county sheriffs with $13 million annually for about 120 deputies to patrol county and local roads. Whitmer recommended a $2 million cut. Lawmakers kept funding stable, and all of it was nullified by Whitmer. Emmet County Sheriff Pete Wallin, whose office was due to get about $44,000 to support one deputy, said law enforcement agencies have become "political pawns."

Whitmer said her actions should not be a surprise because GOP leaders gave her "ultimatums" during budget talks. She said she then told them to send her the budget so she could "clean them up."

Republicans — who want to work on non-budget issues for now — say she walked away from the negotiations and is using her vetoes as leverage to push for a 45-cents-a-gallon fuel tax increase.

"I didn't walk away from any negotiation because there wasn't one happening," Whitmer said. "I am eager to start the negotiation if they want to do that." 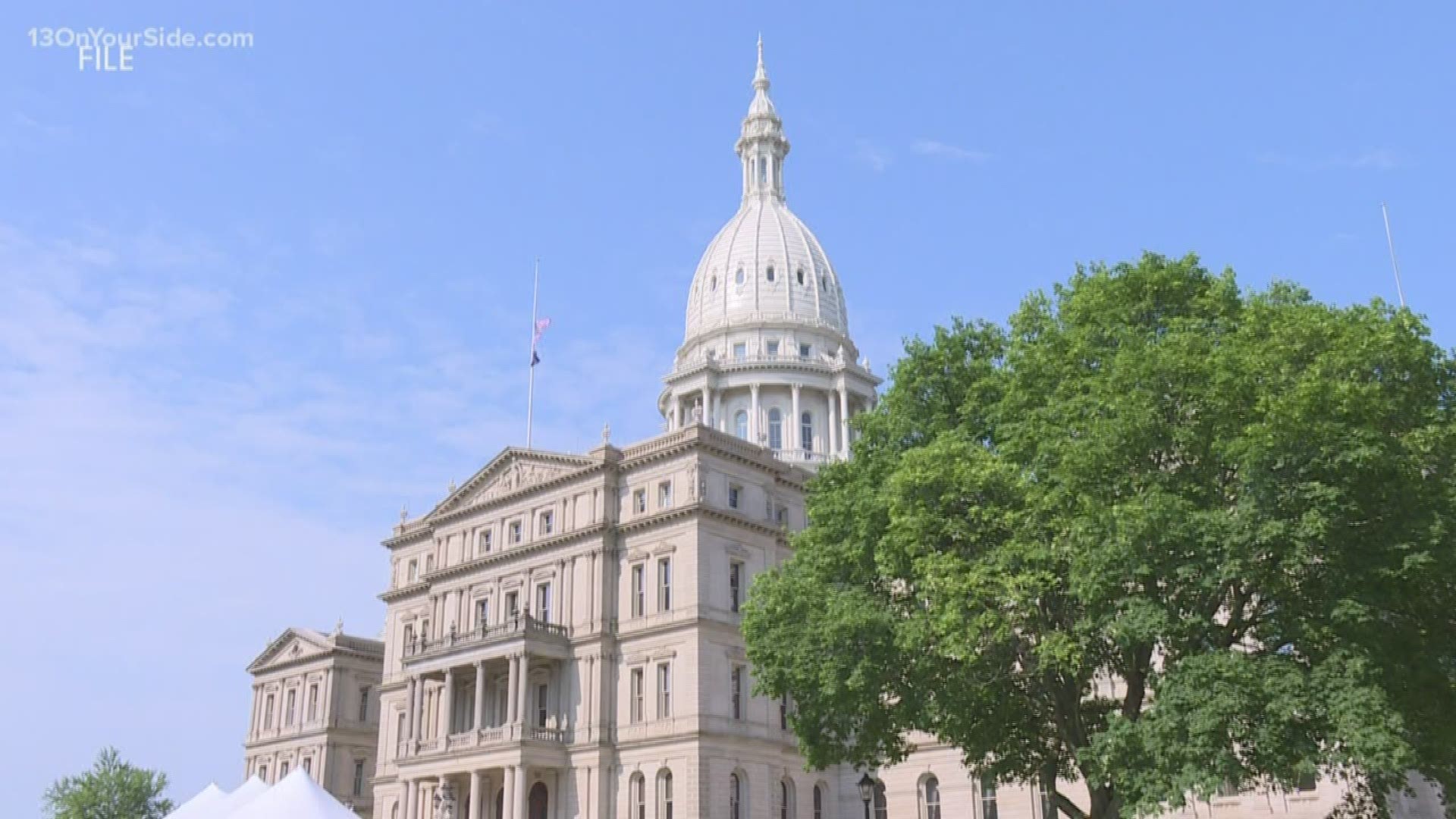