Williams Sejour spent a year traveling alone from Argentina to America by foot and bus. He then ended up detained by ICE for 10 months. 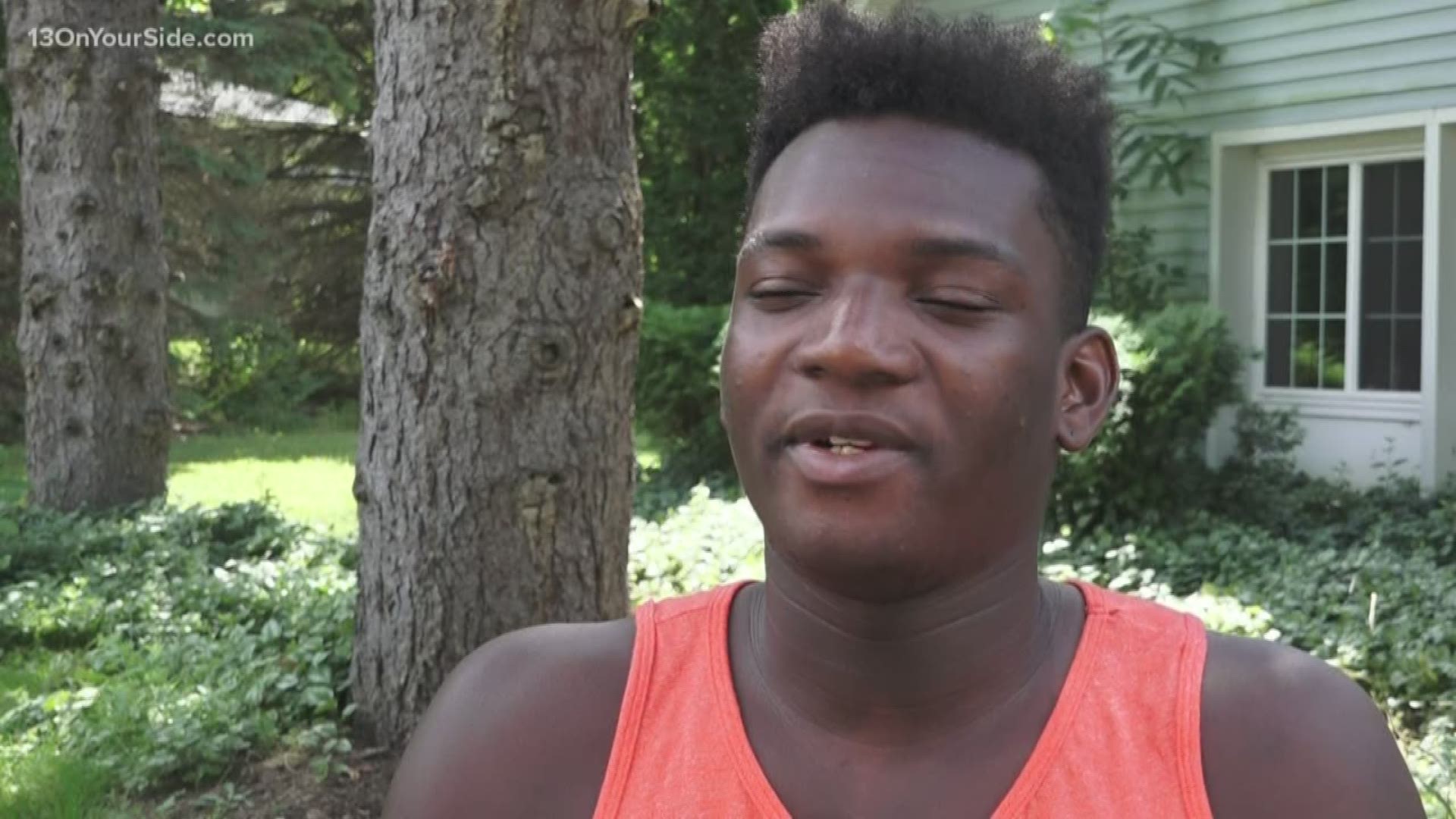 GRAND RAPIDS, Mich. — Williams Sejour, 19, will not soon forget the way he felt learning that the government had reversed their decision on his permanent residency.

"I just stopped in the middle of the street for a couple of seconds before I could even talk," Sejour said Thursday. "I wanted to cry."

Sejour spent a year traveling alone primarily by foot, from Argentina to America. He then ended up detained by ICE for 10 months. His attorneys with the Michigan Immigrant Rights Center say the obstacles leading up to him receiving his green card were innumerable.

"Navigating the immigration process for any immigrant is challenging," said Camila Trefftz, a representative from MIRC. "It is a system that is meant to keep people out and it is for the most part successful in doing that. I think Williams, in particular, had kind of the perfect storm, where at every step of the way something went wrong."

Sejour's residency had originally been denied on grounds that he had fled the country. A claim that he and his attorneys say was false.

"How would I get out of the country without any ID?" Sejour said.

"It was absolutely heartbreaking knowing that the appeal process could take months, during which he could likely get deported," Trefftz said.

A week later, Sejour was granted permanent residency. The government never explained what prompted the reversal, but Trefftz said they were just thankful that it happened at all. Sejour had his last day in immigration court on Tuesday and ICE will no longer need to keep tabs of him.

In five years, Sejour will be able to become a U.S. citizen. By then, he hopes to be in college studying the criminal justice system. For now, he is working at McDonalds and finishing up high school. He will remain in Bethany Christian Service's foster care program until he has enough money saved for a place of his own.

"It's freedom that is well deserved, and I know it feels to him like a significant privilege," Trefftz said.

To those fighting similar immigration battles, Sejour says 'don't give up.'

"I knew it wasn't going to be easy, I knew there were going to be obstacles," he said. "And I want them to fight, fight until the end."