The Great Lakes Restoration Initiative has bipartisan support from Michigan lawmakers in Congress.

The proposal allocates $320 million for the Great Lakes cleanup fund, which was secured in the federal budget because of a measure developed by U.S. Sen. Gary Peters (D-Mich.) that was passed by the Senate last year.

Peters worked with Sen. Rob Portman (R-Ohio) to get the provision to increase funding for the GLRI through Congress.

Since the GLRI was established in 2010, it has been provided about $300 million a year. The program was created to remove toxic pollution, fight invasive species and deal with other environmental problems in the eight-state Great Lakes region.

The program has bipartisan support from Michigan lawmakers in Congress.

Since taking office, all of the president's previous budget plans proposed slashing GLRI funding by up to 90%. However when Trump rallied in Grand Rapids last March and he pledged his support for the program.

In August, Peters and U.S. Sen. Debbie Stabenow (D-Mich.) introduced bipartisan legislation in Grand Rapids to renew and expand GLRI through 2026. That bill proposes increasing the annual appropriation from $300 million to $475 million over the years.

Peters issued a statement Monday after the federal budget proposal was released.

“While I’m encouraged that the Administration’s budget includes the record level of funding that I was able to secure for the GLRI last year, the White House has once again proposed to slash EPA resources—the agency responsible for administrating the GRLI—by 26%,” Peters said. “Our Great Lakes are too vital to our economy and our way of life to short-change, and I will keep working in a bipartisan manner to ensure that this Administration upholds its commitment to our communities.”

The 2021 fiscal plan said the government's deficit will exceed $1 trillion for the current budget year before decreasing. 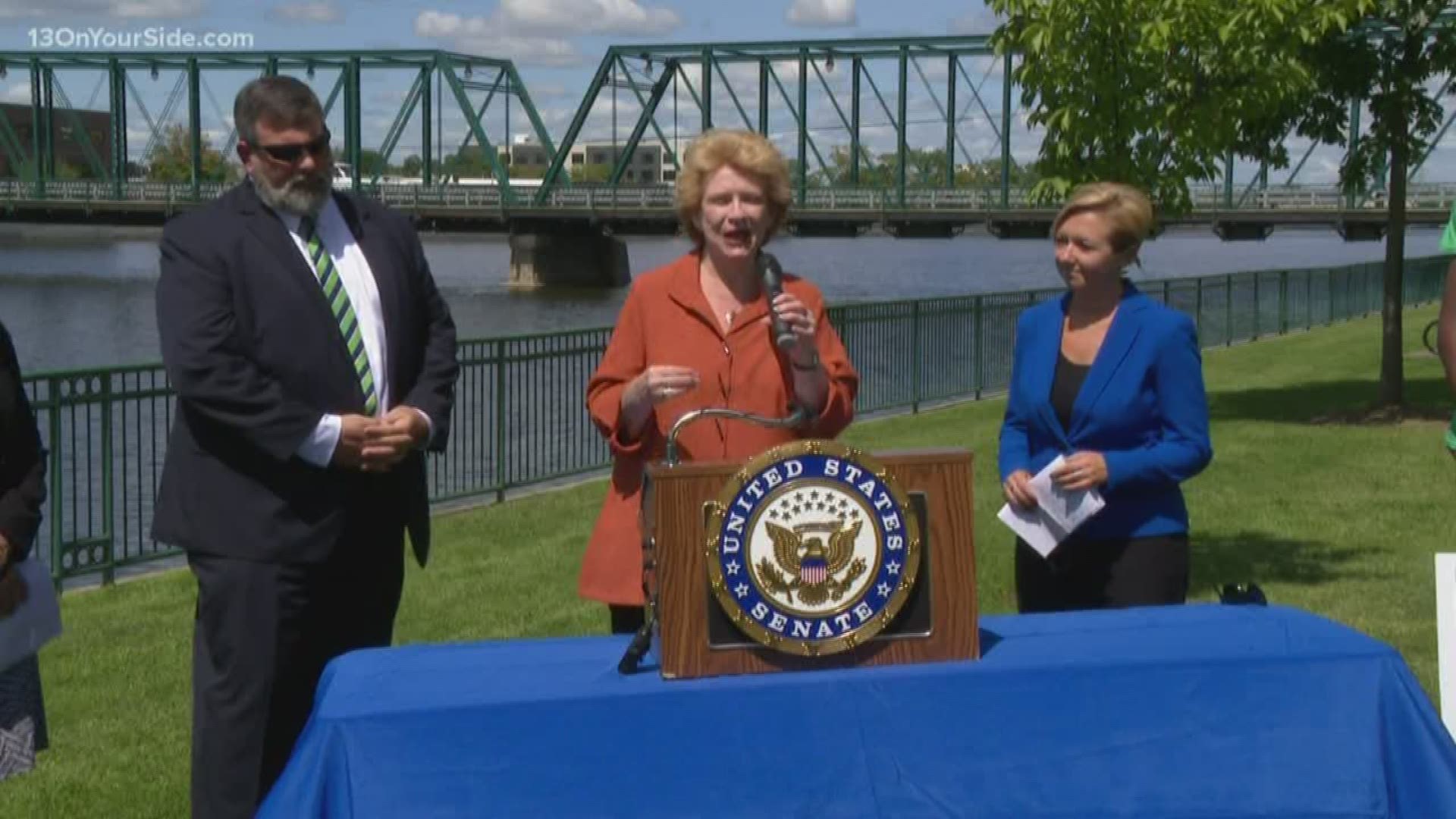