Stores are restocking shelves with flavored nicotine e-liquid after a judge ordered the state to stop enforcing a ban on the product.

WYOMING, Mich. — Blue raspberry bubble gum and other flavored nicotine vapes can once again be sold in Michigan.

Tuesday, a Court of Claims judge ordered the state government to stop enforcing a two-week-old ban on the sale of flavored e-cigarette liquid, at least until a lawsuit on the issue is settled.

“We are pretty excited about it,” said Stephen Knight, owner of Vapejoose in Wyoming. “It is news we have been waiting for."

Gov. Gretchen Whitmer ordered the ban because she and others believe the flavored, addictive vapes are particularly appealing to minors. At Vapejoose the staff was restocking shelves with the flavored e-liquid.

“We produce about 100 different flavors here,” said Knight. “Everything from blueberry cheesecake to watermelon.”

“This is blue raspberry bubblegum,” said Ryien Hendricks as she exhaled a cloud of vapor. She said she is not concerned about possible health consequences from vaping.

The Michigan Attorney General says she will appeal the judge's decision directly to the State Supreme Court. She says youth vaping is an urgent public health crisis.

“We definitely think there is a problem with youth vaping and that more needs to be done to address it,” says Knight. “But we take age verification seriously here and we make sure we are selling to adults.”

Knight said his shop took a major hit after the ban went into effect two weeks ago. Michigan is the first state in the country to ban flavored e-cigarettes.

The Michigan Department of Health and Human Services issued this statement on the judge's injunction:

“This ruling is deeply concerning and a threat to Michigan’s public health. There is no question that youth vaping is a public health crisis. The data is overwhelming, and we’re getting new information every day that reinforces that the Governor and MDHHS were correct to take swift action to protect our kids from the harmful effects of vaping.” 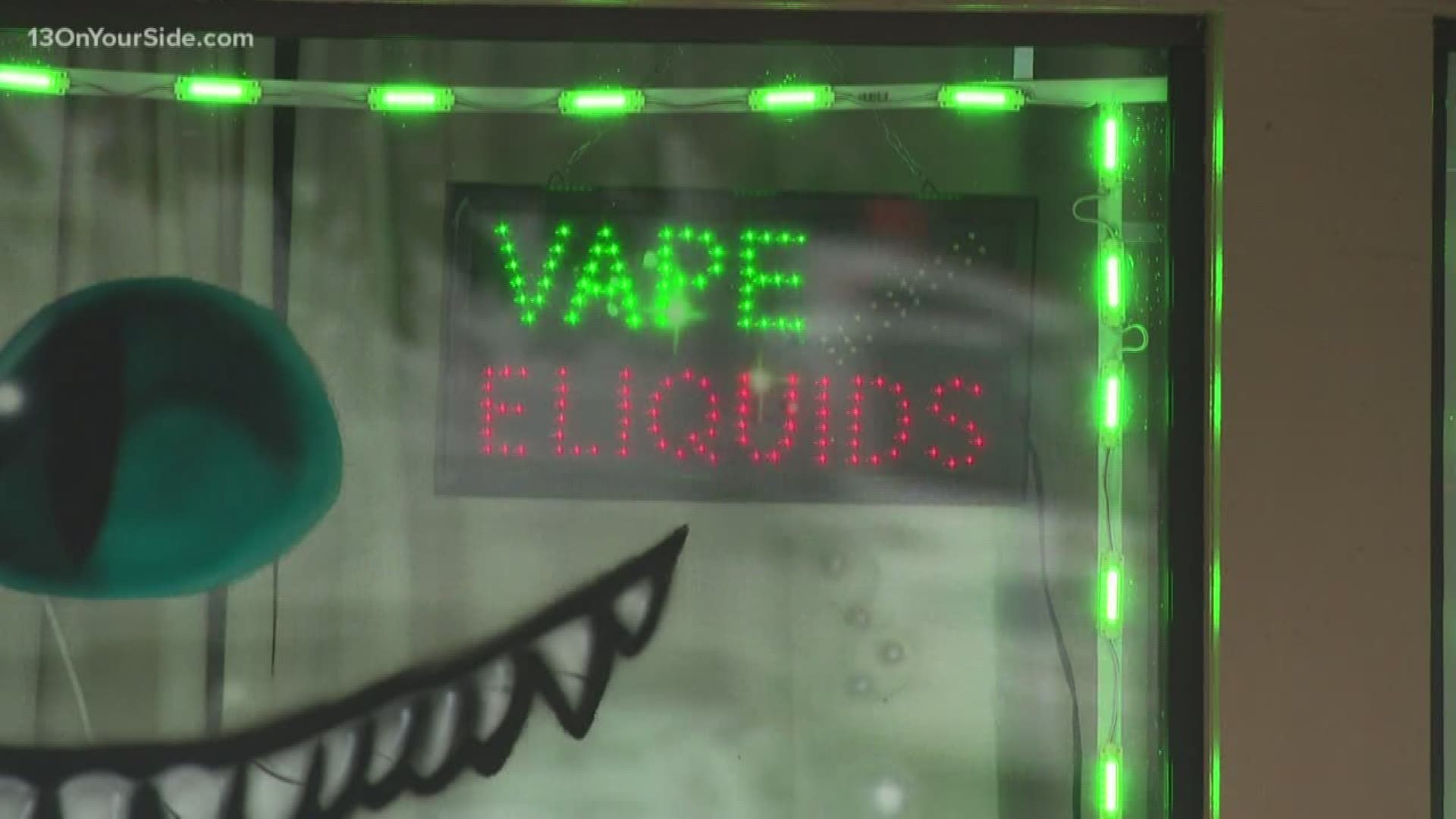