The drowning of a boy in South Haven has ignited the debate again if Michigan beaches need lifeguards. 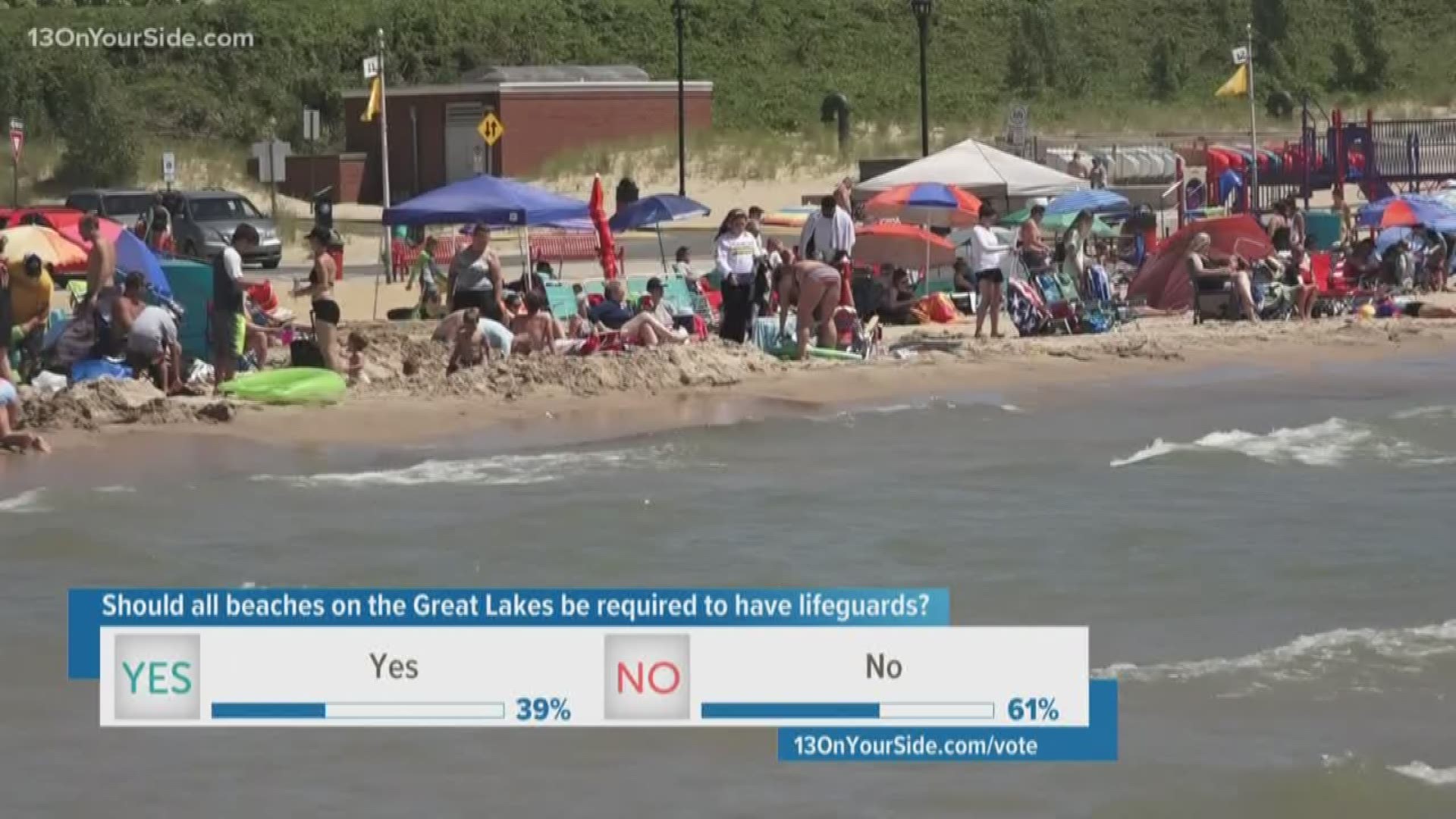 SOUTH HAVEN, Mich — The drowning of a 13-year-old Ann Arbor boy in South Haven has water safety advocates calling on city leaders once more to bring back lifeguards.

The boy had been swimming at South Beach on Saturday, when he disappeared under water. According to a post from South Haven Area Emergency Services, the boy's family member was rescued by a civilian, but the boy had been missing for 22 minutes when he appeared 100 yards from shore. He was pronounced dead despite first responders repeated attempts to revive him. Crews arrived on scene within three minutes of receiving the call, according to South Haven City Manager Brian Dissette.

"They have an outstanding response time," said Dave Benjamin, with the Great Lakes Surf Rescue Project, a water safety advocacy group. "But, what we need to understand with a drowning victim—three minutes of submersion and their heart stops."

Benjamin said a lifeguard could make the difference between life and death. But, lifeguards have not existed on most Michigan beaches for more than a decade. Benjamin says the city of Chicago has 23 beaches with lifeguards, compared to just a handful of beaches in the state of Michigan.

More than 15 years ago, Dissette said, the city of South Haven decided to get rid of their part-time lifeguard program and instead equip their fire and police crews with water rescue training and devices. He said it took city officials a year to make the decision based on the opinions of national and legal experts. Their reasons included things like cost and liability, but Dissette says those were not the sole reasons.

"Having full time staff who are ready and trained to respond properly was one of the major guiding factors in that decision," Dissette said Monday.

In addition, the city of South Haven has since added 9-1-1 call boxes on the North and South Beaches and established a flag system. Benjamin said these are helpful tools, but ultimately, none of those tools can physically rescue a swimmer.

Just this year alone, the Great Lakes Surf Rescue Project has tracked 35 drownings in the Great Lakes, with 17 of those in Lake Michigan. Benjamin said some days he has to update the drowning statistics by the hour. Both Benjamin and Dissette agree it's a dangerous time of year.

He says it's the time of year where water rescues are constant. Dissette said just earlier today crews successfully rescued a boy on one of the city's beaches. He said South Haven emergency responders have had a number of successful water rescues in the past two weeks, but he said he recognizes that tragedy can cause people to question.