'We know that this rally endangered people,' Whitmer responds to Lansing protest

The governor said it's okay to be frustrated, but urged people to consider the virus the enemy and not one another. 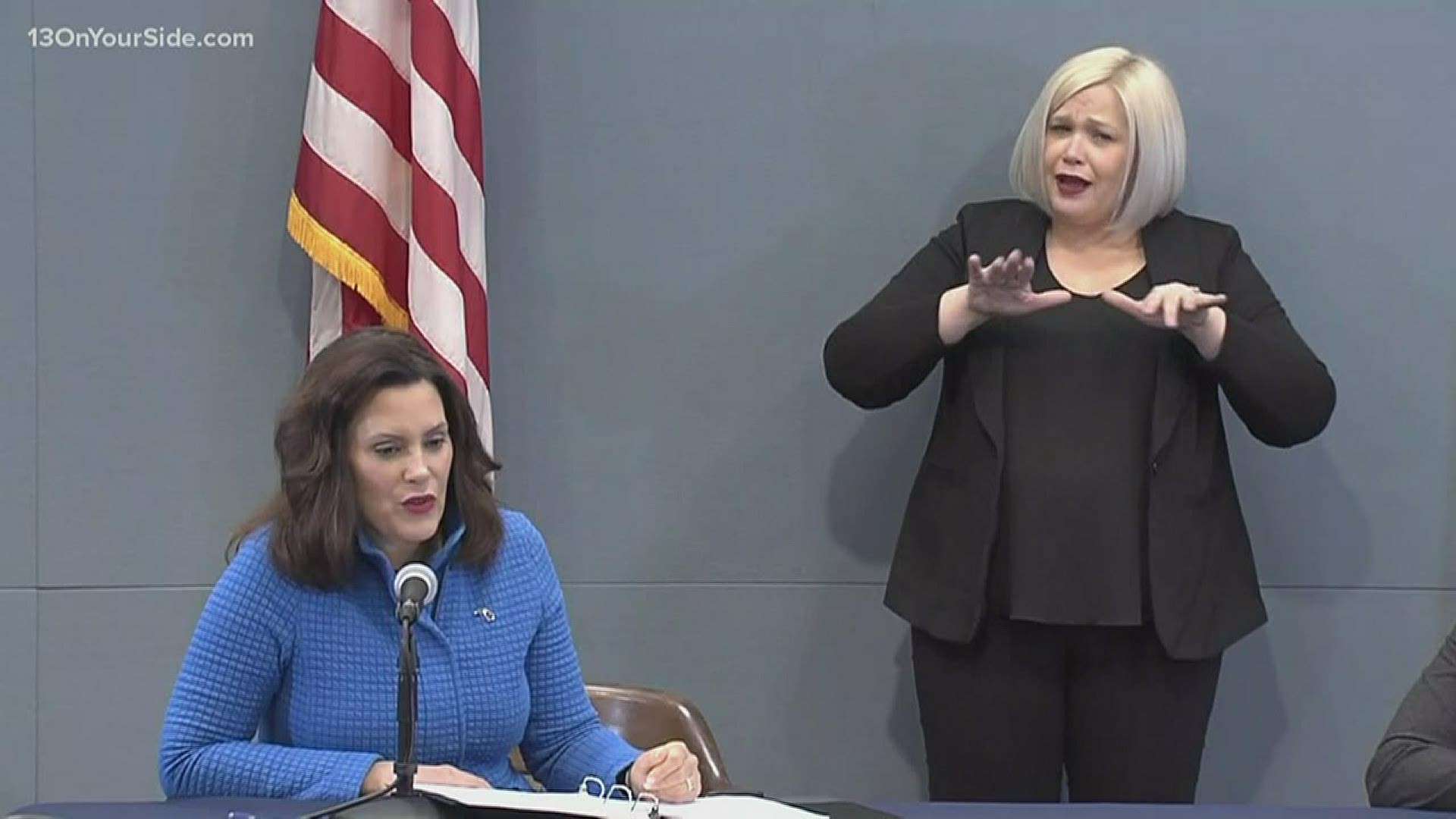 LANSING, Mich. — Growing resentment about Gov. Gretchen Whitmer's stay at home order, fear of unemployment and uncertainty about the economy during the coronavirus pandemic led to a large protest in Lansing on Wednesday.

The event was called Operation Gridlock, and thousands of people were encouraged to stay in their cars and create a traffic jam to protest the order safely. However, a couple hundred people showed their disagreement by getting out of their cars and protesting in person, seemingly violating social distancing guidelines to stay six feet apart.

A few hours after the rally, Whitmer gave a press briefing in which she addressed what she saw. The governor said she understands people's frustration and anger but the crowds of people could lead to more cases of the virus.

"The sad irony here is that the protest was that they don't like being in this stay at home order. And they may have just created a need to lengthen it, which is something that we're trying to avoid at all costs," Whitmer said."I'm not saying that's what's going to happen and I'm not predicting that a certain percentage of people get sick, but I know that just by congregating, they've made that a real possibility that they've endangered other people's lives."

1 / 35
AP
Vehicles sit in gridlock during a protest in Lansing, Mich., Wednesday, April 15, 2020. Flag-waving, honking protesters drove past the Michigan Capitol on Wednesday to show their displeasure with Gov. Gretchen Whitmer's orders to keep people at home and businesses locked during the new coronavirus COVID-19 outbreak. (AP Photo/Paul Sancya)

Whitmer added she was disappointed to see people gathering without masks, and even people traveling to get to Lansing.

"We know that this rally endangered people," she said. "We know that when people gather that way without masks, they were in close proximity they were touching one another, that that's how COVID-19 spreads."

The demonstration was planned in the days after the governor extended the stay at home order until May 1 to help the state's response to COVID-19. Some of the sticking points for critics are the closure of gardening centers at large stores and deeming landscaping and tree services non-essential businesses.

The critiques are also coming from the other side of the political aisle. Wednesday, the Michigan House Republicans tweeted out their endorsement of the rally, saying "If workers are able to use proper social distancing practices on the job, we believe they should be able to earn a living."

Whitmer responded saying she is not making political decisions right now, but is focusing on the public health.

"We know that this is a virus that doesn't discriminate on party line or state line that has no cure no vaccine that is deadly highly contagious," she said. "So in terms of any partisan efforts to get me to change policy based on politics. I'm not focusing on politics. I'm trying to save lives here. I'm happy to work with people on both sides of the aisle and we need to we have to remember the enemies the virus, not one another."

While the governor said she respects people's right to free speech and their opinions, she encouraged Michiganders to focus on the public health and figuring out the state's next steps.

As on April 15, the state reported more than 28,000 confirmed cases of COVID-19 and nearly 2,000 deaths. Michigan has the fourth highest case count and the third most deaths in country.

Gov. Gretchen Whitmer is holding a press briefing at 4 p.m., just a couple of hours after a protest in Lansing brought out crowds who disagree with her stay at home order.