'This is not a militia. It's a domestic terror organization,' Whitmer says of failed plot

Gov. Gretchen Whitmer said the group who plotted to kidnap her, among other allegations, is a domestic terror organization. 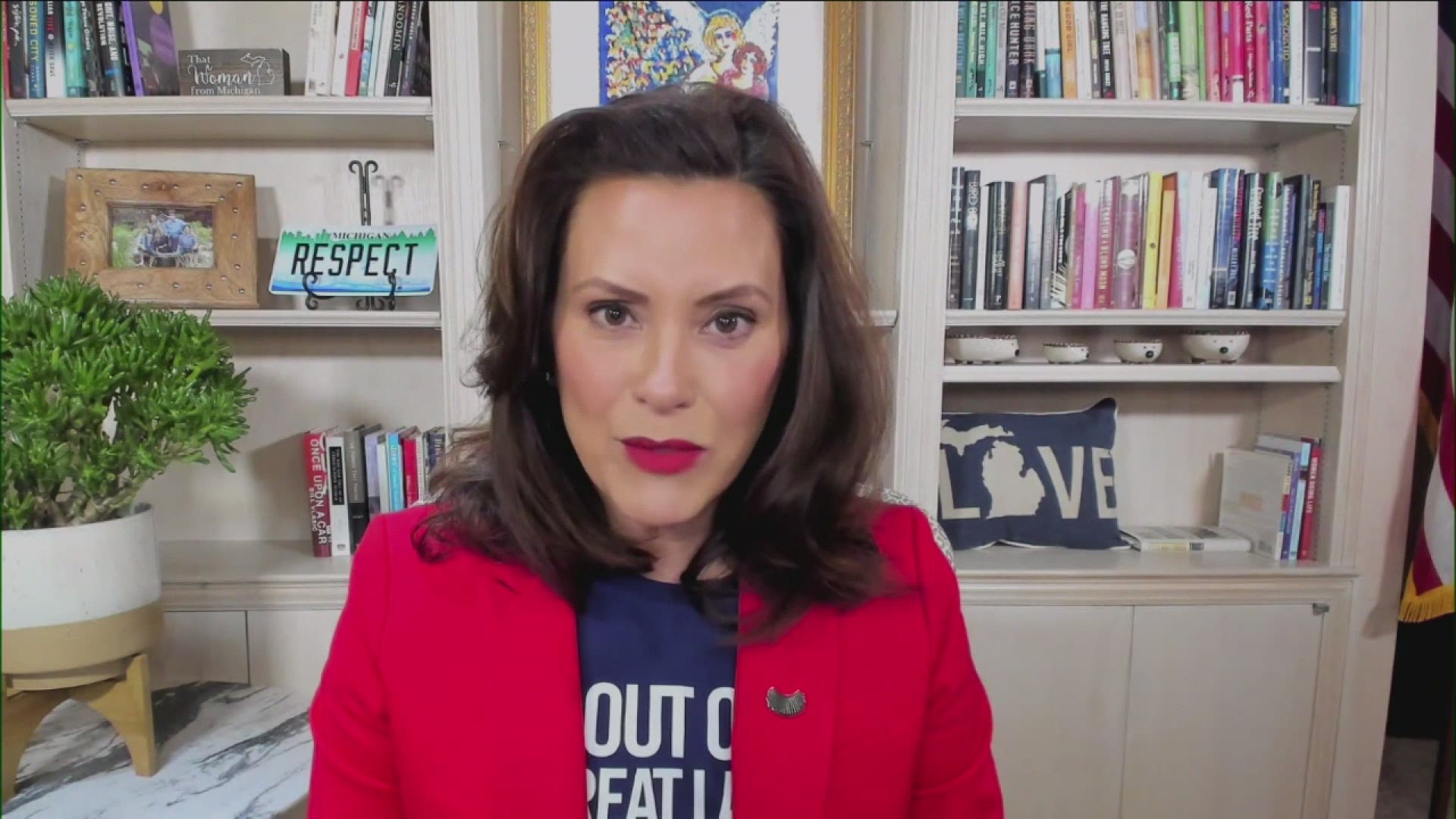 Friday morning, in the wake of revelations that a group had planned to kidnap and kill Michigan Gov. Gretchen Whitmer, she addressed the serious allegations on Good Morning America.

Thirteen men have been charged in connection with the plot, which was uncovered through an FBI investigation. The criminal complaint says the men surveilled Whitmer's vacation home, discussed killing her and kidnapping her to stand trial for 'treason,' and developed a plan to use explosives.

"These are the types of things you hear from groups like ISIS," Whitmer said. "This is not a militia, it is a domestic terror organization. We need to call it out and people of good will on both sides of the aisle need to stand up and do the right thing here because this should not stand in the United States of America in 2020."

The criminal complaint said several members talked about “murdering tyrants or taking a sitting governor." The plot was developed in the midst of the COVID-19 pandemic, in which Whitmer issued mandates like a stay at home order to curb the spread of the virus. Her actions drew outrage from some, including gun-toting protesters to the Capitol.

“The group talked about creating a society that followed the U.S. Bill of Rights and where they could be self-sufficient,’’ the criminal complaint states. “They discussed different ways of achieving this goal from peaceful endeavors to violent actions.’’

The FBI quoted one of the men as saying Whitmer “has no checks and balances at all. She has uncontrolled power right now. All good things must come to an end.”

Authorities said the plots were stopped with the work of undercover agents and informants. The men were arrested Wednesday night. The six charged in federal court face up to life in prison if convicted. The state terrorism charges the other seven men face carry a possible 20-year sentence.

In Friday's interview, Whitmer doubled down on her criticisms of President Donald Trump after he tweeted about the governor late Thursday night. She said he is "complicit" with the extremists, noting his April tweet to "LIBERATE MICHIGAN."

"Each time he has tweeted about me, each time that he has said liberate Michigan and said, I should negotiate with the very people who are arrested because they're good people, that incites more domestic terror and I'm not the only governor going through this," she said.

The White House rejected Whitmer's statement that the president has not called out white supremacy, saying “President Trump has continually condemned white supremacists and all forms of hate." The president tweeted that he does not "tolerate ANY extreme violence," after criticizing Whitmer for not thanking him and federal law enforcement for disrupting the plan.

Whitmer refuted this claim on Friday, saying "He clearly didn't pay attention to what said yesterday. I started with acknowledging the incredible work of the FBI and our state police." She continued to say the president's Twitter attacks on her created a dangerous situation.

There is no indication in the criminal complaint that the men were inspired by Trump.