Whitmer's administration is billing it as the largest increase in classroom spending in 18 years, if state payments for retirement costs are not counted. 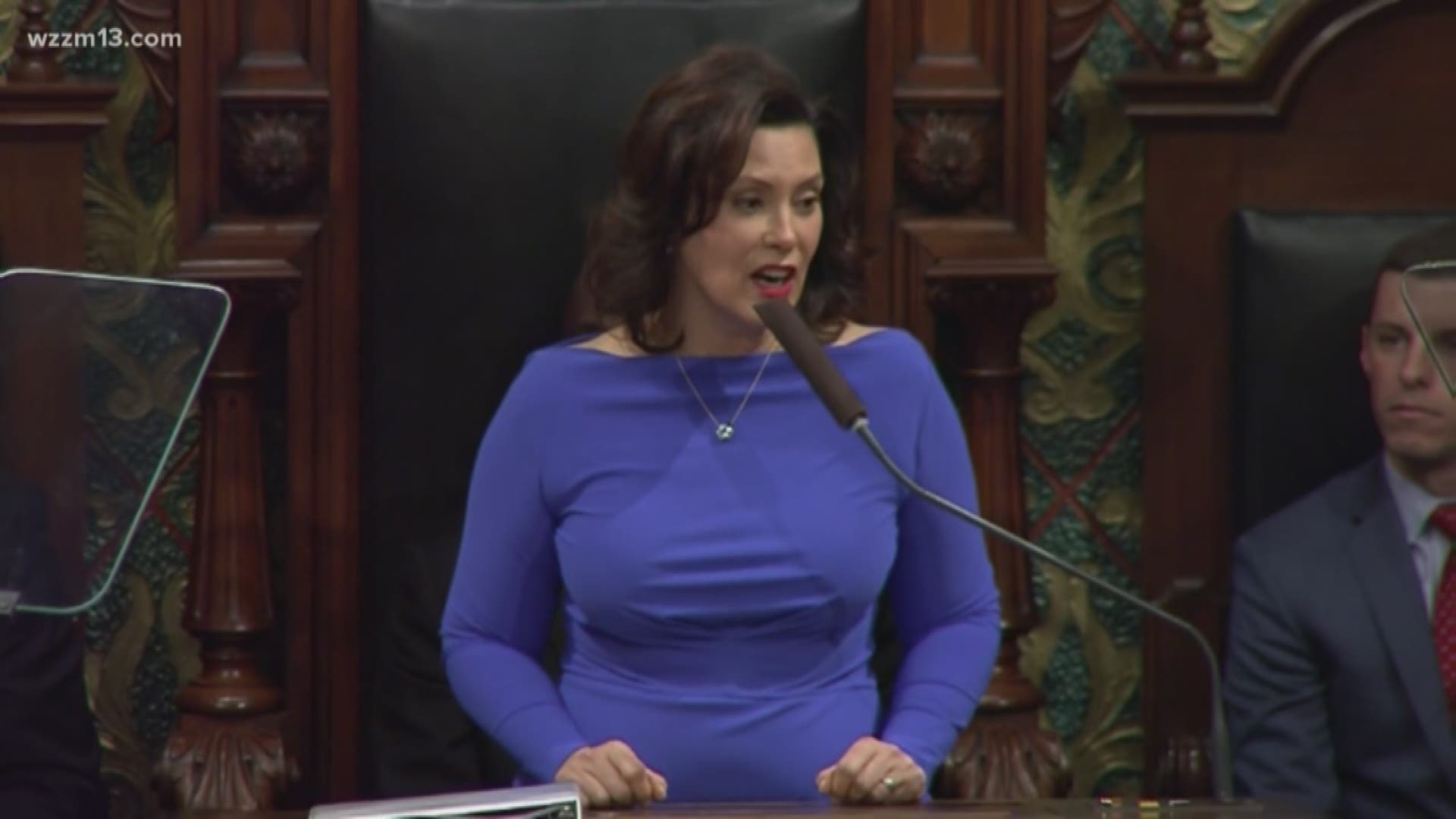 LANSING, Mich. (AP) — Gov. Gretchen Whitmer will propose a $507 million increase in state K-12 classroom spending in her first budget, including a $180 boost to the minimum per-student grant and substantial funding hikes to teach Michigan's low-income, vocational and special education students, according to an overview of the plan obtained by The Associated Press.

The Democrat also was expected Tuesday to call for new "weighted" formula to factor in higher costs for certain students. The plan includes $235 million in additional base aid — a 2.5 percent bump — along with $120 million more for special education, an extra $102 million for economically disadvantaged and other at-risk students, and $50 million more for career and technical education students.

Whitmer's administration is billing it as the largest increase in classroom spending in 18 years, if state payments for retirement costs are not counted. It was not immediately clear how she will propose paying for the plan, though she has previously called for stopping the practice of shifting K-12 funds to universities and community colleges.

Whitmer — who also planned to outline a major road-funding increase Tuesday — will propose tripling the number of literacy coaches statewide from 93 to 279. She wants to drop a requirement that county-level districts split half of the cost, and instead have the state fund them entirely. The coaches have been hired in recent years to help local districts and charter schools in advance of a law that, starting next academic year, requires third-graders to be held back if they lag in reading.

Funding for at-risk students would be distributed as a multiplier on top of the base grant. The new vocational funding would be apportioned similarly, while existing funds would be split as they are under current law.

The approach reflects Whitmer's goal to base funding on the actual cost to educate students with different needs. It is also an initial step toward phasing in recommendations from the School Finance Research Collaborative, a group of education, business and civic leaders that contends the current system is broken.

Her plan was applauded by the Michigan Education Association, the state's largest teachers union, which called it a "huge step" toward addressing how education has become underfunded over decades .

"It doesn't cost the same amount of money to educate every student, and this budget proposal reflects that reality," said president Paula Herbart. "Additional funding for at-risk, special education and career/technical education puts additional funds where they're needed most to help all students achieve."

Whitmer's proposed boost on spending for at-risk students, to $619 million — a 20 percent increase — would be the third spike in five years. The funds help schools provide additional supports, such as tutoring and counseling, to low-income and other disadvantaged students who account for half of Michigan's 1.5 million students. The funding would equate to $894 per at-risk student, up from about $720.

Overall spending on career and tech education, or CTE, would more than double to $109 million. Schools now get $25 for each ninth- through 12th-grader enrolled and another $25 for each student learning "critical skills." Districts could qualify for $487 per CTE student under Whitmer's budget, according to a document summarizing her new proposed funding formula.

Whitmer has been emphasizing the need to better prepare people to enter the workforce.

Michigan currently either reimburses districts for about 28 percent of the expense for a student with a disability, including 70 percent of transportation costs, or gives them the base allotment — whichever is great. Whitmer's proposal would increase the reimbursement rate by 4 percentage points, to 32 percent.

A 2017 state study found that special education students lagged behind children with disabilities in other states and the system was badly underfunded , forcing schools to divert nearly $700 million annually from their operating budgets to fill the shortfall.

Whitmer has said the education system is one of two crises facing the state along with infrastructure. She was expected Tuesday to propose a multibillion-dollar funding increase to fix the roads, a priority that was endorsed Monday by Business Leaders for Michigan — a group of the state's top executives.

Former legislative leaders have called for a 47-cent gasoline tax hike phased in over nine years.

President and CEO Doug Rothwell stopped short of backing a specific proposal but said the roads "are an embarrassment," are getting worse and becoming more expensive to fix.

"We are not an organization ... that likes to talk about raising taxes, and we don't take that lightly at all," he said. "But we're on record saying that we need to make a significant increase in investment in our infrastructure, and that we believe user fees — which could be a gas tax — is the best and fairest way to do it."