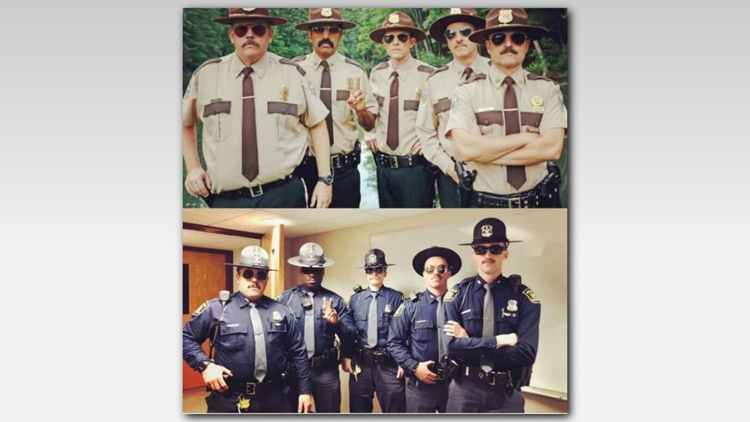 Michigan State Police want to know "who wore it better?"

On Thursday, Nov. 29, the official MSP twitter account posted a side by side photo of troopers and Super Troopers.

Who wore it better? 🤔

Squad Sgt. Robert Metivier says,"My 'kids' as I call them, all volunteered to donate their own money to grow mustaches for No Shave November. All the donations are going to the IM SAFE Children’s Advocacy Center in Ionia and Montcalm Counties.

"The pic idea came out as one of the Troops showed us a pic from the movie. This is the final pic before we all shave these monstrosities off."

WE LOVE IT! It's hilarious, and for a good cause!

Super Troopers is, of course, a movie that came out in 2001 about, "five Vermont state troopers, avid pranksters with a knack for screwing up, try to save their jobs and out-do the local police department by solving a crime," -- according to IMDb.

Go vote by RT'ing or "liking!"