The ride will officially be removed on Sunday evening. 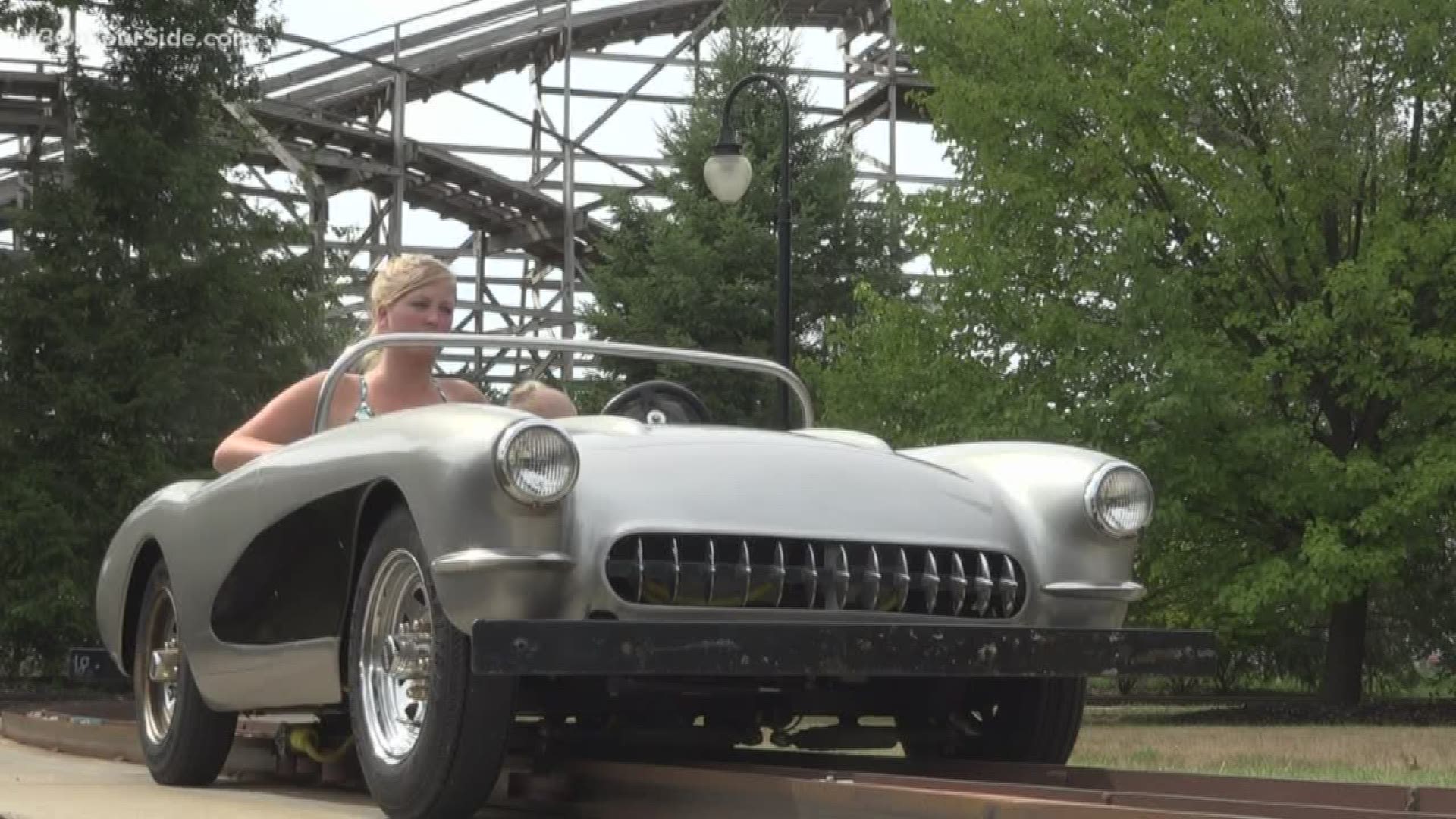 MUSKEGON, Mich. — It's a sad weekend for Be-Bop Blvd riders at Michigan's Adventure. The long-time, fan-favorite is being removed from the Muskegon amusement park starting Sunday evening.

The ride features a variety of vintage cars and music, giving kids the opportunity to drive like real adults. Be-Bop Blvd was introduced in 2002 and has enjoyed long lines and frequent rides by over thousands of Michigan's Adventure attendees.

"Even if you’re not big enough to drive, you’re always big enough to ride," saidLaure Bollenbach, Director of Marketing and Sales.

Michigan's Adventures has not specified why the ride is being removed or what will be replacing it in the future. However, Bollenbach said Be-Bop Blvd will be permanently closed.

For those like Anthony Jones, the news is heartbreaking. Jones, an 11-year-old boy with autism, struggles with rides in amusement park. However, his mother, Ebony Betts, said he's always felt safe riding Be-Bop Blvd.

"Some of the sensory is difficult...this is one of the first rides that I found it that we can ride on that’s okay for him, and he could tolerate it and it wasn’t overwhelming for him," she explained.

Jones was tearful today as he said goodbye to his faithful ride and favorite red car. The family planned on going on the ride multiple times before the day was over.

Others at the park expressed a similar sadness. Sixteen-year-old Gabby Howard said, "That’s wack. Memories right down the drain I guess." And father of two, Thomas Larson, echoed those sentiments, saying "I'm a little sad. Driving is a big thing, and when they grow up they'll learn how to drive like everyone else, hopefully, but it was a good ride."

Betts said while it's sad to see the ride go; she hopes it will be replaced by a new one with even more inclusive features.

"I would hope it’s still something that’s gonna be sensory friendly for everybody with all type of abilities, not just autism, because you have a lot of people affected by a lot of different disabilities," she said.