13OYS Mornings: On the road at Frederik Meijer Gardens

For the last couple weeks, the 13 ON YOUR SIDE Morning Show will be live from a different location in West Michigan. This Friday, it's the Meijer Gardens in Grand Rapids. 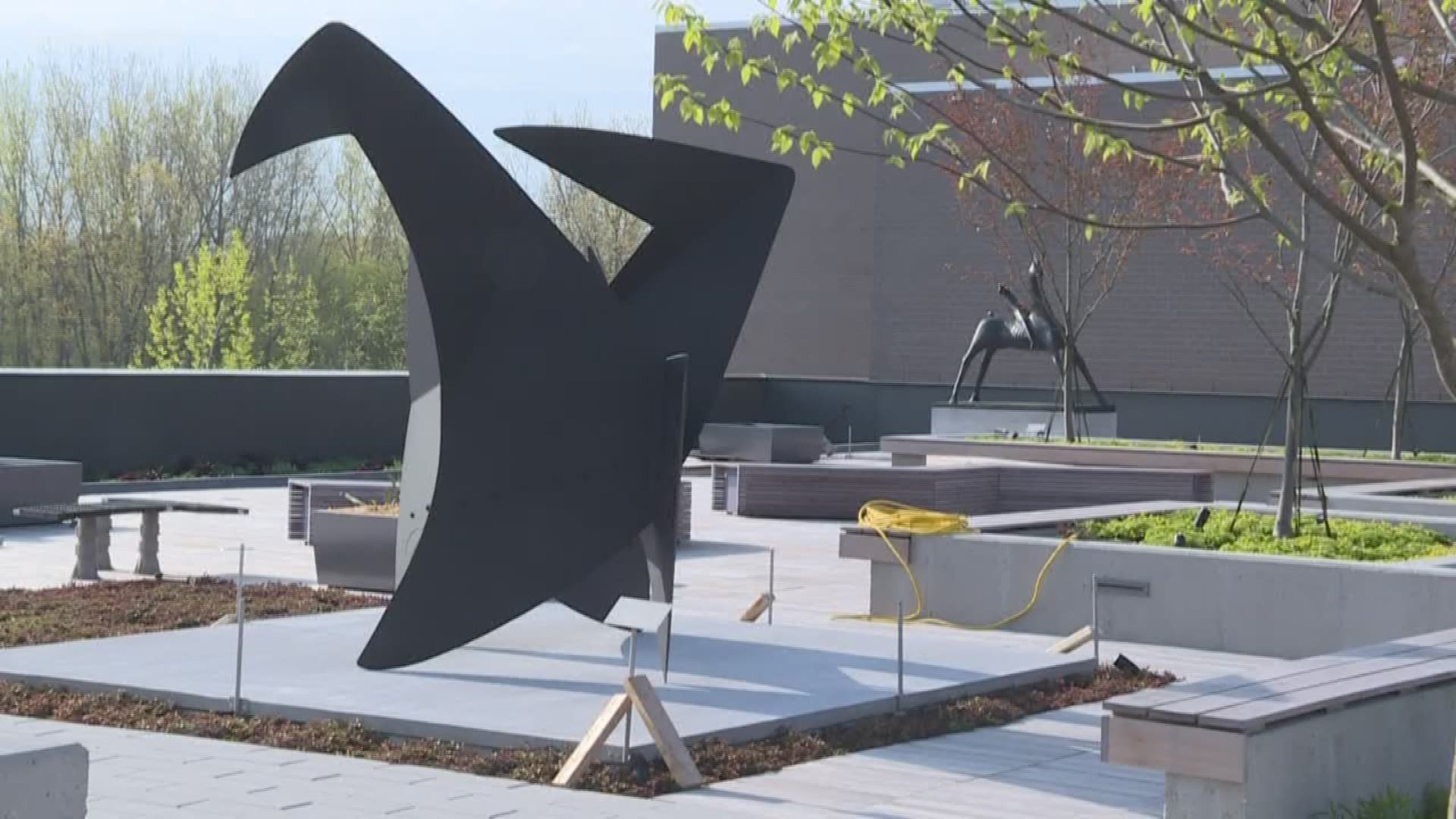 GRAND RAPIDS, Mich. - For the last couple weeks, the 13 ON YOUR SIDE Morning Show has been live from a different location in West Michigan. On Friday, May 17, Kamady Rudd and James Starks got a first look at the new rooftop garden space at the Frederik Meijer Gardens in Grand Rapids.

The Stuart and Barbara Padnos Rooftop Sculpture Garden has been officially opened to the public. It sits on top of the new Covenant Learning Center, overlooking the wetlands on the east side of the park and is currently home to four sculptures from the Smithsonian's Hirshhorn Museum and Sculpture Garden in Washington, D.C. 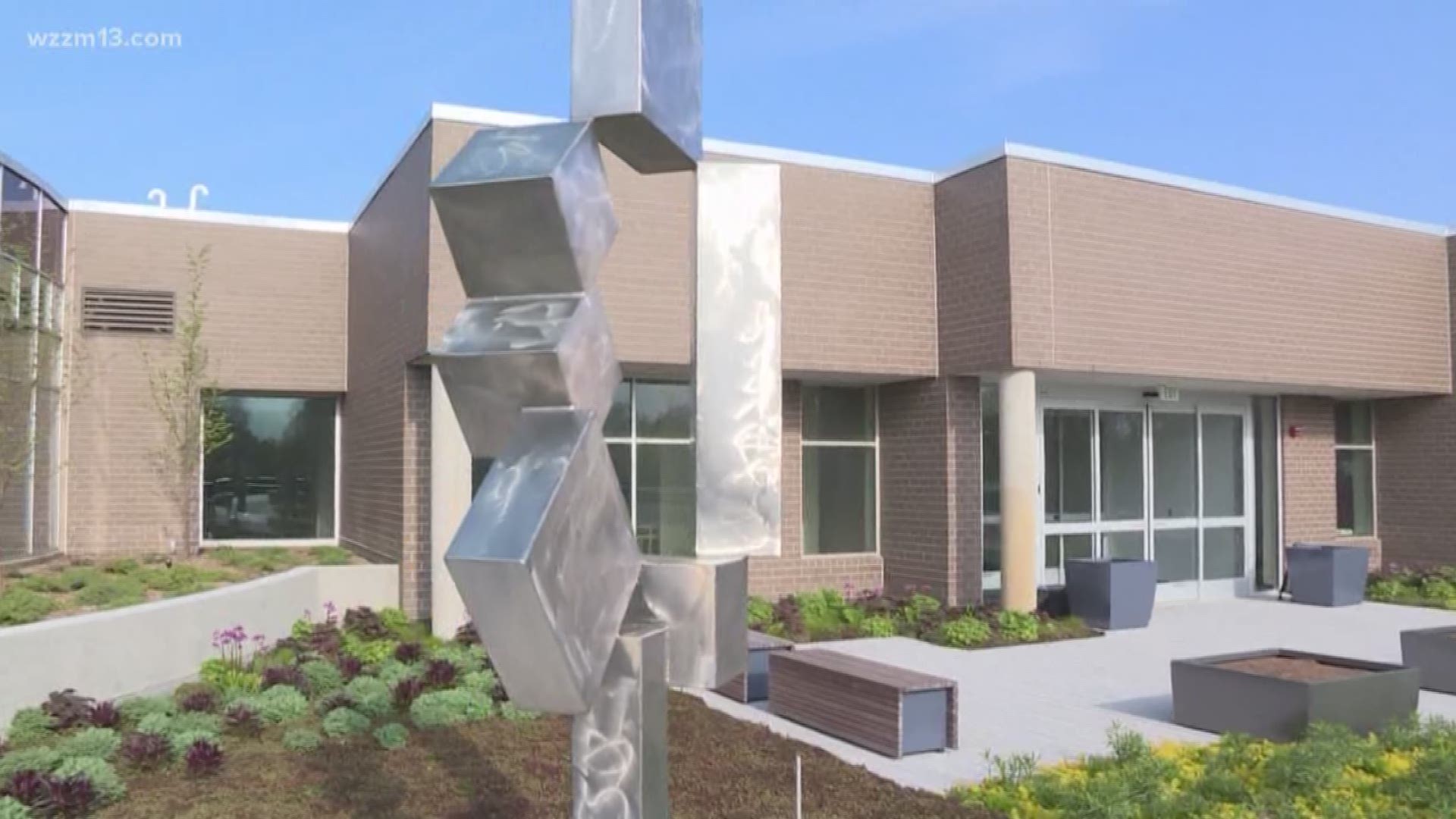 The rooftop garden space part of the Welcoming the World: Honoring a Legacy of Love expansion -- a $115 million project that is addressing the need for growth in the institutions 24-year history. 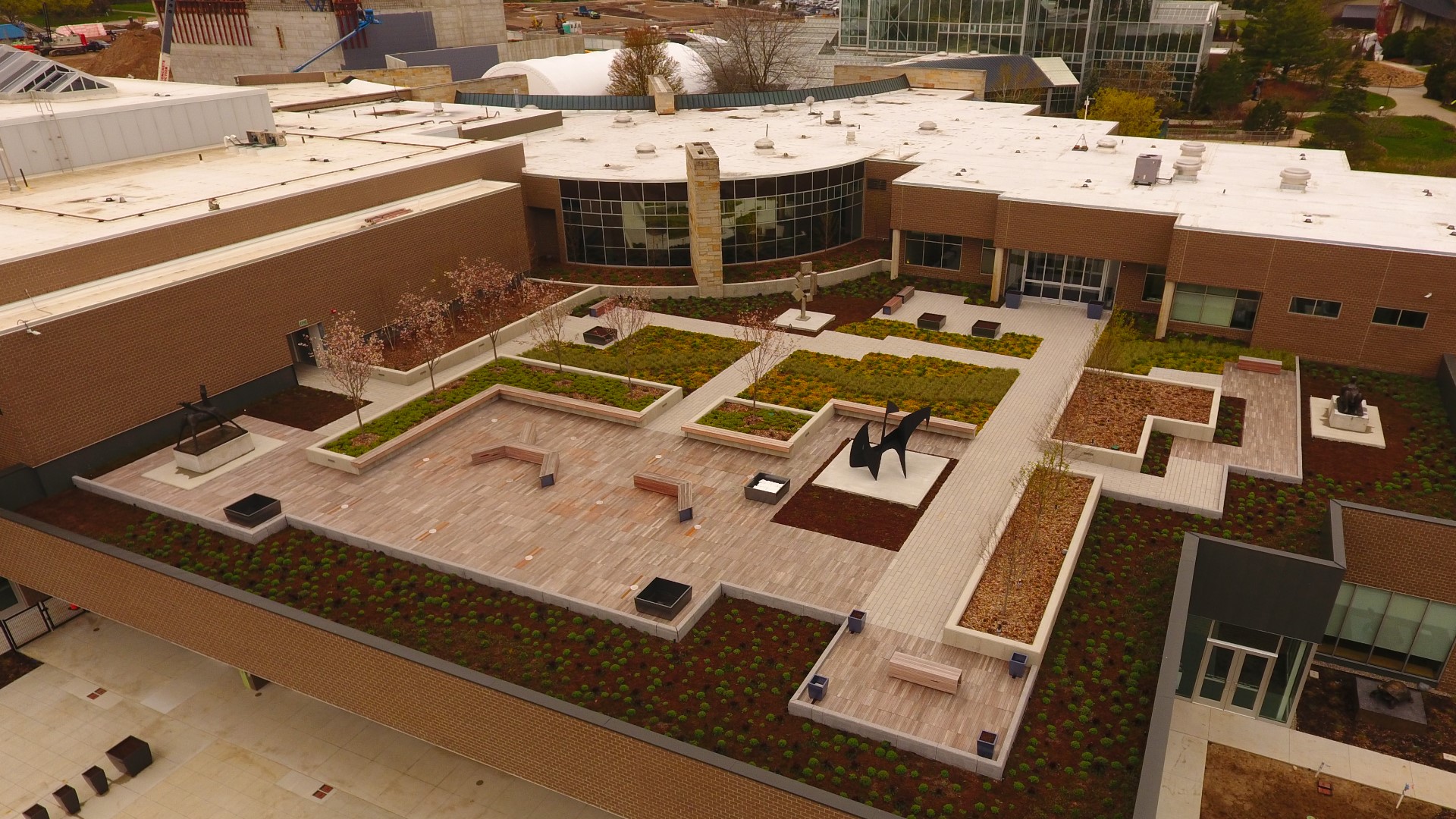 The expansions and renovations come to an end just as concert season kicks off in a couple months. Meijer Gardens has already announced to 2019 summer concert series lineup. The first show is Nahko And Medicine For The People on June 6.

The Mayor's take
James was able to catch up with Mayor Rosalynn Bliss and talk about Grand Rapids Police Dept.'s current search for a new police chief, the city's budget and renewable energy efforts. 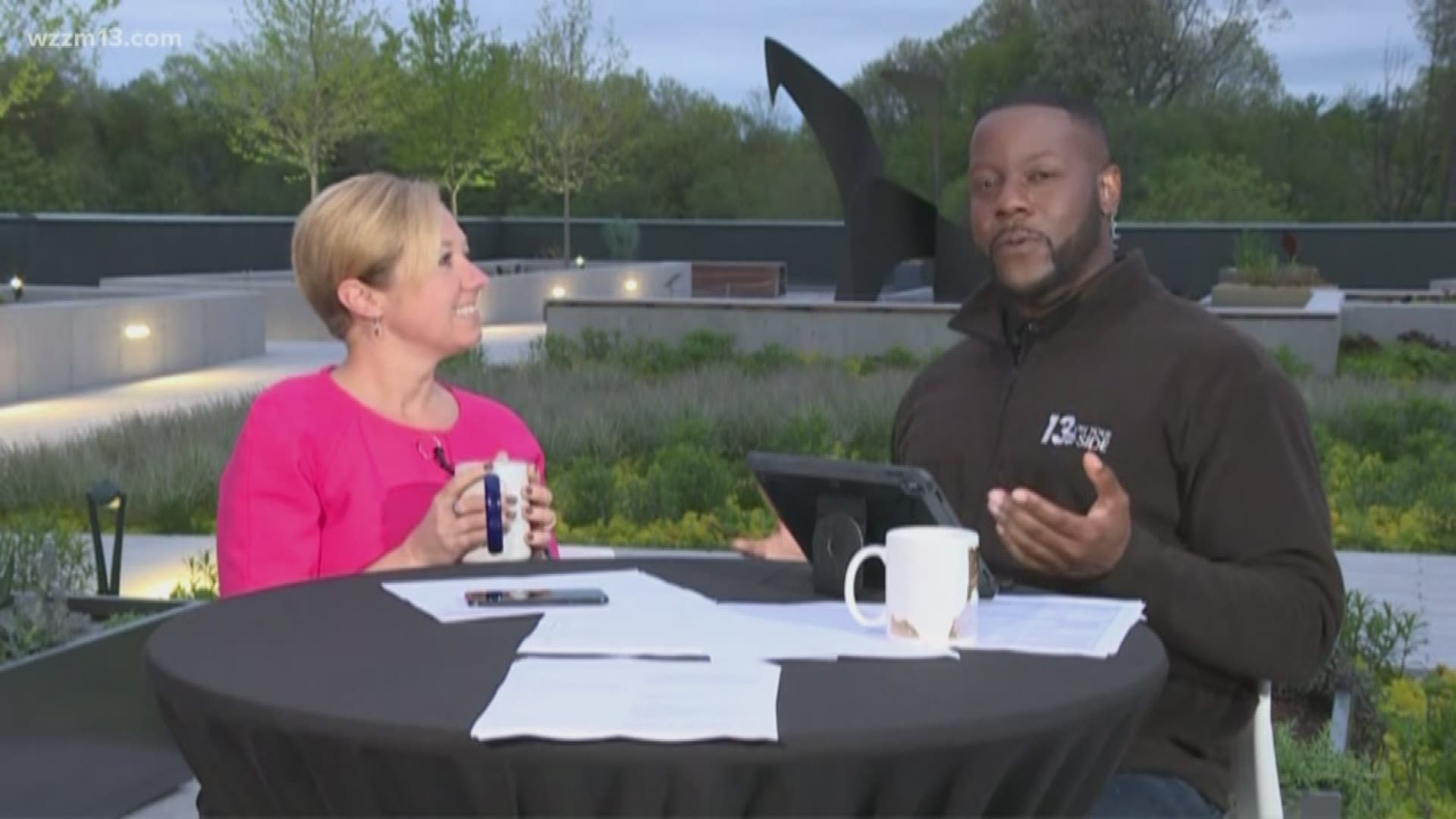 Becoming a cycling city
Friday, May 17 is National Bike to Work Day and the City of Grand Rapids is working toward being a safer place for people on two wheels by actively building up its bike infrastructure and culture.

Serving those who served us
This Friday, May 17 is Operation United. A one day event by Heart of West Michigan United Way that mobilizes over 250 volunteers from Home Depot and deploys them to 26 homes throughout Kent County including Sparta, Rockford, Caledonia, Wyoming, Grand Rapids, and Walker.

13 ON YOUR SIDE's Angela Cunningham caught up with one of the veterans, Celica Glynn who lives in Grand Rapids. She served in the Army and Air Force for more than 17 years. She left the service due to an injury and that same injury as left taking care of her home much more difficult than before. 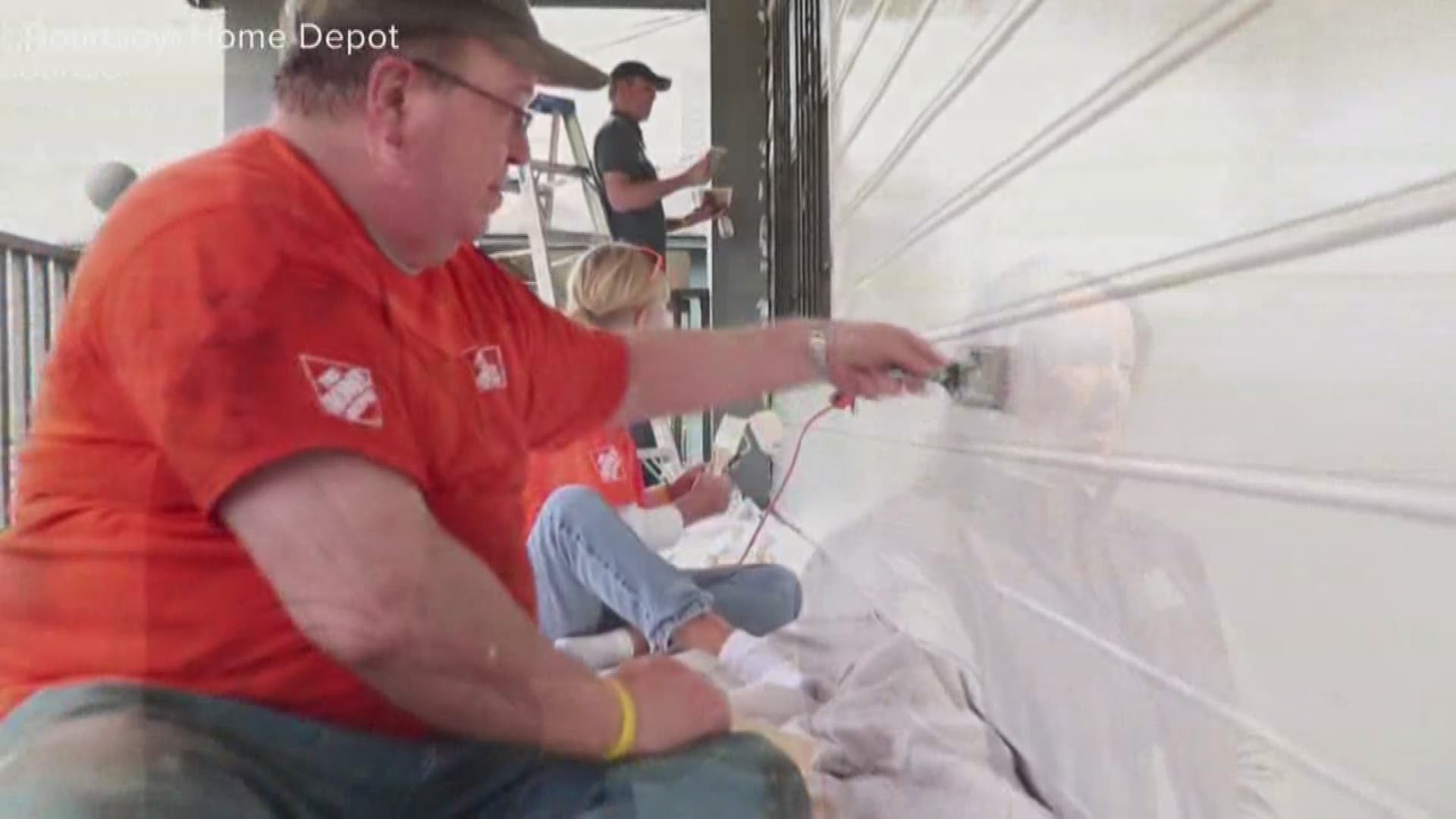 Lousma is being recognized for his longtime military career that includes more than 7,000 hours of flight time, as well as his time as Captain in Command for Apollo 13 -- receiving the famed “Houston, we have a problem” message.

ROAD PROJECTS & OTHER CONSTRUCTION
The City of Grand Rapids will start its 6th season of ramped-up road construction thanks to voter-approved Vital Streets Initiative.

Commuters of downtown Grand Rapids will see there is no shortage of construction to the roadways. A huge project is adding a new westbound I-196 on-ramp to Division Avenue. The $1.87 million project started back in April and won't end until July.

Work on the downtown development Studio Park persists. The first five retailers were announced back in April and include: The Funky Buddha Yoga Hothouse, Pump House Frozen Yogurt, Leo’s Coney Island, Malamiah Juice Bar and the development’s flagship restaurant, One Twenty Three. The five will be the first of many to call the 62,500 square-foot development home.

Construction on the Hyatt Hotel is nearly done as well. It's located on Ottawa Avenue in the Warner Building. It has taken about two years.

EDUCATION
Grand Rapids Public Schools has been searching for a superintendent for months now. The board just recently named Dr. Ron Gorman as interim superintendent while the search continues for a permanent person. GRPS has turned to a national firm to help find candidates.

In higher education news, Grand Rapids Community College has launched an effort this week to raise the final $3 million of a $15 million plan to increase scholarships and expand and improve on campus facilities.

RELATED: GRCC to reach out to students who earned, never claimed associate degree

COMMUNITY
There are a number of community events and programs that work to improve the lives of Grand Rapids residents and their children. The Kroc Center and GRPS are holding free swim lessons to ensure that area children are safe at city pools and on the lake. The Whitecaps and YMCA have partnered together for another summer of baseball as well.

Check out Movies on Monroe this summer, the summer lineup is right here.

FOOD & BEER
Beloved, local Caribbean restaurant Chez Olga has been struggling in some ways, but will hopefully see new success after this month. The Food Network's Restaurant Impossible will be coming to Grand Rapids on to turn the restaurant around. 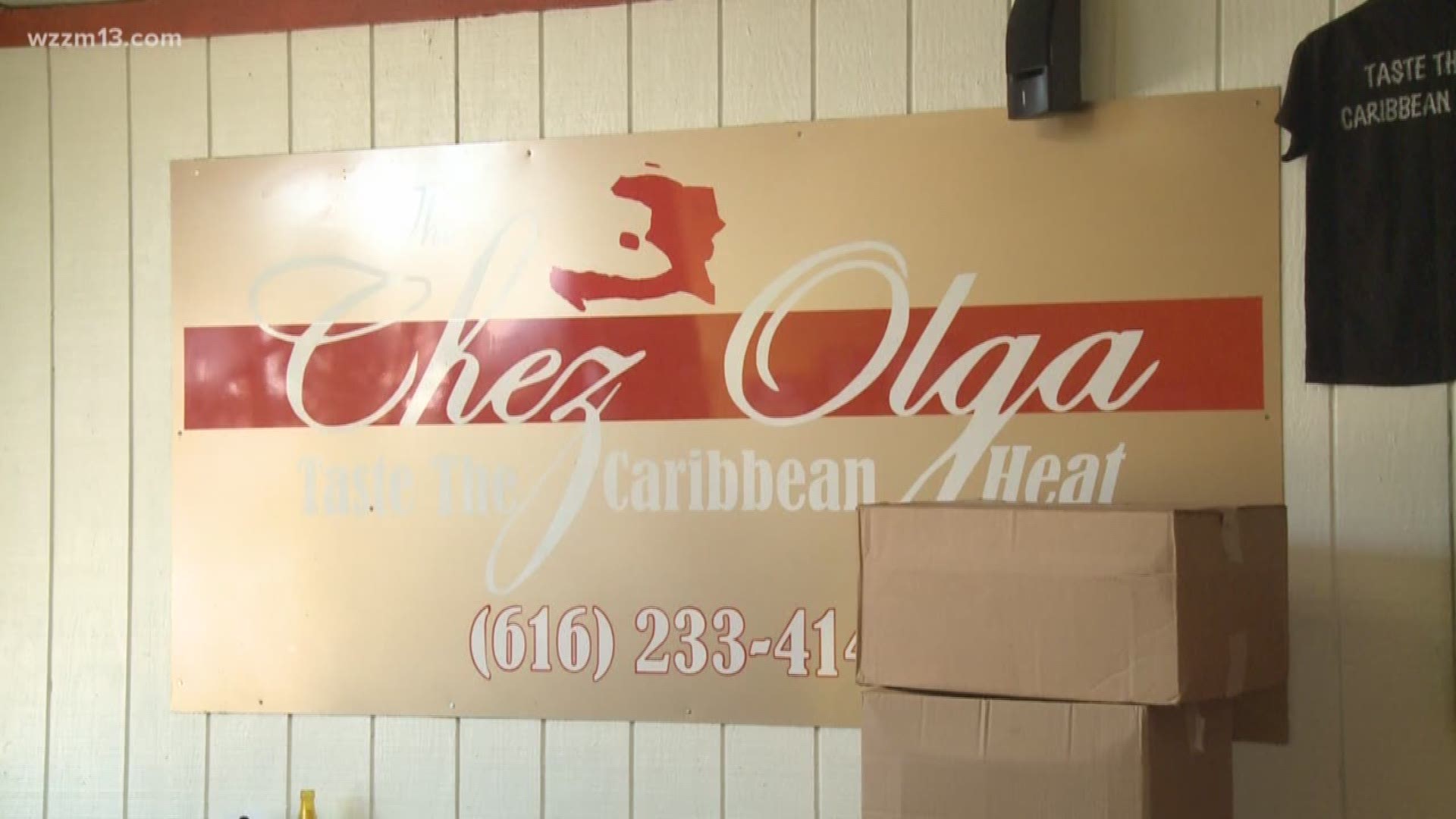 Three of the best-known tiki entrepreneurs and artists are teaming up to create Max's South Seas Hideaway, a three-story tiki bar, restaurant and boutique located in the historic Waldron Public House. It's set to open in August.

Looking to the weekend
There's never a shortage of things to do in Grand Rapids. Here's a rundown of some of our top picks: 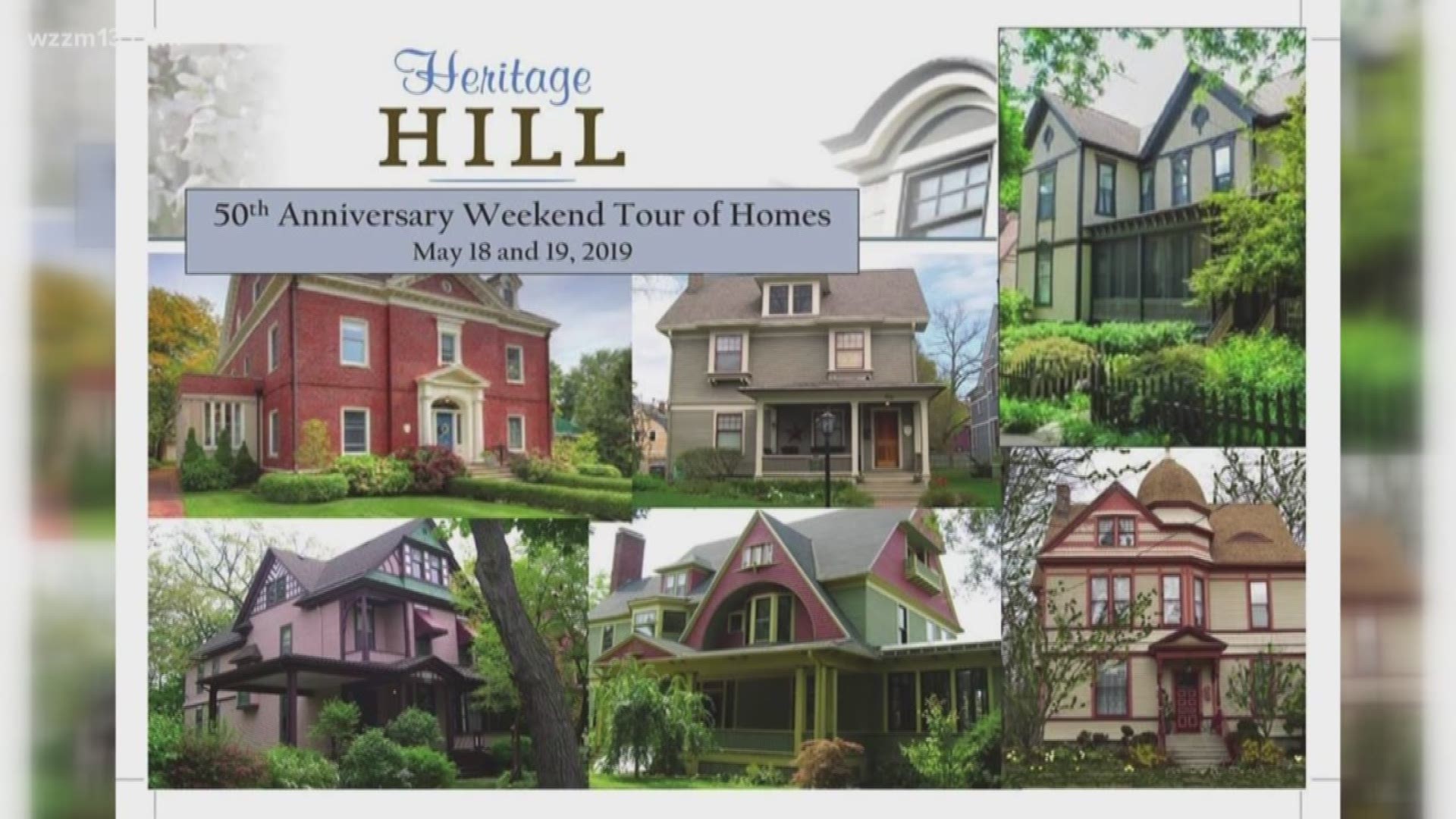