13 ON YOUR SIDE's Laura Hartman is still out, but that doesn't mean James Starks is taking on Sunrise Sidelines solo! Instead, we enlisted the help of two student co-hosts: Caden Boersma and Chris Horvath.

Caden is the starting quarterback for the Sailors and Chris is on the tennis team — both are a part of the Sailor Broadcast Daily news. The trio kept the students pumped all morning long!

Order up at the Anchor Cafe!

Mona Shores boasts one of the country's best high jumpers.

Mona Shores is proud of their cheer team.

This week, we have a special guest on Sunrise Sidelines. You may know him as the NFL quarterback who played for the Buffalo Bills. Did you also know he's a Mona Shores alum? He's back to catch the game Friday night.

It wouldn't be Sunrise Sidelines if we didn't hear from the band. The Mona Shores Marching Band

In true Sunrise Sidelines fashion, James took a little lunch break and "crashed the cafeteria." It's the perfect time to hang out with the students and maybe grab a slice or two of pizza.

GET YOUR HEAD IN THE GAME

Each week of Sunrise Sidelines, we always bring some friendly competition to the show. This week, we sat down three staff members to get messy!

The Mona Shores Sailors went 12-2 last season and came up just short of a state title game. Much of their talent from last year's team is gone and this season they've been in a "rebuilding mode."

See the team in action Friday, Oct. 11 when the Sailors face the Jenison Wildcats at Mona Shores High School at 7 p.m. 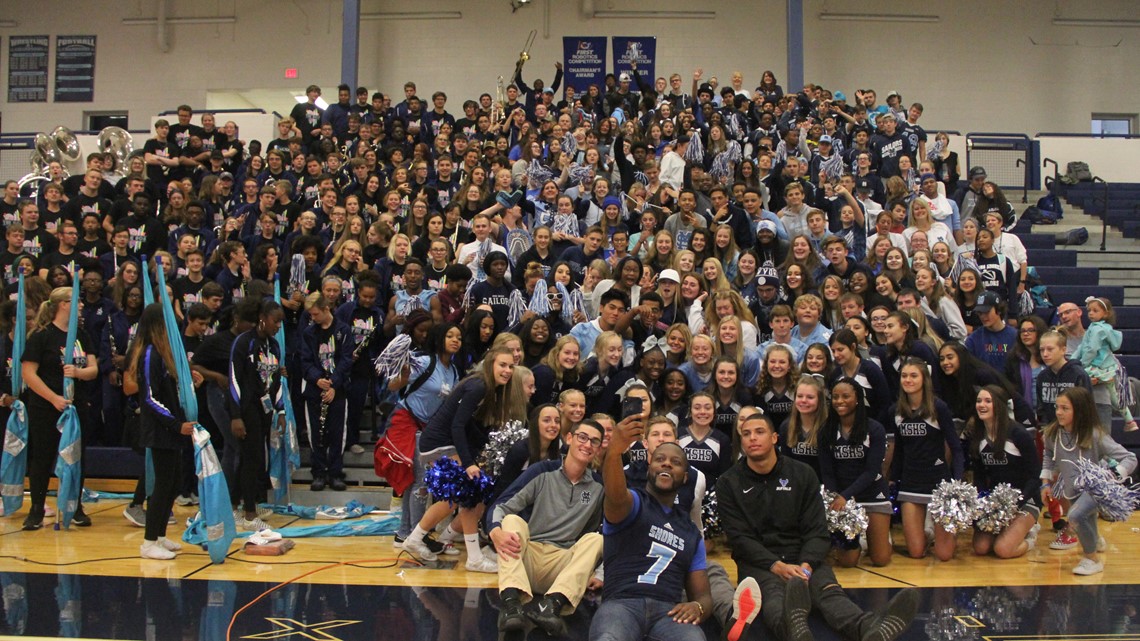