Deputies say during the chase the suspect fired multiple rounds from his vehicle at police.

Credit: File photo
Logo of the Michigan State Police on a patrol vehicle
Author: 13 ON YOUR SIDE Staff
Published: 2:15 AM EDT August 15, 2021

KALAMAZOO COUNTY, Mich. — UPDATE 6 P.M.: Deputy Ryan Proxmire succumbed to his injuries Sunday evening after being shot in the line of duty.

UPDATE: A suspect is dead and a deputy in critical condition after an incident in Kalamazoo County Sunday morning.

Deputies from the Kalamazoo County Sheriff's Office say they made contact with a suspect at the Shell gas station on 35th Street in Galesburg before midnight on Saturday.

They say the suspect had been involved in a pursuit earlier in a neighboring community.

Deputies say the suspect produced a handgun and pointed it at them before driving away toward MN Avenue.

Police pursued the suspect's vehicle and deputies say during that time the suspect fired multiple rounds from his vehicle at deputies.

A deputy was hit by gunfire, causing the patrol car to go off-road. The pursuit continued into an open field, where the suspect's vehicle became stuck. Police say the suspect exited the vehicle and began shooting at deputies.

Investigators say the deputies returned fire and the suspect died at the scene.

The injured deputy, identified as Ryan J. Proxmire, was taken to a local hospital where he remains in critical condition.

The incident is still under investigation by Michigan State Police.

Just before midnight, MSP Southwest tweeted that they were on a scene at South 44th Street south of East Q Avenue to investigate the incident. They ask the public to avoid that scene and a secondary scene at E MN Avenue and 38th Street.

It is unclear the circumstances surrounding the shooting.

This is a developing story. We will update it as we learn more. 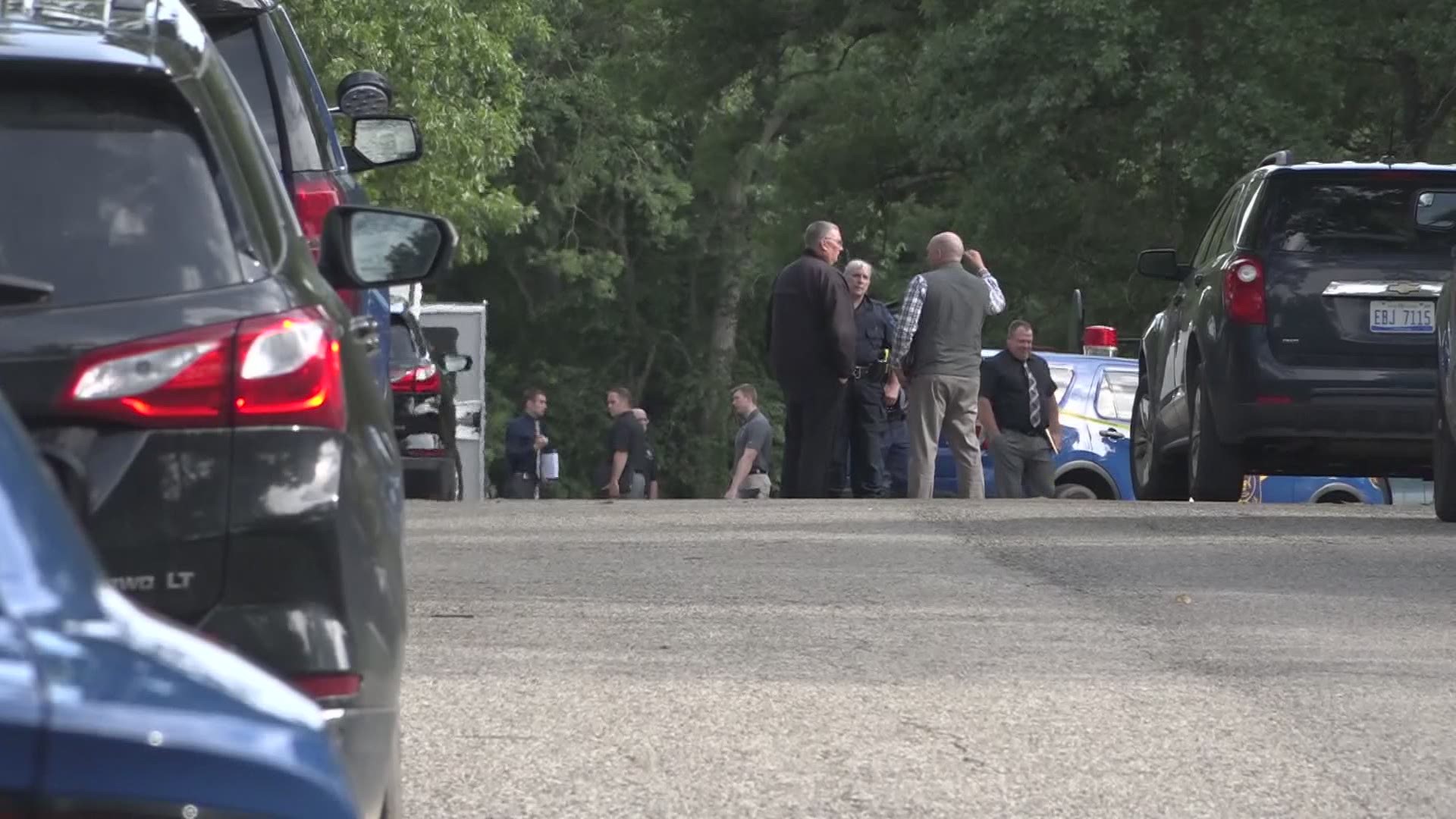