"These artists are going to turn these walls into canvases that hold this liberated art that is hopefully designed to reclaim our neighborhoods." 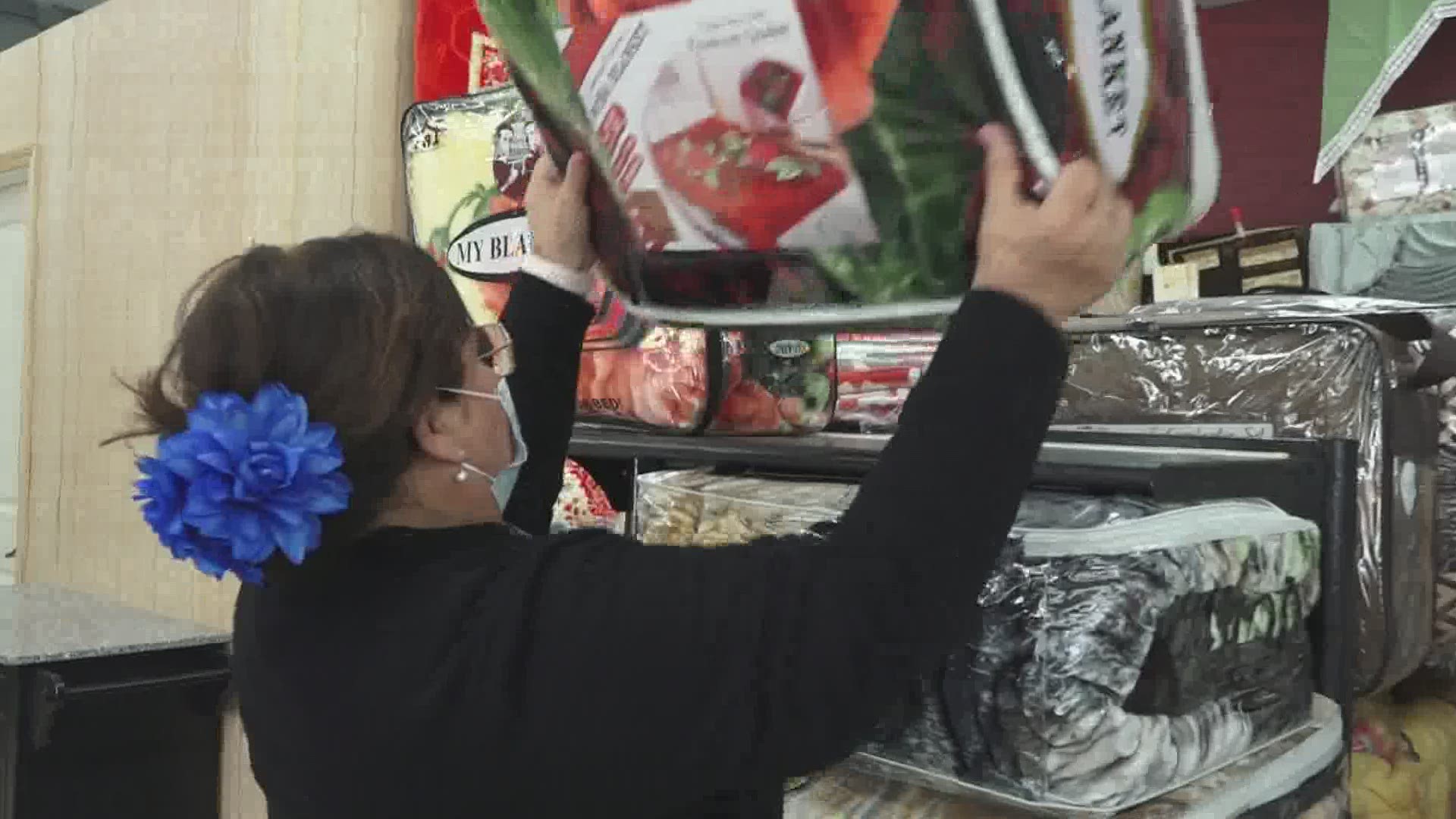 An anti-racist art project on the southside of Grand Rapids aims to empower students and community stakeholders to change the narrative and reclaim the 49507 zip code.

"The southwest and southeast side has a beauty and culture that doesn't exist anywhere else in West Michigan. It's specific to our area, it's beautiful, it's powerful, and far too often all we hear are the bad stories that happen in our neighborhoods," said Marcel "Fable" Price, the executive director of The Diatribe, the nonprofit leading the project.

The 49507 Project is a multi-year, multi-faceted project that will begin with murals from seven Black and brown artists on businesses owned predominately by people of color.

The project brings hope to business owner Angelica Velazquez, who says for the more than two decades she's called the South Division Corridor home— she's seen little change or investment in the community she loves.

She wants that change to be in the hands of those who live and work there.

"I think this is a great opportunity now to improve something for this community, and the opportunity for us to grow, too," said Velazquez, who owns La casa de la Cobija.

The Diatribe team started The 49507 Project in the classroom earlier this year, and as the project grows there's more opportunity for community support.

Starting in February with the "Writing to Right Wrongs" curriculum, The Diatribe members in partnership with the Fair Housing Center of West Michigan taught Ottawa Hills High School students about gentrification, redlining and housing discrimination. Included in the lesson is the history of Grand Rapids' housing market dating back to the 1930s.

"There were major places in Grand Rapids, that were zoned as dangerous and not worthy investments, and the only reason they were zoned that way is because people were Black and brown, which is why there's so little generational wealth, when it comes to our Black and brown neighborhoods," Price said, who is also the former Grand Rapids poet laurette.

The nine-week program ended with listening sessions with the seven artists, who will draw from the students ideas to create murals that represent their neighborhoods.

Muralists asked students a series of questions, like “if you had art that reclaimed your neighborhood, what would that look like?”

At the end of the month, The Diatribe will host four community listening sessions with over 100 community stakeholders with the support of the Garfield Park Neighborhood Association and Grand Rapids Area Black Businesses. The paid listening sessions will help inform the artists before they draft their murals later this year.

A grant has also allowed for a paid canvassing effort of over 5,500 homes in the Garfield Park neighborhood.

"We're gonna ask them like 'Hey, what ways do you want to see your neighborhood change and evolve?'" Price said.

The information gathered throughout this project will serve as a blueprint for change created by those that live in the community.

How to get involved

The Garfield Park Neighborhood Association is looking for canvassers for this project, these are paid positions. Folks can reach out to their executive director Angela Cluley for the application: cluleya@umich.edu

People who are bi-lingual are highly encouraged to apply due to the demographics of the neighborhood, Price said.

People who want to volunteer, and help prep mural walls can email Fable@TheDiatribe.org

If people would like to contribute to the project, they can do so here:

"These artists are going to turn these walls into canvases that hold this liberated art that is hopefully designed to reclaim our neighborhoods," Price said.

The seven confirmed muralists and businesses include:

"This year we're doing seven murals, next year we might do seven to 10 murals, but if we can get the city to zone the southside as a Multicultural Arts District, and we can get 10% of development, every year have Black and brown made sculptures and art projects and bring the money into our school. Can you imagine how visually our neighborhood would change?" Price said.

For Velazquez, she's ready to see better opportunities provided to the community, like a youth center, which she's long dreamed of.

"I feel proud and blessed to be in this corridor and be part of this community," she said.