'Mushroom mania!': Species in West Michigan could be deadly to people, pets

Dennis Dunlap added that there are also other types of mushrooms that aren't deadly, but can make you sick. 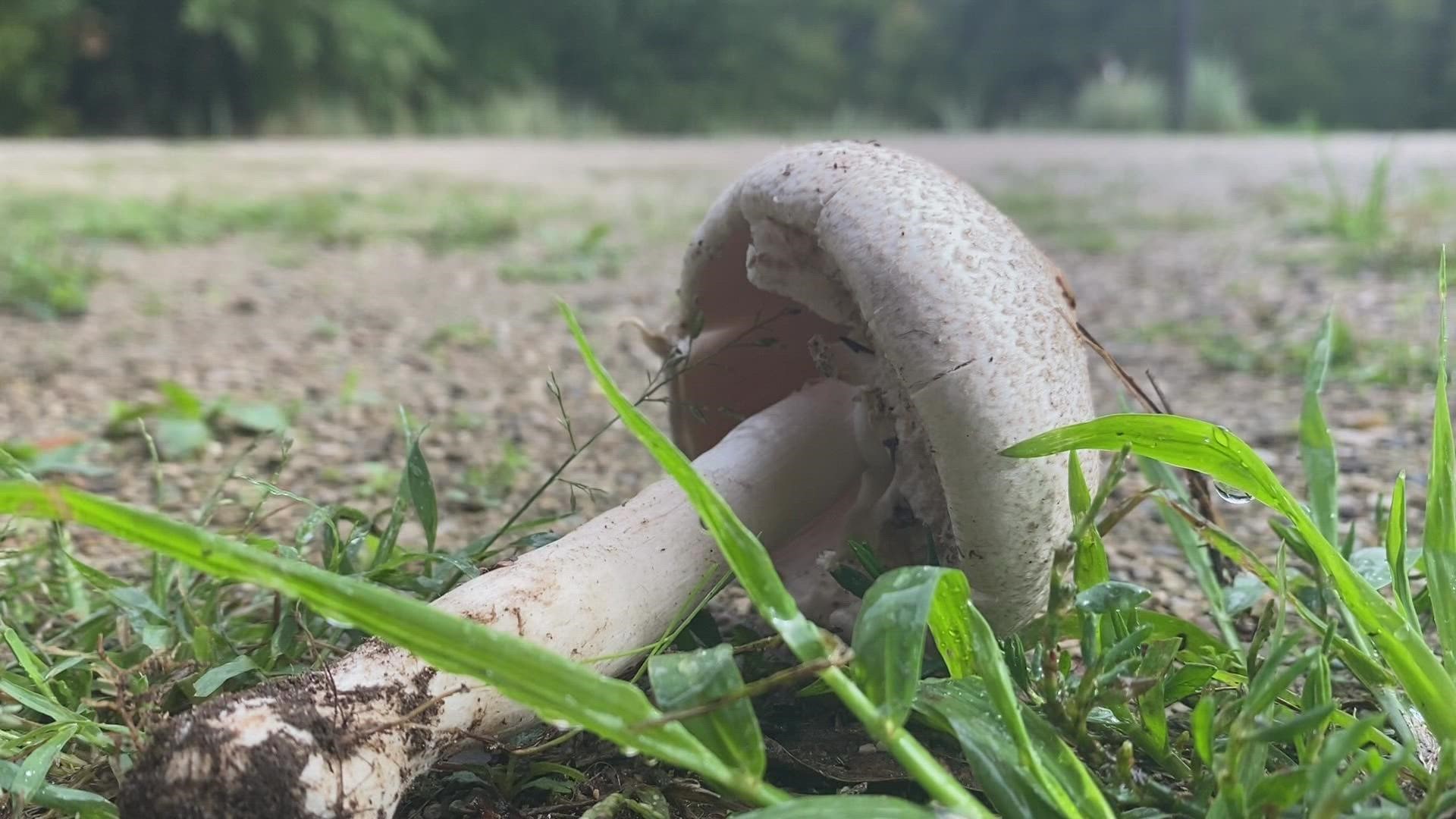 WEST OLIVE, Mich. — Have you noticed mushrooms popping up all over West Michigan? There's a reason for that, but be cautious when you go picking; some could be deadly for you or your pets.

13 ON YOUR SIDE spent the afternoon with fungi expert, Dennis Dunlap, from Zeeland, to learn more about uptick in mushrooms.

"The fall, like September and October, is peak season for mushrooms," Dunlap said.

Dunlap said that mushrooms need a lot of moisture to grow, so all the rain we've been having created a great environment for that.

"If it was really dry, we wouldn't be seeing all these mushrooms," he said.

So which mushrooms are safe to eat? According to Dunlap, the most popular of those you might find are the Shaggy Mane, Chicken of the Woods, and Puffballs.

"If you cut open a puffball and it's all white inside, that's a good way to know that it's safe to eat," said Dennis Dunlap.

But also growing this time of year are some deadly species of mushrooms, like the Destroying Angel.

"It's a pure white mushroom and it's a lookalike for some ones that are edible," said Dunlap, "so you have to be very careful when you're picking."

Dunlap added that there are also other types of mushrooms that aren't deadly, but can make you sick.

Michigan State University has a great resource for knowing the safety of mushrooms you might see. You can find that here.

So what about our pets? Are these deadly for them too? Dunlap says yes.

"A lot of the same ones that we can't eat, dogs and cats can't eat either," he said, "so it's a good idea to keep an eye on dogs in the yard or while out on walks."

Dunlap added that not all mushrooms bad, and they are actually important to the ecosystem for several reasons.

"They break down grass, leaves, and dead wood," he said, "which helps break that stuff down and return it to the soil and into the air."

He also said that mushroom hunting and picking is a hobby for many people, and it's an activity he too enjoys.

But when it comes to picking mushrooms to eat, you do have to be careful, so Dunlap said if you're not sure, it's better to leave the mushroom off your plate.

"The only way really is to know the mushrooms and there's no easy way to tell," he said.