Police in Muskegon Heights are investigating after a man was nearly robbed and ended up running over one of the suspects. 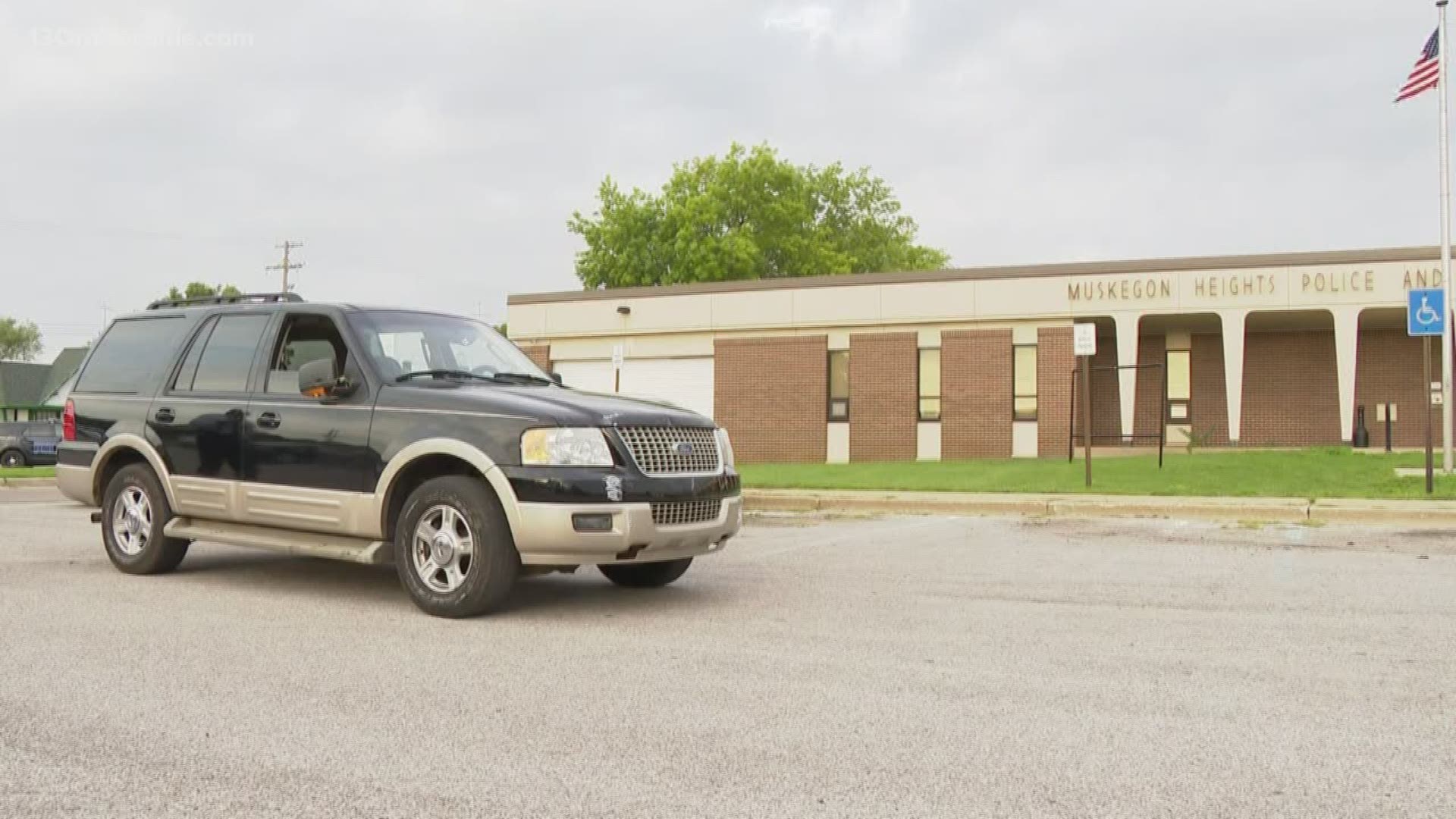 According to Muskegon Heights Police Chief Joseph Thomas, a man came into the department early Tuesday morning and reported that two other people tried to rob him in an alley off East Delano Avenue near Reynolds Street. The victim told officers he ran over one of the suspects with his car.

When authorities arrived on scene, they found two people matching the suspect's description and one of them suffering from injuries consistent with being run over. Chief Thomas believes the man injured by the vehicle has broken bones but is expected to recover from the injuries.

The driver told police the men in the alley had guns and were wearing masks, but police did not find any at the scene.

The man driving the vehicle showed up at the police station and admitted to running over the suspect, but only after the second suspect tried to rob him at gunpoint, police said.

The driver is a local resident. His vehicle has been impounded and is being processed by detectives.

Chief Thomas did confirm with 13 ON YOUR SIDE that shots were fired in the area, but it was not clear whether anyone was hit. Police were photographing an SUV in the area that had bullet holes in it. Authorities are investigating those reports.

Chief Thomas said the three men are not under arrest, but they are being held and interviewed about the shooting.

Credit: 13 OYS
Authorities photographing a vehicle with bullet holes in it that may have been involved in the robbery and shots fired incident in Muskegon Heights early Tuesday morning.

The investigation is ongoing and will likely continue until Wednesday.

Anyone with information about this incident should contact the Muskegon Heights Police Department at 231-733-8900 or Silent Observer at 231-722-7463.